since the bean opted not to have a birthday party this year, we decided to have a playdate with her friend mini cee at disneyland.  it'd been a while since we all went to the happiest place on earth together, so we planned it out and threw in a dining reservation for a character breakfast to make it extra special.

we got an early start and arrived at the park just after rope drop.  the first thing we did was the haunted mansion, since the "nightmare before christmas" holiday overlay has been recently added and it's always a hot spot for parkgoers.  on the way there, we snagged some fastpasses for the indiana jones ride, which mini cee had never been on and is currently the bean's most favorite ride.

except that when we got to indy, we found that mini cee was just an inch shy of the height requirement.  boo.  luckily, it was early enough still that we were in and out of there in about 10 minutes, and then we headed over to thunder mountain.  we knew there wouldn't be any problems there, and we had a great time on the ride. 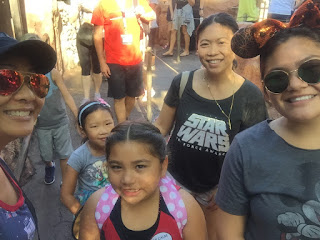 after picking up a couple more fastpasses - one for the "frozen" show at the princess faire and one for space mountain - it was time to check in for breakfast. 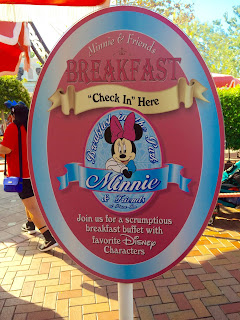 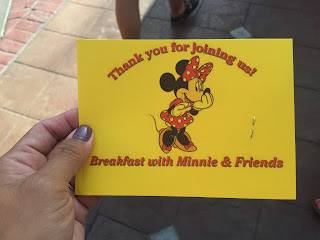 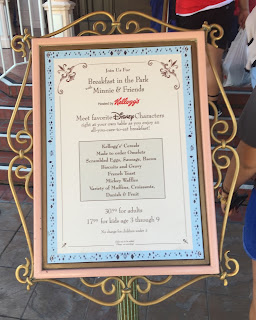 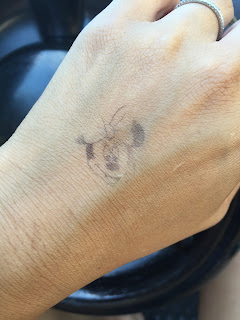 our first visitor to the table was goofy's son, max.  i don't know who max's mother is, and it actually took a few minutes for us to remember what his name was, but the girls were excited to see him anyway. 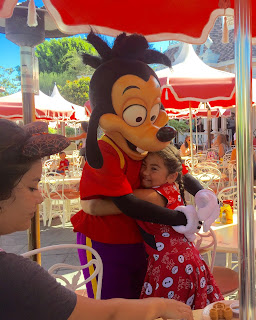 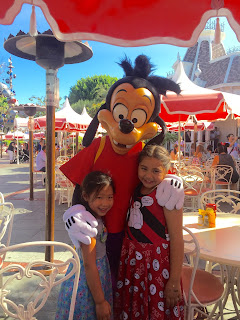 i love character greetings, but at that particular moment i was most excited for food. 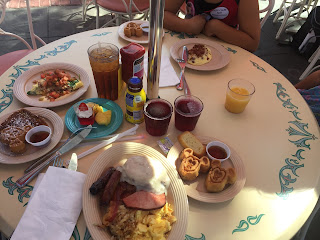 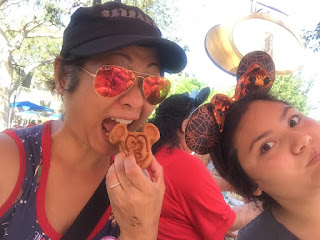 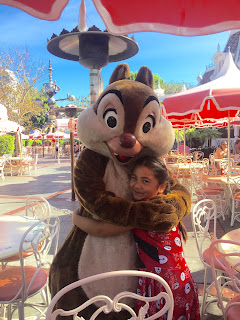 the lion king's rafiki came next. 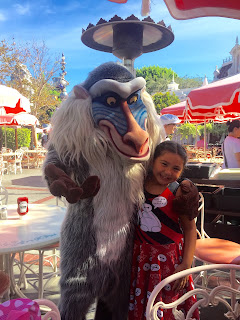 and for some reason, the old lady had an uncontrollable urge to pull his tail. 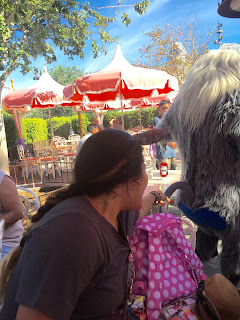 our hostess finally had a minute to come over and say hello. 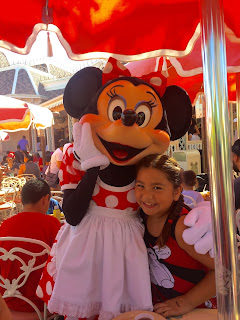 and when pooh arrived, i had to get up and give him a hug.  he's an old favorite. 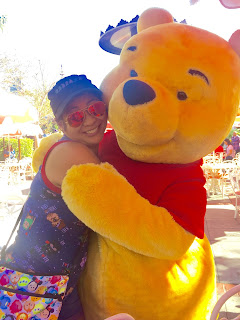 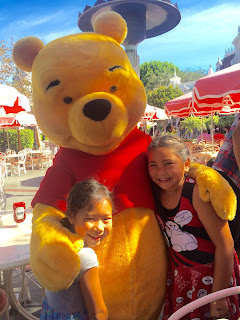 although space mountain is also near the top of the bean's list, mini cee was not a fan.  it took a few minutes afterwards (and the purchase of some cute new minnie ears in the adjoining gift shop) to calm her down and get her back in fun mode. 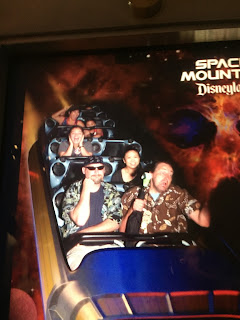 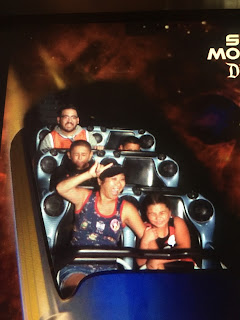 selfie with the birthday girl! 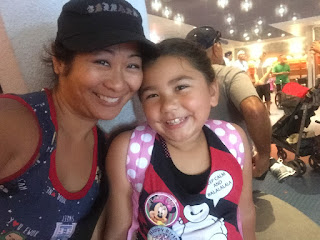 autopia was next, which i got to ride solo. 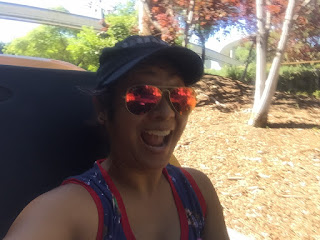 the "frozen" show was fun as always, and before we left we also managed to get on star tours, one of mini cee's other favorite rides.  the old lady needed to get back home to get ready for a late shift at work, and so we capped off our disneyland morning with a nice cold sweet treat. 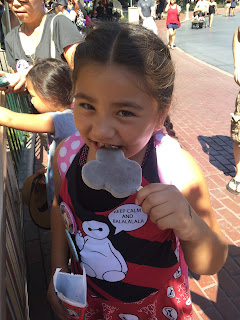 and with that, the bean's birthday princess week is in full effect!  can't believe my girl is going to be 8 - as of tomorrow, we get to ditch the car seat.