part of the chEAR squad

one of the things we'd had the foresight to register for a few months ago was to join the contingent of scouts (both boy and girl) who gather inside angels stadium to cheer on the runners of the disneyland half marathon.  i remembered how much fun it was to run through the stadium and hear all of those people shout out words of encouragement and see the kids holding up signs with stuff like "you can do it!" and "almost there!"  and since i'd decided not to register for the run itself, i thought it would be kind of awesome to be on the other side for once - and drag my girl scouts along for the ride.

the biggest obstacle we had to overcome was the notion of having to get them up super early and check in down in anaheim by 5am.  although the bean grumbled about it a little, she was bright eyed and bushy tailed when it was time to go.

as one would expect, there was zero traffic at that hour.  we found ourselves pulling into the parking lot in no time at all, and my co-leader hopped out of the car to get us checked in with the cast members at the table. 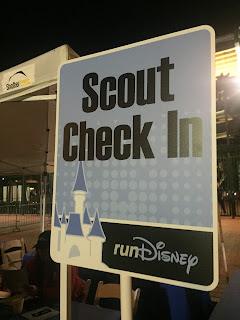 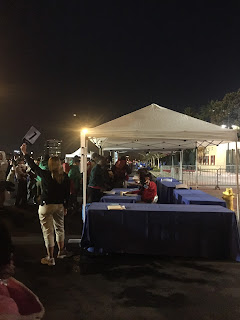 once we'd gathered all of our girls together - we actually only had four girls show up - we headed to another table and received our return time ticket.  this one told us when to head back out and collect the free disneyland tickets we were earning for our hours of cheering. 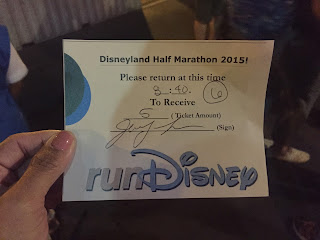 then it was time to get in the long line and be herded like cattle all the way from the parking lot into the stadium itself. 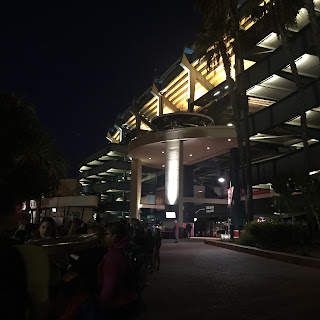 it was still so dark, it looked like we were there for a nighttime game. 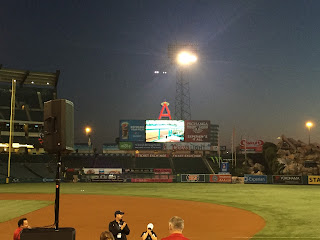 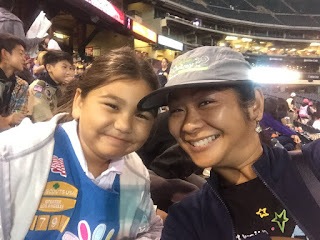 we'd brought plenty of snacks and drinks, so while we waited for the first group (the wheelchair participants) to arrive, everyone munched on stuff like pop tarts, mini donuts and chocolate milk.  i know, i know - but we all needed that sugar rush.

first, the pacer on a bike arrived, and then finally the first wheelchair came rolling through.  he's a little hard to see, but you can see him if you look really closely. 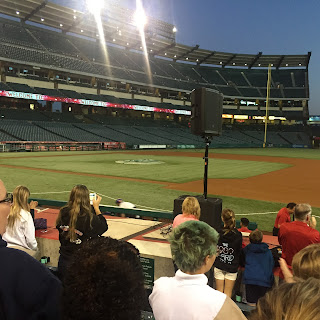 a little while later, another pacer rolled through followed by the first runner.  he was a local guy from fullerton, and beat out 25,000 other runners with a finish time of 1:08.  that's insane, man.  i can hardly run a 10K in that amount of time. 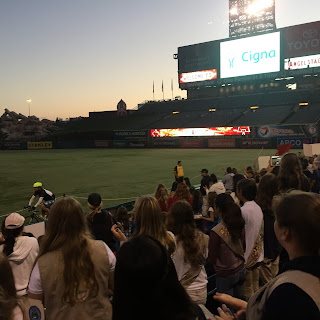 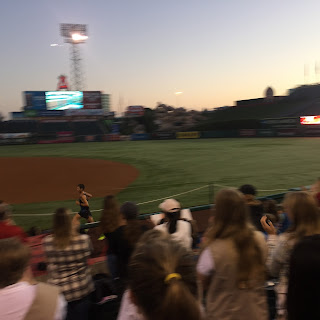 we were having a blast cheering for them - well, okay, i actually think we chaperones were enjoying it more than the girls were.  still, they were happy to be hanging out together in a different setting.  and they perked up a little when the runners coming through started looking a little more colorful.  here, our first costumed runner dressed as peter pan. 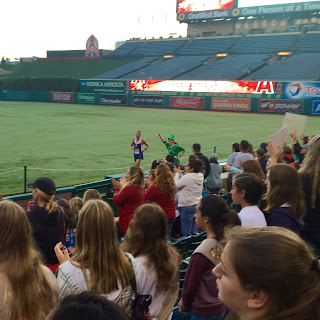 meanwhile, this dude was hard at work getting the field all ready for a game later that day.  it was funny to watch him just go about his business, seemingly oblivious to all of the activity and noise that surrounded him. 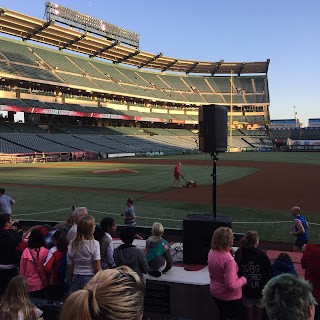 i was having a ton of fun, shouting into the megaphone and shaking my pompoms like a madwoman. 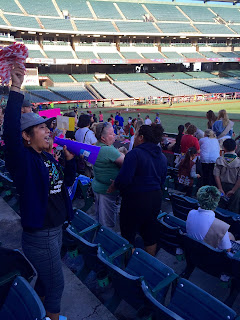 although i got momentarily distracted by the two ladies in front of me who were engaged in quite a heated conversation about - well, i don't even know what.  i just know that there were a lot of angry hand gestures, dirty looks and hissing back and forth. 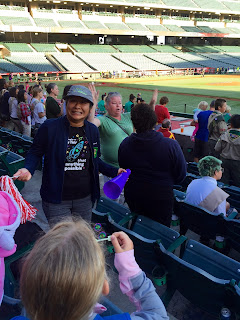 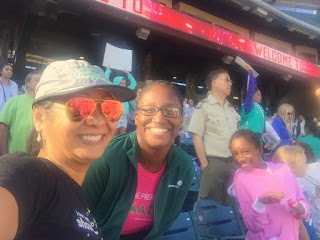 i got this fun shot, although when i took my hat off to keep it from casting a shadow across my kid's face, i ended up showing off my super sweaty head.  lovely. 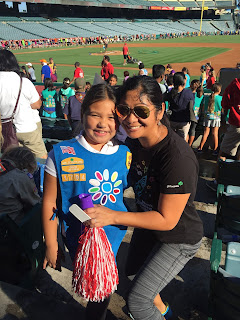 and while my co-leader was in the potty, i managed to sneak in a group photo. 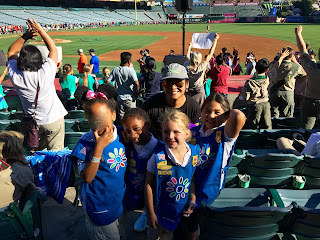 the girls eventually moved on from eating to cheering to blowing bubbles to...this.  the boys behind them seemed pretty amused by their antics. 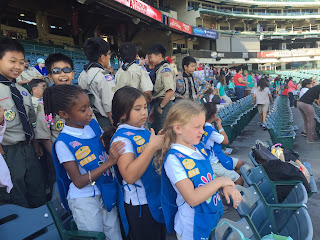 after we received our tickets, the cast members told us that we were free to go.  and although i really wanted to stay until the last runner had come through, i knew the girls were tired and burnt out.  they'd hung in there for over four hours, and had done a great job of the task they'd been assigned.  before we left, we got a picture of all of us: 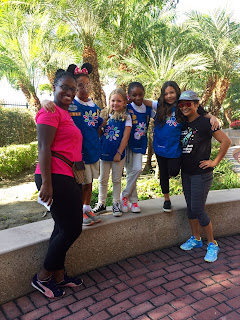 those tickets are pretty good - a one-day park hopper pass valid for a whole year. 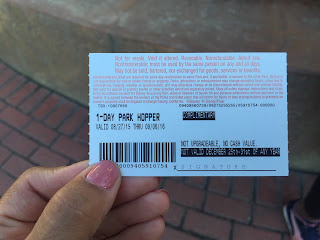 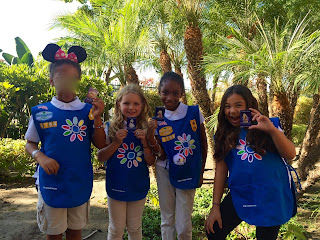 one last selfie for the road: 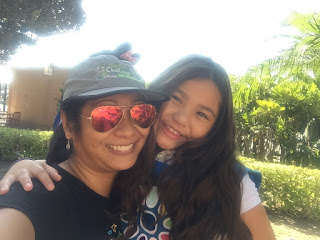 and what better way to cap off a morning of fun than with some delicious grub from IHOP? 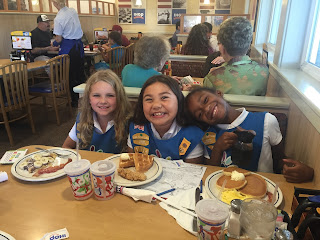 we definitely want to do this again next year, and are hoping that we get a few more takers this time around.  we still got home in plenty of time to get in a nice nap, and now we're going to pick a day to head out to disneyland all together.  maybe the other girls in the troop will want to join us too, which would be super fun.  we'll see.

happy birthday, little sister.  i love you and i miss you.