so when a girl scout moves up in rank from one level to the next, they get to have what's called a "bridging ceremony."  as first-graders, our troop got to experience the daisy level for just one year, which meant that my co-leader and i got to plan a bridging ceremony for our girls.

we'd chosen a local park that has a little bridge that goes from one section to the next, and took pictures of it and figured it all out - or so we thought.  when we went back to make our final plans, we stumbled across a nearby building inside the park that housed this awesome-looking room: 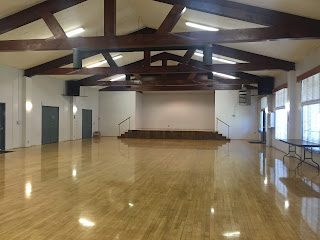 when we investigated a little further, we found a city staff member in a small office just off to the side.  she was super nice and helpful, and when we asked her what the chances were of us using the room for a couple of hours the next evening, she looked at the schedule and found that it was available.  and for the low low price of $30 - which represented two hours' worth of a staff member to be present for our event - we found ourselves in a fabulous room with lights, tables and chairs and best of all...air conditioning.  because, of course, although it's technically fall, in southern california that still means triple-digit temperatures that stay uncomfortably warm all the way through the early evening hours.

my portion of prepping for the ceremony involved making little treats to hand the girls - brownies, of course, individually wrapped for each scout. 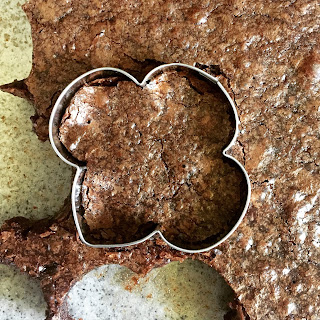 and also these little certificates, which i managed to whip up in about an hour before sending off to costco's 1-hour photo department.  a little corner rounding, some glue and brown cardstock and we had these: 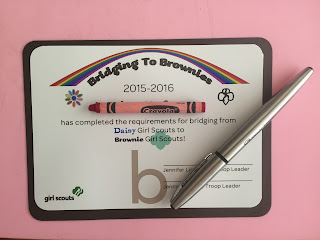 on the big day, we arrived at the hall with about 45 minutes to get everything all set up and ready.  with lots of help from a few parents, we managed to pull it off: 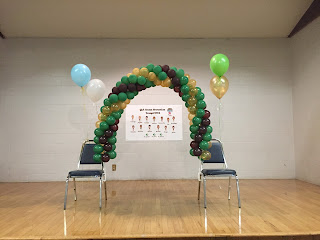 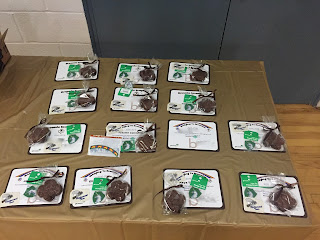 the bean had already held her own bridging ceremony for her bear, who she brought along as decor. 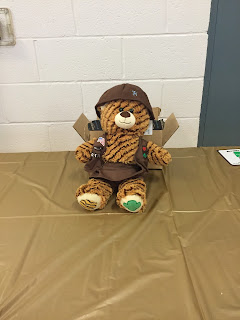 we gathered sashes and pins and started arranging them on the podium for the ceremony: 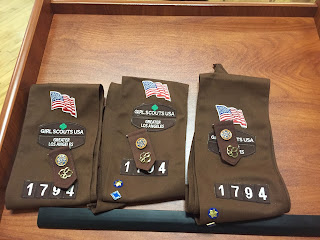 final photo ops with our daisy: 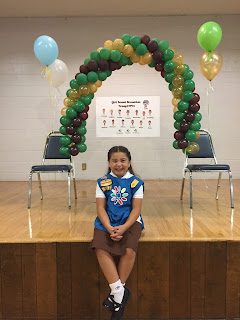 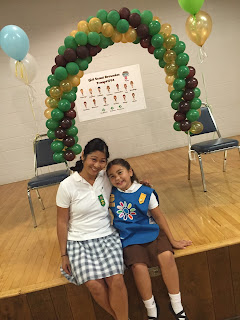 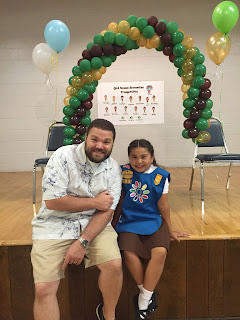 and a selfie, because duh. 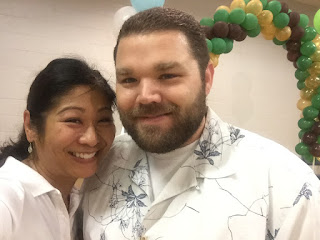 we lined the girls up, walked them up to the stage, and then the ceremony began.  each girl went up the steps, and if they'd been daisies they removed the blue tunic they were wearing for the last time.  then they walked over to the arch, received their sash, certificate, and brownie, and said a little something about what they liked most about being a daisy - or if they were brand new to girl scouts, what they were most looking forward to doing.  then a smile for the cameras and then cross over to the other side of the stage to receive their official membership pins. 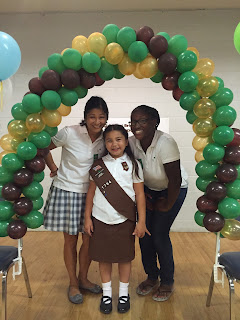 it went quickly and easily, and the girls were obviously proud of themselves as they beamed at their adoring audience.  and then everyone hung out afterwards and snacked on the refreshments. 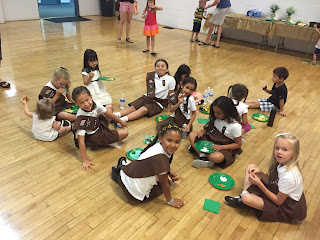 now that we're finally, officially brownies, we can really get down to the business of being brownies.  we're on the lookout for all sorts of fun activities and outing ideas for earning lots and lots of badges, and i can't wait to see what we get to do with these girls this year.  it's gonna be a blast, i just know it.
at September 28, 2015