we'd originally planned to hike diamond head during the week in order to avoid the crazy crowds that always hit up touristy spots over the weekend.  it didn't happen that way for a number of reasons, but we were determined to get to it anyway.  and so we got up early-ish on saturday morning, piled into the car, and headed on over to the trailhead.

of course, we had to make a quick stop on the way: 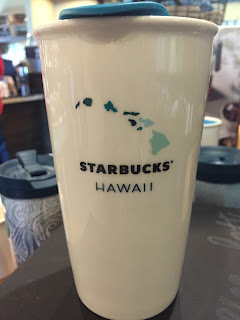 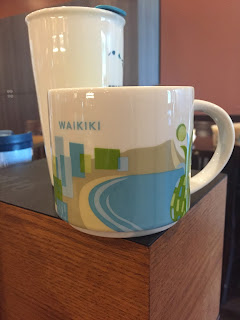 as much as i liked those cups, i knew i wouldn't ever use them since i don't drink hot coffee.  so i settled for photos instead and went on my merry way.

we hadn't even finished our drinks before we arrived: 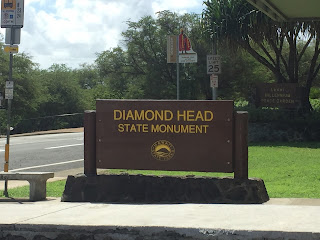 and at pre-9am on a saturday, it was already a hotbed of activity.  after a bit of maneuvering, we managed to get a spot to wait in line for a parking spot.  as we sat there and polished off our coffees, the hub suggested that we go on ahead and get started and he'd catch up to us after he parked the car.  it was a little cool and even started drizzling a little as we got out, but it felt good compared to the sticky, humid heat we were used to. 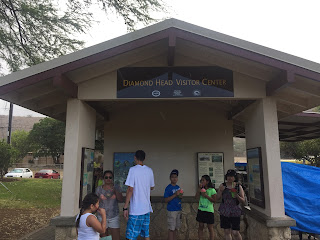 the old lady and her special friend kept up a brisk pace that the bean was unwilling to keep up with. 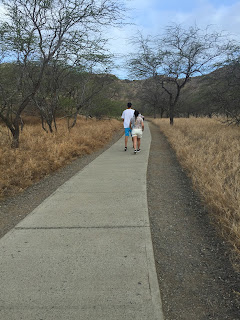 so we let them go on ahead and took a selfie.  heh. 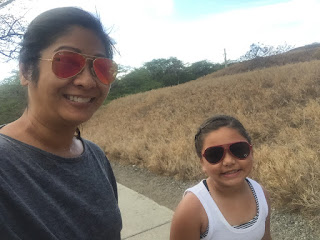 the pavement soon gave way to a rocky path: 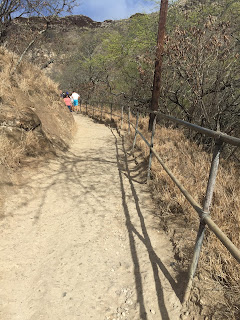 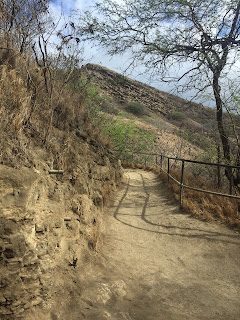 unaccustomed to hiking in general, she asked for a break when she spotted others doing the same. 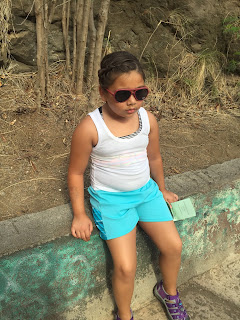 and when she saw what was up ahead, there were plenty of moans and groans.  i tried to give her encouragement and told her the view up at the top would be so worth it (she wasn't buying it for a second). 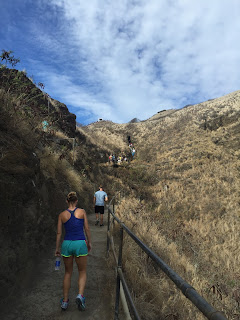 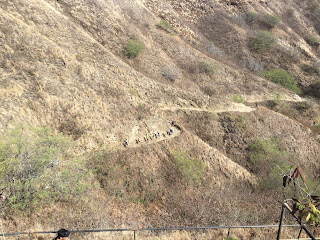 the views really were gorgeous, though. 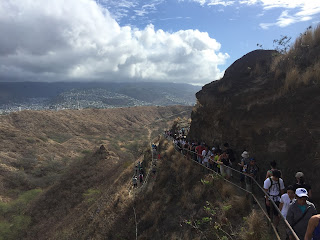 by this time, the hub had caught up to us and joined me in encouraging the bean to keep on truckin'.  we tackled stairs: 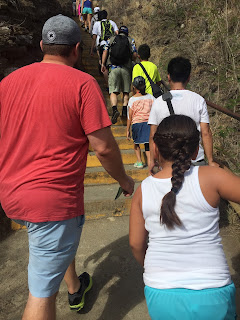 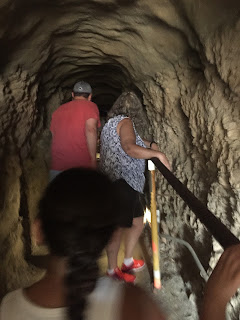 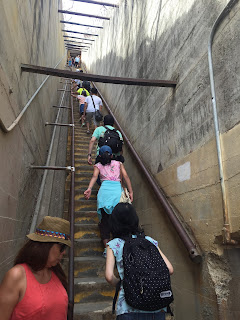 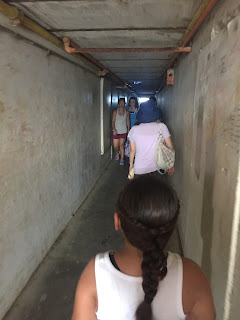 one tiny flight up a spiral staircase, and when we emerged from the concrete cave, we were rewarded with this: 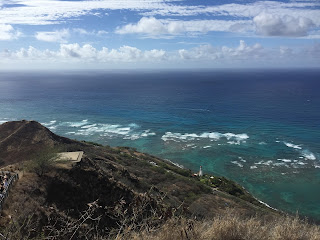 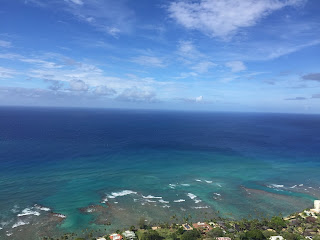 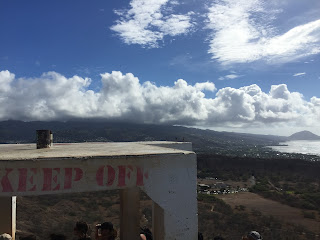 i pointed out waikiki beach to her, which was still her favorite spot thus far: 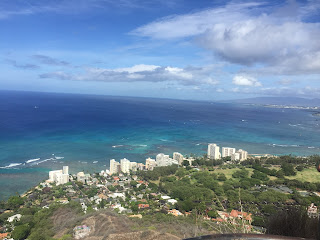 queen of the world. 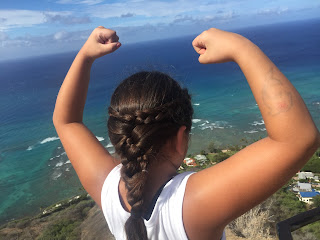 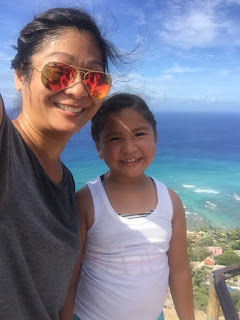 and then it was time to head back down. 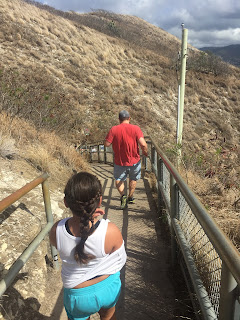 i, of course, got separated from them and got stuck behind a loud, obnoxious group of youngsters who took multiple selfies all the way down. 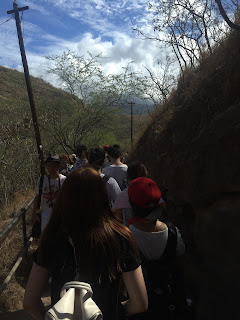 i'm always amused at how some folks come dressed for a hike. 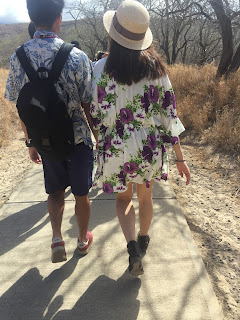 we managed a group photo before heading off for the next adventure: 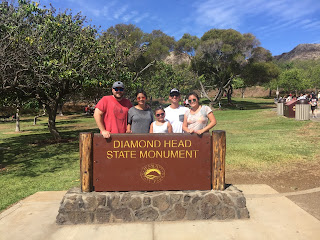 and there was one more item crossed off of the list.
at September 07, 2015