after that fantastic trip to hawaii, we had literally ONE day to get settled and ready for the beginning of the new school year.  having anticipated this, we had pulled up the supply list from the school website and wandered through target the as soon as the displays went up.  we'd also headed out to the uniform store and stocked up on the bean's entire school year wardrobe earlier in the summer.  and with all of the material items all ready to go, the only thing i had left to worry about was getting her off of hawaiian time.  with a 3-hour difference and an earlier start time than last year, i was most concerned about making sure she was tired enough to go to bed on time.

of course, you know what that meant...right?  i mean, what better way to get a kid all tuckered out than to walk her all around the happiest place on earth? 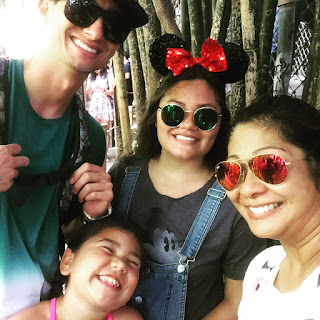 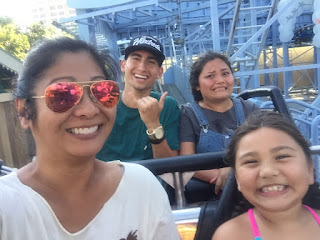 we sugared her up a little, too.  that never hurts. 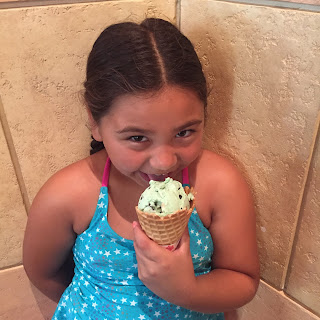 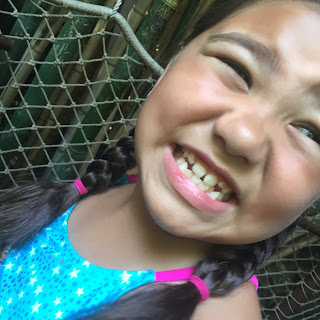 and what do you know...it worked.  she was out like a light after taking her shower, and all that was left for me to do was to pack her supplies into her new backpack, get her clothes ready, and of course, update the ol' chalkboard: 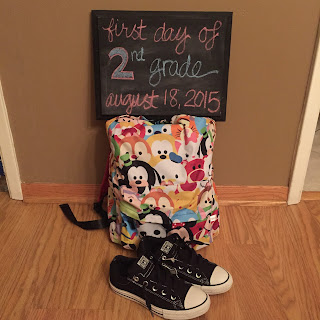 she woke up right on time (with the help of her alarm clock, which she'd never used before, heh) and i took our traditional first-day-of-school-in-front-of-the-brick-wall photo. 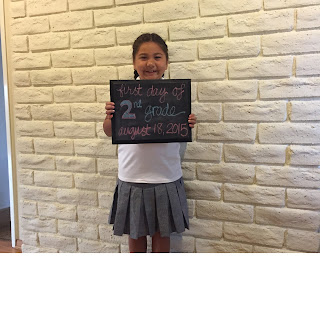 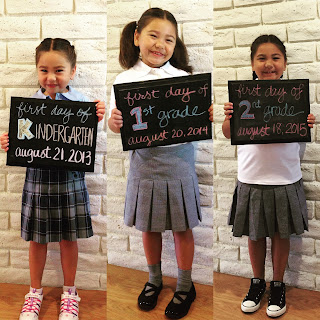 the first day is always a flurry of activity at school.  parents lose their minds as they try to navigate the parking lot and car line (although they never do figure out how to manage the latter), and it's really kind of a nightmare.  and then you add the new backdrop - which was pretty awesome, but definitely added to the insanity of the first drop-off of the year: 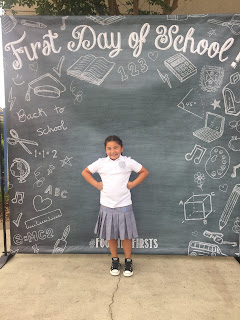 i managed just this one photo before we headed inside to her classroom. 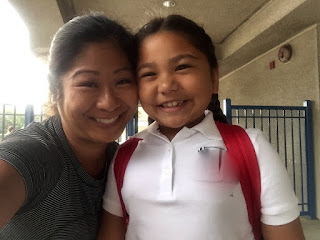 and there, we said hello to her teacher and found her desk. 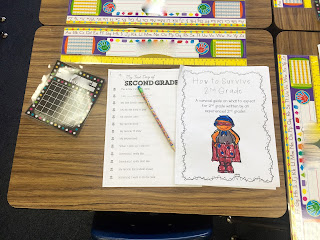 she actually has a sub for the first few months of the year.  the regular teacher in that room is currently out on maternity leave and set to return in early december.  the hub was not a fan of the idea of having to transition to a new teacher halfway through the year, but when we'd gone to open house at the end of last year, we'd both agreed that we much preferred this classroom over the other option for second grade.  we knew that either teacher would be awesome, but this one just seemed like a better fit.  i learned over the summer that the substitute teacher would be one of the bean's friends' mothers, who'd just earned her teaching credentials.  while the thought of a brand new teacher might put off some folks, i personally think it's fantastic - having just worked her ass off to earn her degree and those credentials, she'd put in a ton of effort in teaching her first class and putting those skills to use.  and so far, that's totally the case.  she's wonderful, and we like her a lot.

she's following the classroom rules that the permanent teacher usually has the kids follow, which is great.  the transition in december should be fairly easy - i'd bet that the hardest part will be for her to learn all the kids' names.  and the bean was so excited to show me during that first week that she was the first to reach the highest level of the daily behavior chart. 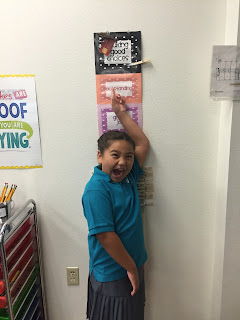 if you can't tell, this is a huge deal.  she gets to visit the assistant principal's office and be recognized for her exemplary behavior, plus she gets to pick out a special prize.

i'd say that the year has gotten off to a pretty darn good start.  can't wait to see how the rest of it goes!
at September 10, 2015