saturday started off with math & science class that i had to drag the bean away early from, so she could do this: 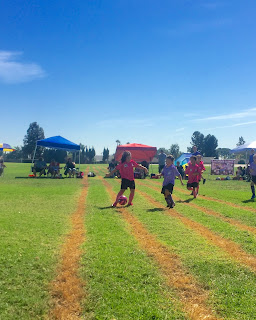 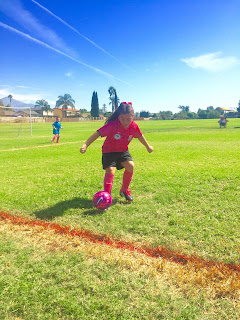 after we grabbed some lunch and did a little shopping for halloween costumes, we did a quick target run, where she found some super cute leggings for fall: 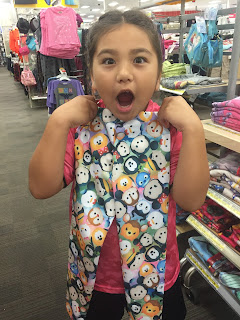 and then we headed back home to get cleaned up and work on homework while we waited for her sister to get home from work.  we managed to talk the hub into driving us to pomona so that we could get in on the last weekend of the l.a. county fair: 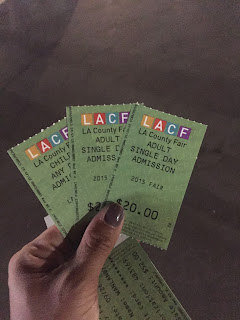 because of our extensive summer travels, i'd somehow managed to miss the deadline for entering the culinary contests this year.  boo.  and so we'd felt no urgency to visit the fair as soon as it opened earlier this month.  and then i realized that it was going to be over before we had a chance to go and stuff ourselves with really bad food, so we waited till the sun went down and the temperatures dropped down below 90 and headed out.  of course, that's exactly what most of southern california did too.  it took us a ridiculous amount of time before we actually made it into the gates, and that was after giving up and walking to the gate while the hub navigated his way through the traffic.

but we got to see animals: 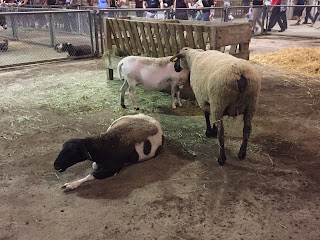 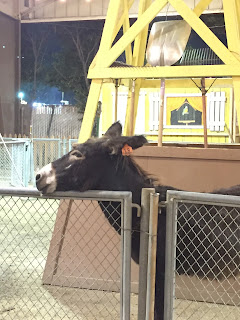 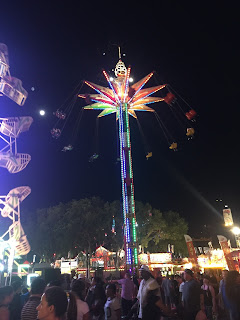 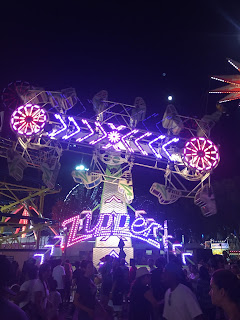 and headed to the pink's kiosk for some grub. 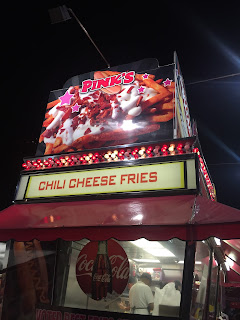 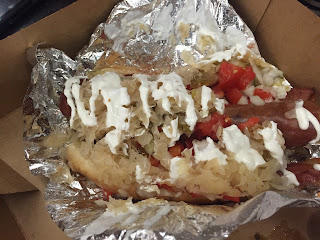 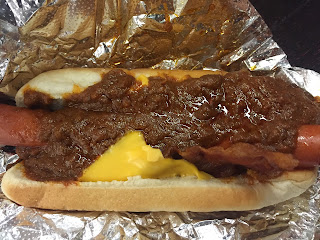 the bean capped off her (much less gluttonous) dinner with a scoop of handcrafted nutella ice cream. 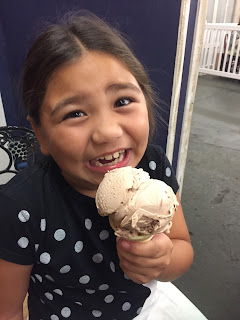 and after we walked through one of the shopping buildings (and left empty-handed), we all treated ourselves to $.25 foot massages. 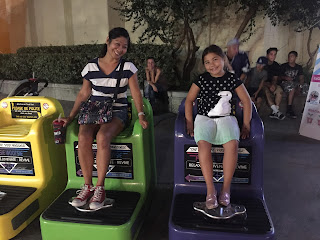 Email ThisBlogThis!Share to TwitterShare to FacebookShare to Pinterest
Labels: going to the fair, soccer mom