everyone woke up on our last day in hawaii feeling rather melancholy.  it had been such a fantastic trip, and like all great vacations, was all too short.  we'd squeezed it in between returning from texas and the bean's first day of school, so we were lucky to have gone at all.  yet, it was a big bummer to be packing for home.

one last look out on the lanai: 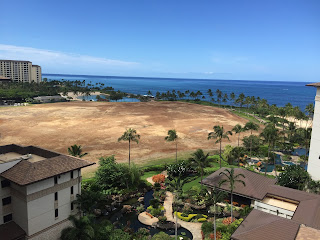 and then that was it.  we did the final inspection to make sure no one had left anything behind and rolled our suitcases sadly out the door.  it was still fairly early, and i perked up when i realized that the hub was driving us up to north shore.  there's a shop there that's run by ingo rademacher, an actor who used to play a pretty major character on "general hospital," and we all know how much of a GH fangirl i am.  anyway, he and his wife are well known in the stand-up paddleboarding world and several years ago debuted their own line of activewear.  earlier this year, they opened their first retail store in haleiwa.  we'd already stopped once before, but had arrived too late and the shop was closed.  this time, though... 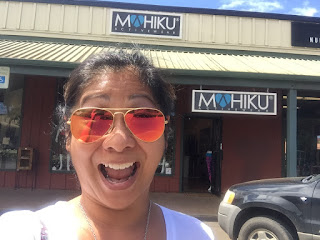 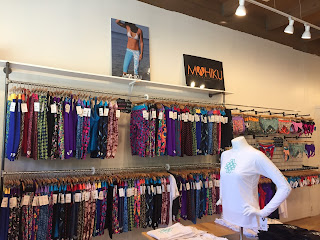 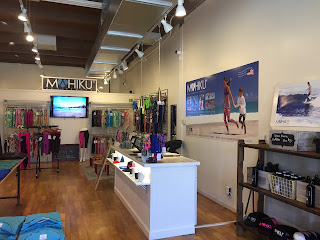 i even got to meet his wife, ehiku.  she was super friendly, and although i was disappointed to find that ingo wasn't around that morning, i was still happy to be able to browse around and chat for awhile with ehiku.  we could totally be BFFs if only we lived in hawaii, i just know it. 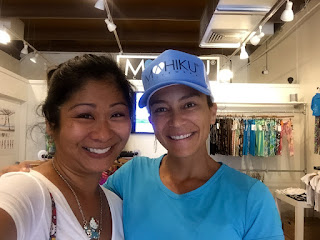 being mindful of our overstuffed suitcases, i picked up a simple tee and ehiku threw a colorful headband into my bag.  i would've loved to scoop up a tank and a pair of capris and and and and, but i restrained myself and figured i could always order online later.

the others were enjoying a last treat from matumoto's shave ice, which had a blessedly short line due to the early hour.  i'd spent so much time at mahiku that mine was melting into a little puddle, but i got what i could out of it and then we were off to the airport.

we decided to do what we'd done at LAX - the hub dropped us off with all the luggage while he took the car back and hopped onto a shuttle to the terminal. 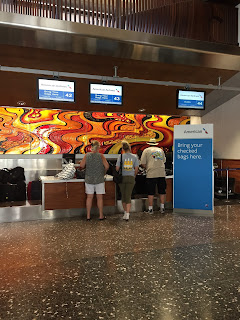 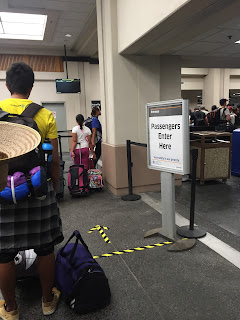 since we wouldn't land till almost 11:00 in california, we grabbed some food here: 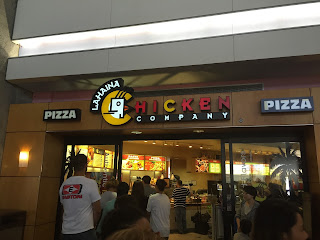 i'm gonna go out on a limb and say that one of us was so sad to leave, she couldn't even put her game face on for a photo. 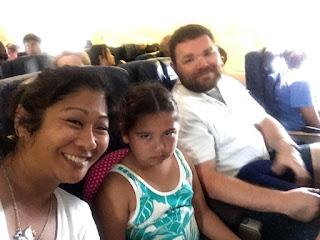 and then, of course, she turned it on. 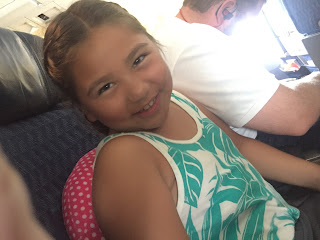 it was an uneventful flight, just the way we like it.  while the hub and the bean snoozed and the old lady and her special friend enjoyed some alone time a few rows ahead of us, i was happy to watch the inflight movie.  this time, it was a little more interesting than the one on our flight in - blake lively in "the age of adeline."  while it was kind of ridiculous and silly, it was fully entertaining and i was glad i'd gotten the chance to see it. 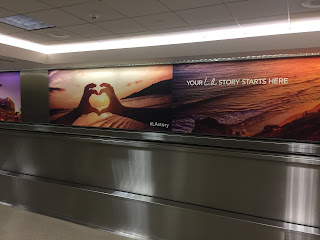 when we were boarding the plane, i'd noticed a familiar figure sitting in the very first row and realized when we got settled that it was alfre woodard.  i knew her name, recognized her face, but couldn't think of what i knew her for to save my life.  i also wasn't going to bug her on an airplane, although when i spotted her down in baggage claim i couldn't help myself: 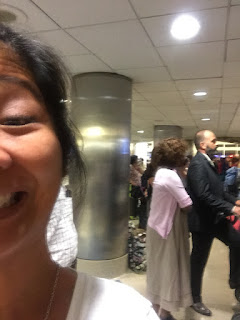 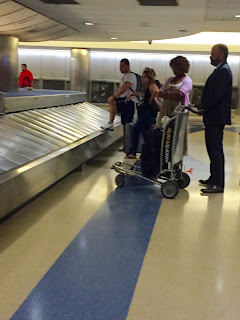 back at home, still on hawaiian time, i started unpacking our bag.  so depressing. 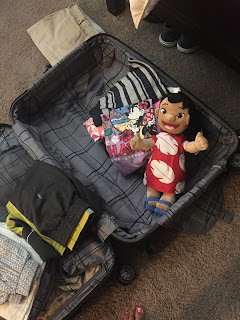 but that's okay.  i'm sure we'll return someday, and hopefully it won't be too long of an absence.  and the old lady dug out one last throwback for us to giggle at: 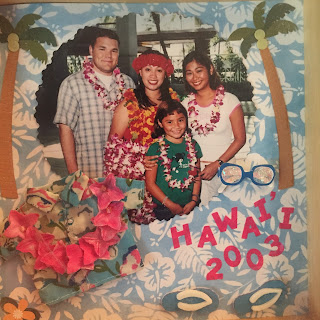