and so it begins

it's been a long week, man.  it seems like every night has been chock full of activity, starting off with halloween on monday and then all of the bean's usual commitments plus a whole bunch of cookies with various designs and and and...i'm tired.  heh.

with nothing on the calendar for the weekend, i'm looking forward to finishing up some projects that have been sitting around for a few days.  i've been on a crazy organizing-slash-purging kick lately and it's been really freeing to finally say goodbye to some things that i've held on to forever and ever.  kind of like spring cleaning, only a handful of months too late.  or too early, if you want to look at it that way.  the halloween decorations are down and put away, and we're planning our thanksgiving menu and looking forward to the holidays even though it seems like we just celebrated them not too long ago.

one of the local radio stations announced that they're going to do their annual switch to holiday music next week.  NEXT WEEK.  and disneyland's holiday decorations and celebrations and things start on the very same day.  with the hub and the old lady both pushing to start decorating for christmas around the house, i think i'm going to have to suck it up and give them the green light.  after all, we say every year that the holidays go by way too fast, and if we slowly start immersing ourselves into it now we'll get our fill of it by the time they're over.  right?  right?  i mean, yeah, we're still going to respect the turkey.  we're just going to show him some love along with the other upcoming festivities.

and because no post is complete without at least one photo, i give you the bean's official third grade portrait: 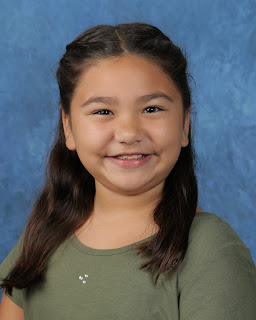 Email ThisBlogThis!Share to TwitterShare to FacebookShare to Pinterest
Labels: busy mofo, on with the holidays, third grade fun