considering the number of times we've hit disneyland lately with one (or more!) of the bean's friends, i don't know if she's ever going to be satisfied with going with just me and her sister again.  sheesh.

the school's annual fund gala was on friday, which meant that the kids had a half day and got out before lunchtime.  i picked up the bean, we grabbed some food, and then our friends came by and picked us up to head down for some disney afternoon fun.  with the old lady heading down after she got off work, it was nice to be able to carpool and avoid having two cars down there.

we arrived at the parks around 2pm and found that it was warmer and more crowded than we'd anticipated.  no worries though, the kids were all just excited to be there and ride some rides together. 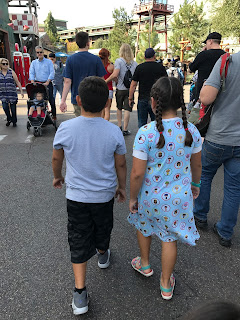 since the bean is still really leery of riding anything that goes upside down, she passed on the group outing to california screamin'.  instead, she and one of the other kids headed over to ride the silly symphony swings, which almost always has no wait.  today was no exception. 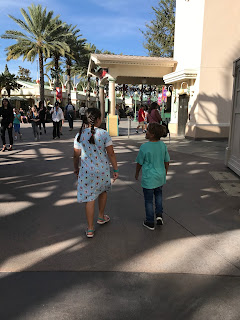 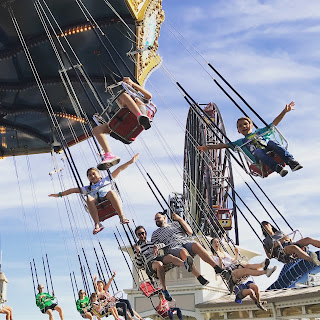 the holidays are definitely coming, people.  the first few signs were visible as we walked through the park: 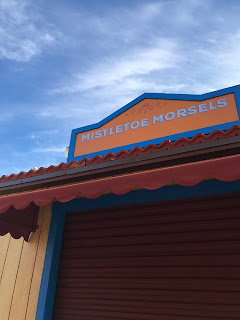 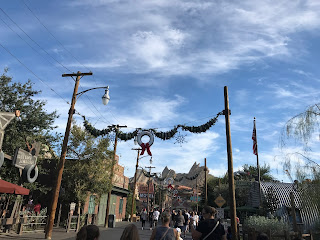 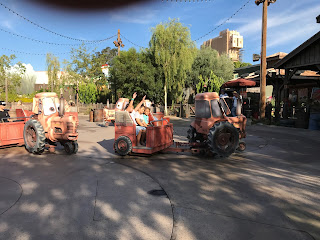 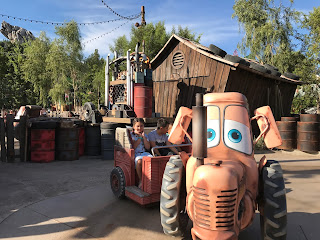 and waiting in lines together isn't so bad, either. 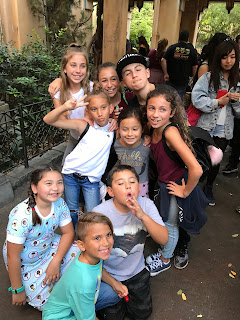 the twilight zone-themed tower of terror is disappearing slowly bit by bit as they prepare to shut it down and re-theme it into a "guardians of the galaxy" ride.  it'll be interesting to see what they do with it, but in the meantime it's kind of sad to see it go. 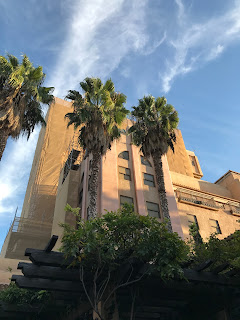 and they're doing something called "late check-out" now - which means that the entire ride is done completely in the dark.  they started doing this during the halloween season, but now it seems like it's the only way to keep the ride going while attempting to take down all of the previous theming.  it's still a fun ride regardless: 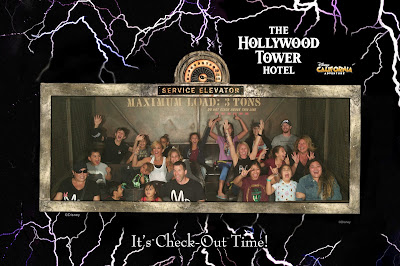 the old lady did make it, by the way. 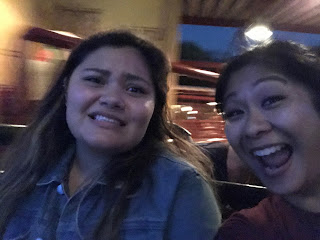 while the kids went on "screamin'" one more time, we took in the nighttime scenery around the water. 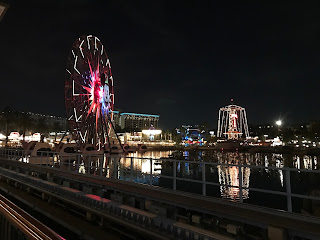 after grabbing some dinner at pizza port, we decided to make hyperspace mountain our last ride of the night.  i was happy to see it come back after being "ghost galaxy" during halloween. 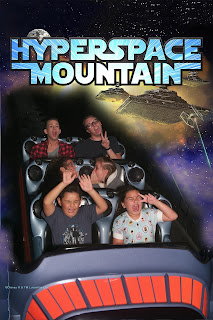 and this thursday, disneyland officially kicks off their holiday season with themed parades, festivals, food offerings, decorations and holiday overlays on the rides.  i'm pretty sure we're going to immerse ourselves in all things holiday come this weekend.