back to my running roots

i can't believe it's been five years since i ran my first 5K.  i was so gung-ho back then, getting out to run at least 3 times a week and even managing to get that run done in under 30 minutes.  pssshyeah.  nowadays, i'm lucky to get an 11:30 mile.

but because i've been running the bryan clay-sponsored fit4fall 5K every year since it started, i didn't see any reason to stop now.  i even managed to rope the hub and the bean into registering (the old lady had to work, so she had an out).  like last year, the bean was excited to do her 3.11 miles on her scooter.  unfortunately, the hub woke up with a terrible head cold and ended up having to opt out.  this actually worked out well though because i knew the bean would pull away from me during the last half of the course, when it heads towards the finish on a downhill.

the hub dropped us off right at the start line and headed off to park the car, and the two of us scampered over just in time to hear the national anthem and find a spot at the start. 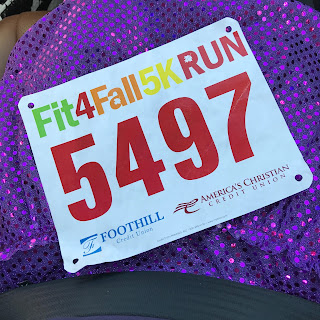 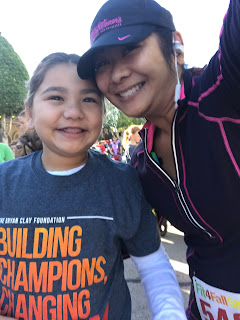 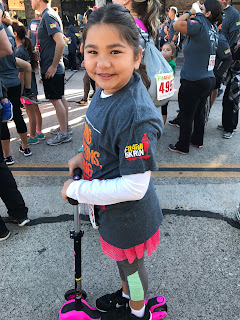 and just a couple of minutes later, we took off. 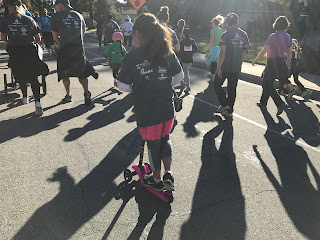 there was lots and lots of complaining and moaning and groaning...because that downhill finish has to be earned with an incline, right?  it seemed like forever before we reached the first mile marker. 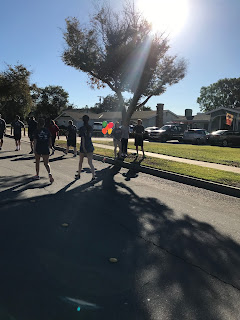 then we turned up another street, where the hill could not only be felt, but seen.  cue even more whining, albeit pretty quietly. 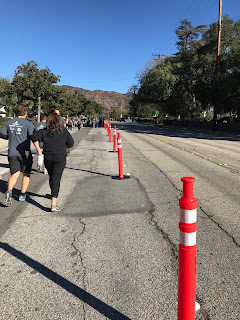 she was so grumbly and even got off of the scooter to walk up the hill.  sheesh. 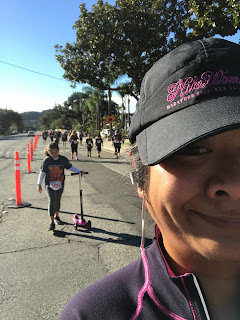 but then, we came upon a water break and the beginning of that blessed decline.  it was "bye, mom, see you at the finish" from here: 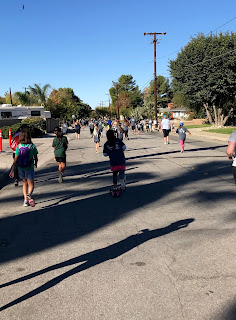 and then she disappeared. 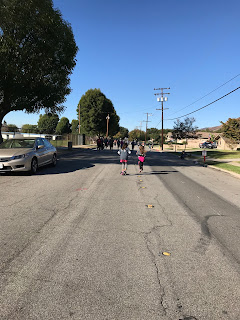 i didn't see her again until i crossed the finish line, with a lousy ass chip time of 41:47.  although she'd only gotten there a minute or so ahead of me at 39:44.  and she was already in the concessions line as i found the hub with her scooter. 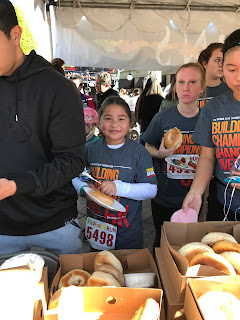 yay for getting through my 6th fit4fall 5K! 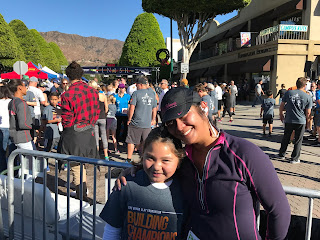 we even found her teacher as we headed towards the car. 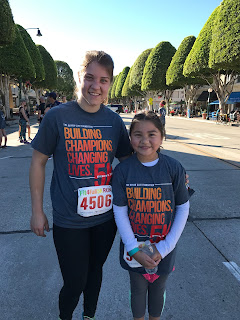 with the star wars half coming up in mid-january, i guess i better get back to it with a vengeance.  hell, i haven't even figured out a costume yet!  but that's okay...i'll get it going and pull something together, probably last minute like i always do.  heh.
at November 23, 2016