okay, so i didn't blog yesterday.  i know, i know.  i totally heard about it from a couple of folks, which kind of makes me happy because that means people are still reading this crap after all these years, ha!  but the bean is on break, which means that i didn't have to get up at any particular time.  and i sure didn't.  i don't think i even got out of bed till after 9.  that's quite a rarity, you guys!  but i did feel like a slug, and now i remember why i don't do that very often.

last week, a couple of days after the awards ceremony, we celebrated thanksgiving with the bean's class.  although we're finding that as they get older, there are less and less class parties.  we used to have these big, elaborate gatherings with fancy clothes and full-on thanksgiving spreads.  and now that she's in the third grade, it's limited to the last 45 minutes of the school day and involves just a craft and a snack.  i guess that's not terrible - it gives the teachers more instructional time and blah blah blah, but it's kind of a bummer.  anyway, my fellow room mom and i threw together an idea for a craft at the last minute and the old lady helped me do some assembly the night before. 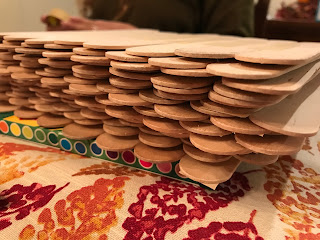 when we got to school the kids were at recess, which gave us some time to get things set up.  the desks were pushed together and covered with a thanksgiving-themed table cover that had fun games printed on it.  and then we had a little time to look around the room and check out the kids' artwork that was up on the bulletin boards.  i cracked up when i came across this (they're in that part of the year where they're studying native american history): 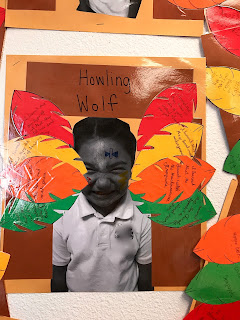 because i was the one who had assembled and put together a sample of our craft, i ended up being the one to stand up in front of the class to explain how to do it.  i haaaaaaate talking in front of people...yes, even a bunch of 9 year olds.  i'm so awkward and i get all hot and sweaty, and i'm definitely not meant to be a teacher.  but i tried to pretend like it was just my little group of girl scouts and got through it as fast as i could.  and while they all worked on their little activity, we went out into the hall to get portraits of the kids one by one.  and then if their parent(s) were present, we took photos of them, too.  you know, something like this: 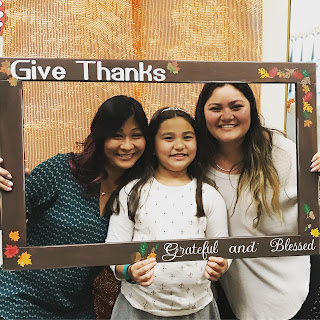 and of course, we room moms had to get a shot together too. 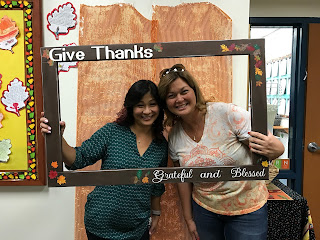 this was the bean's finished craft, and i smirked as i saw the order of her priorities.  sushi before mom.  cool. 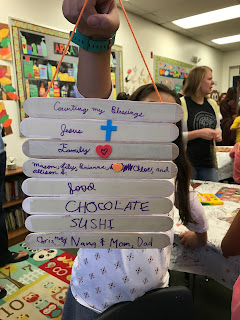 a few hours later, it was time to celebrate thanksgiving with our brownie troop.  we'd asked everyone to come dressed in their best, and each girl brought something to share with the group. 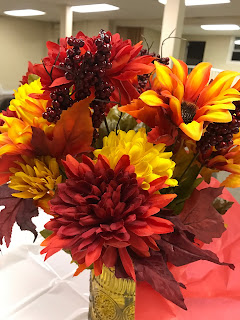 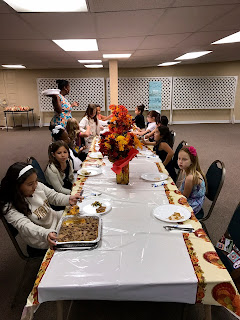 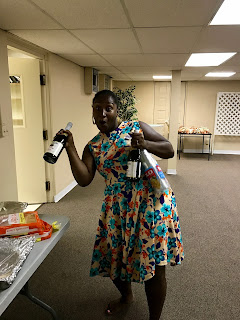 after everyone had been served, we made plates for ourselves and dug in. 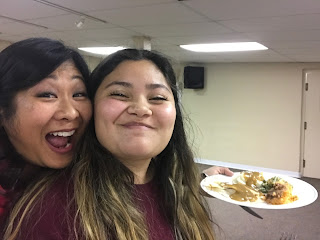 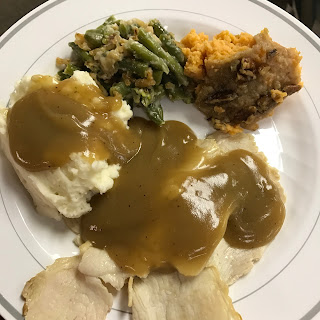 and of course, a group picture before we cleaned up and left. 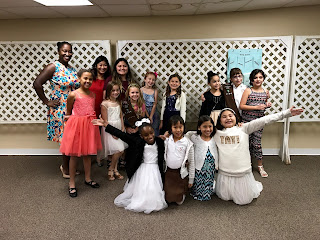 ah, thanksgiving.  such a fun time to celebrate with all of our circles of friends.  the girls and i went out and did all of our grocery shopping yesterday and managed to pick up everything on our list.  we're hosting friendsgiving at our house this year, and it'll be fun to cook a big holiday meal again.  i can't wait!
at November 22, 2016