hosting friendsgiving for a change

so after we got home and cleaned up after our successful turkey trot run, the bean joined me and the old lady for a quick group photo...wearing the matching tunics i'd churned out just the night before. 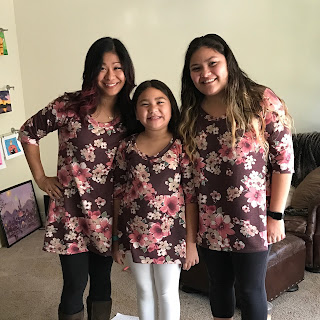 and then it was time to get to work.  i hadn't done any prepping for our big thanksgiving meal, but i knew i'd be able to pull it off.  our friends were coming over with a big italian feast to share for lunch - baked ziti with homemade sauce and sausage.  so delicious. 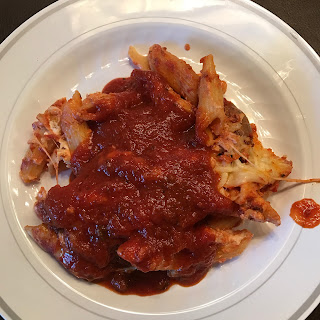 this was the beginnings of my stuffing (which doesn't actually get stuffed into the turkey, but it's still called stuffing.  go figure):  sautéed celery, shallots and garlic and italian bread chopped into bite-size pieces and toasted in the oven. 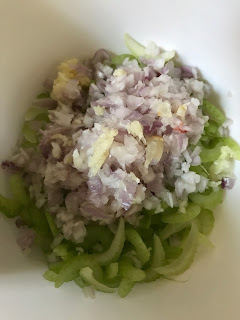 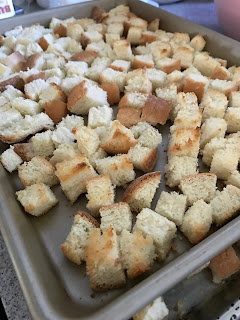 i also learned something new that day - the old lady actually enjoys peeling potatoes.  huh.  i never would've guessed, but i sure didn't complain.  that's not a favorite chore for me. 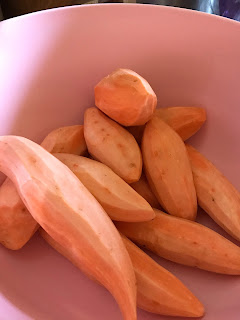 and while she did that, i worked on mixing up the herb butter that i was going to slather the turkey with. 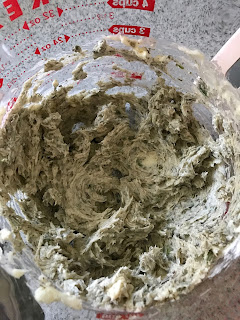 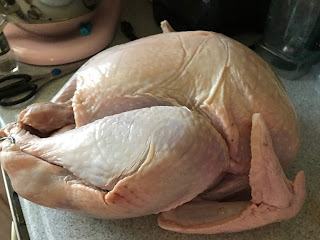 you guys...working with a whole turkey is really kinda gross.  i mean, look at this.  WTF is this (i do know what it is, it just looks like...something else): 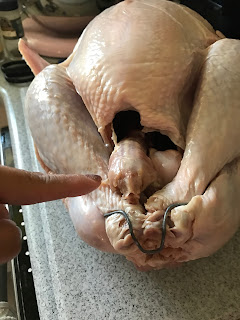 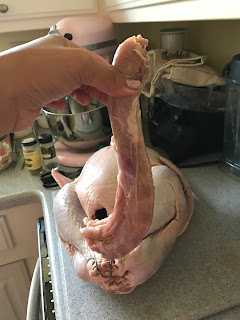 separating the skin from the meat is also not a favorite task of mine.  alas, it had to be done. 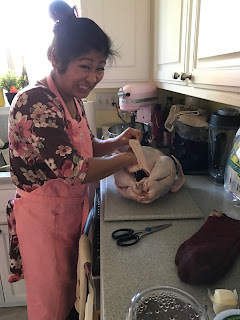 the turkey went into the oven for several hours while i got the rest of the sides ready to go.  all the usual suspects - the stuffing, sweet potato casserole, green bean casserole, mashed potatoes.  and the old lady decided to uber to her dad's house so she didn't have to tackle that drive.  i was sad to see her go, but i knew it was only fair.

i called the hub to get started on carving the turkey, but not before we took a selfie. 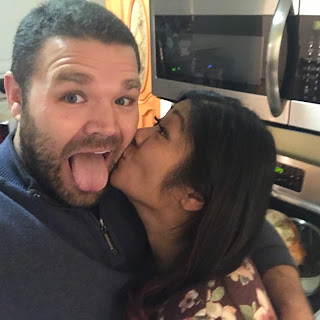 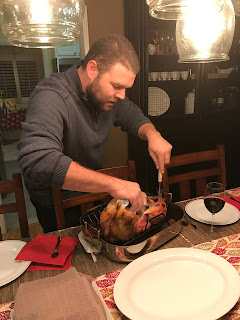 the buffet was laid out with all the good stuff - including the ham that i'd totally forgotten about and had just enough time to warm up in the oven. 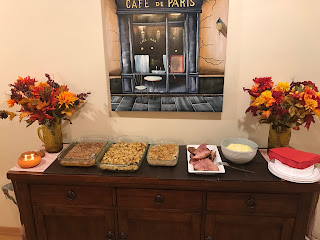 obligatory plate photo.  i know it doesn't present very well, but i gotta say...i feel sorry for anyone who hasn't had a chance to enjoy a thanksgiving meal cooked by yours truly.  well, minus the gravy.  i didn't want to make that shit from scratch, so i stocked up on ready-made from trader joe's.  it was delish. 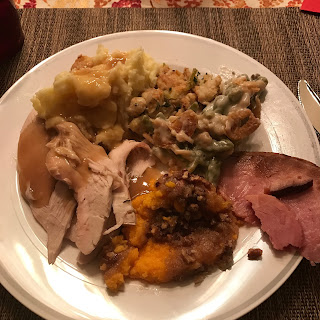 and this was my view for most of dinner.  heh. 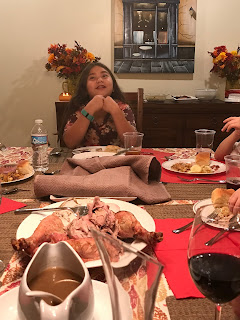 also?  i'd managed to talk the hub into letting me use those "nice" plastic disposable plates and flatware for this meal.  i really didn't want to have to worry about washing and not breaking the china, even though this is exactly the sort of occasion we have it for.  i know.  maybe christmas.  but even he had to agree it was pretty fantastic to just toss everything in the trash can rather than have to wash it when dinner was over.  although i still had to wash all of the pots and pans and crap.  i swear, having to clean a roasting rack is probably the very worst part of the whole process.  ugh. 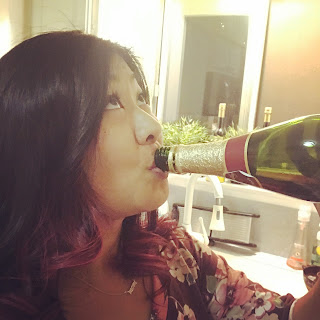 after everyone was gone, i managed to get at least one decent shot of the hub and the bean together. 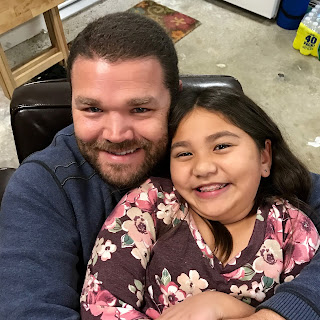 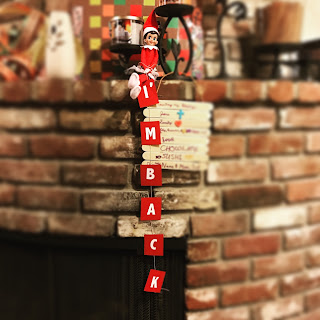 oh yes.  pixie has officially returned to the house of wan for the holiday season.  this is year five, you guys.  i don't know how much more of this i have in me.  it's going to be a long 25-ish days.
at November 30, 2016