quality bonding time with the hub continued as we got up on the fourth of july and decided to head down to the beach for the day.  as you'd expect, it's been butt ass hot here in so cal lately and there's almost always a solid 30-degree spread between home and the coast.

on our way out, we stopped at sprouts to pick up some sandwiches and snacks to take with us.  it's always nice to picnic at the beach, and even better if you can get through the day without shelling out too many coins.  the only question left was where to go?  we knew that huntington beach would be super duper crowded.  malibu is always fun, but such a pain in the ass to get to.  newport and balboa...well, been there done that so many times.  and so that's how we ended up down in long beach - specifically, the belmont shore area.  plus, we thought it might be fun to find a spot to hang out and watch the fireworks show from the queen mary.

it was close to 2:00 by the time we got down there, and we were kind of surprised at how easy it was to find parking and a pretty decent spot on the sand.  it was pretty breezy, and there were a ton of kite surfers out. 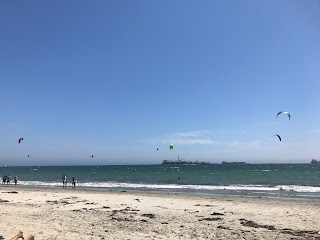 we hung out and watched and enjoyed the breeze and relaxed on our blanket for awhile until we noticed that that breeze had picked up and turned into wind.  like, it was getting so windy the hub was holding onto the umbrella to make sure it didn't get picked right up and blown away.  it wasn't even fun anymore, and so we packed up our stuff and headed back to the car.  by the time we got everything in there and hopped in to drive away, someone was already waiting for our spot.  and since the parking ticket we'd bought was good till midnight, i got out and handed it to the guy waiting in the car, who was super appreciative.  it was kind of like handing disneyland fast passes to random people waiting in line.  heh.

like, can you see how windy it was down there?  oy vey. 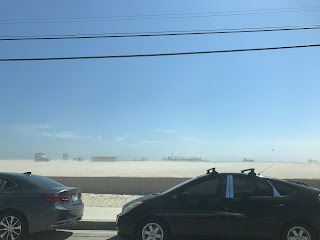 without a real plan in mind, the hub just started driving.  and because i'm a small child who can't sit in a moving car for more than ten minutes without falling asleep, i ended up taking a nice little nap as he drove along.  i woke up as he pulled into a parking spot, and i had no idea where we were until we got out and saw this gate: 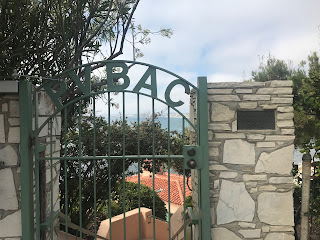 i guess it's an entrance for a private club of some sort, but the door was unlocked and so we went in to see what we could see. 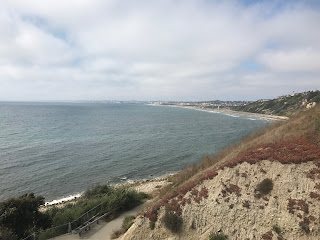 pretty view, right?  and there was a lovely pool below us that looked super fun, with a guy playing a guitar and providing a little live music.  turns out it was the palos verdes beach and athletic club, originally opened in 1930, eventually taken over by the city of palos verdes and renamed after its first mayor.  now it's an exclusive club with over 600 memberships and a waiting list with more than 250 people on it.

we went back up the stairs and came across this pretty little gazebo that i totally envisioned as the site of a bazillion weddings. 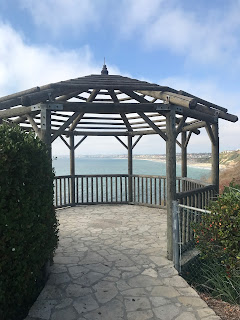 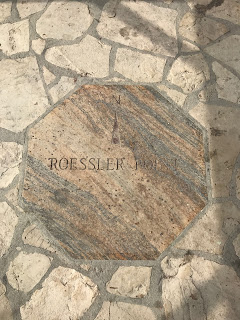 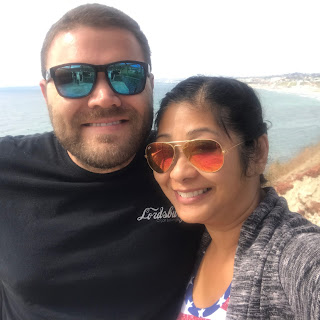 we could see the pool from there, too. 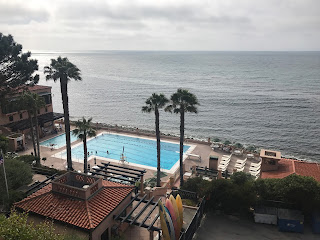 after that, we didn't really do much more other than drive around palos verdes and marvel at the beauty of the houses that overlooked the ocean.  there are some pretty badass homes over there.  and then we stopped down at the beach and hung out for a little while, long enough for the hub to enjoy a cigar and for me to finish off a stack of us weekly and people magazines that had accumulated at home. 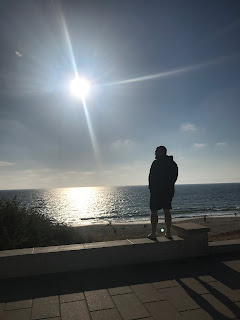 we grabbed dinner at a nearby burgers & brews spot and then made our way back to palos verdes to find a spot to sit in the trunk and watch fireworks. 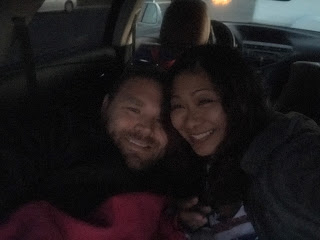 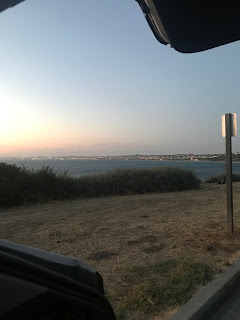 not a bad view, right?  and it didn't take long before it was dark enough for the multitude of beachfront fireworks shows to start. 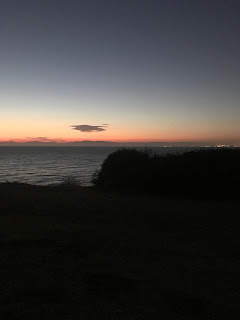 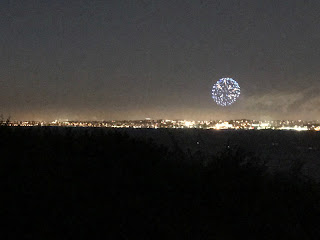 the sheer volume of various fireworks shows, both professional and illegal, on our way home was kind of crazy.  especially considering the fact that we're still technically in a drought, and the rain that we did get resulted in a ton of vegetation that's just begging to fuel a fire.

Email ThisBlogThis!Share to TwitterShare to FacebookShare to Pinterest
Labels: 4th of july, hitting the beach