so yeah...the bean and MIL took off on friday to texas for the third annual session of grandma camp.  i know MIL has a whole week's worth of activities for them all planned out, and with the bean pretty familiar with all the area has to offer, she was really looking forward to a few of the things on the itinerary.

the old lady had to get up at her usual time to head off to work, and the bean dragged herself half asleep into her room to say goodbye and get one last hug before disappearing for ten days. 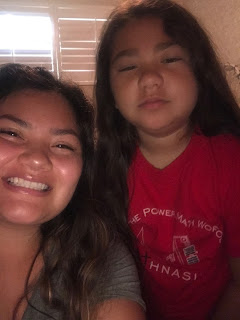 luckily, getting her packed was pretty painless.  i'd just gone to target and stocked up on a few basics she could mix and match, plus i took a handful of stuff i'd sewn for her last year and repurposed it all into tank tops.  way to upcycle, right?  go me!

after getting a couple of emails with flight delays, it was finally time to get in the car and head to the airport.  we sat down on the couch to take our traditional "goodbye" photos: 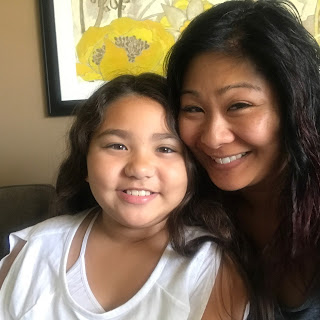 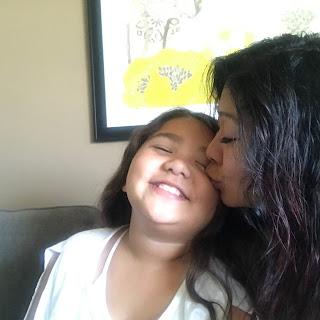 it turned out that the old lady was able to come with us to the airport after all to drop them off, since their flight got delayed just enough for her to get home from work.  and because it was a holiday weekend with all of the traffic you'd expect at that hour in southern california, the hub mostly took sidestreets and pulled up to a fairly crowded terminal at ontario airport.  we all hopped out for hugs and kisses, and then with bags in hand and a final smile and wave, they disappeared into the building. 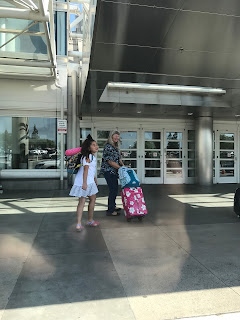 you guys, i was so proud of myself - i didn't cry even a little this year!  that's quite an improvement over the first time she left for texas, when i sobbed like a baby the whole way home.  heh.  and i knew we both needed the break and that grandma camp is something she looks forward to all year long.  she looked pretty stoked for her trip, based on this picture we got just before they took off: 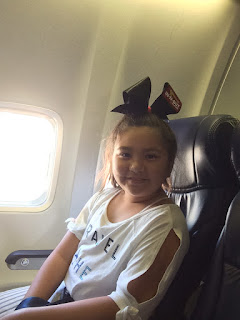 we've gotten a bunch of texts from her via her iPad since she's been gone.  she's having a blast, spending time with grandpa as well as the hub's grandparents.  and she's even gotten to FaceTime us a few times, which is pretty fun. 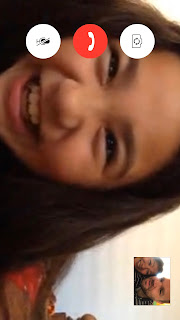 and from the looks of this picture, she's having the time of her life. 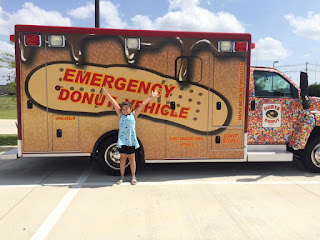