after cheer practice last monday the bean got in the car and said "mom, on wednesday practice is superhero-themed.  can i be wonder woman?"  and of course i was on autopilot and said "oh sure, no problem!"  and then got home and realized i had nothing to work with to accomplish that.  one trip to joann's yielded the perfect material, though: 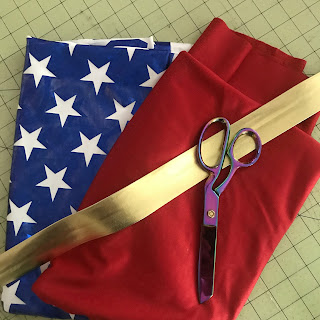 except that we were running out the door for one activity or another, didn't get home till late and i promptly forgot about it until i got up the next morning and found that ^ still sitting on my table, untouched and waiting to be sewn up into something wonder-ful.  crap.

luckily, i'd already given it some thought and had a good idea of what i wanted to do.  i figured i could just make a fitted tank top, adding an attached cape to the back of the neckline, and a simple circle skirt.  so i pulled out my patterns, cut out the fabric and sat my happy ass down at my machines and got to work.  and of course it didn't go as smoothly as i'd hoped, with fit issues and other things that i had to scramble to fix so that it at least looked good from a distance.  with about half an hour to spare i managed to pull it off: 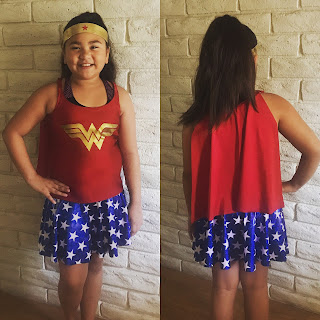 she was super happy with the results, and scampered off to practice rocking her new threads.

speaking of superheroes, we got to participate in a fun outing with some local girl scouts for the opening day of the marvel live show at citizens business bank arena in ontario.  they were going to do some sort of media event/pre-show activity with the girls, and then follow it up with tickets for the show.  and it was all free!  i can't pass up a freebie, you know.  a lot of the girls in our troop were out of town or unavailable for one reason or another, and so it was a pretty small group of us that got to go. 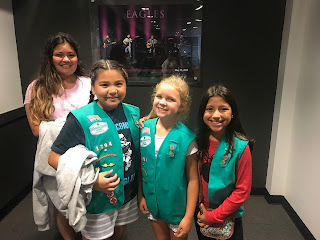 we checked in here to get our tickets: 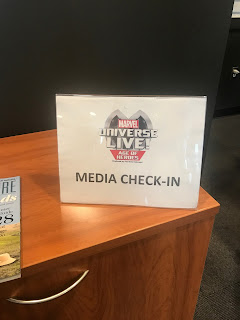 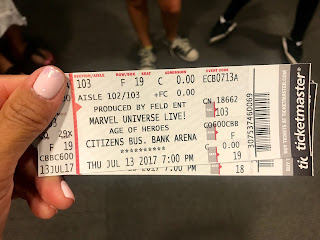 and then headed upstairs for some fun photo ops. 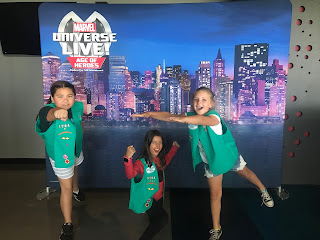 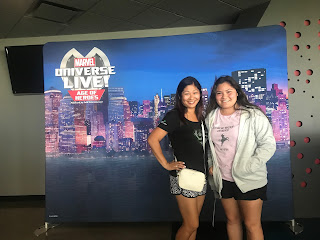 there were a few of the show's performers warming up not too far away, and a few minutes later one of them came over to welcome everyone and start the preshow activity. 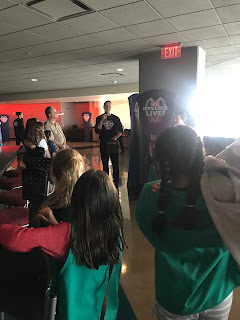 they did a cool fight scene demonstration, and then got the girls up to do some warmup. 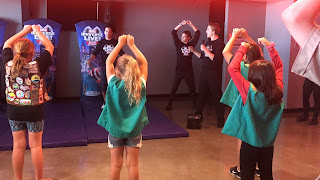 for some reason my girls were being shy, and none of them volunteered to participate in the demos.  they practiced some fake hitting and kicking and some sword fighting, and it looked lots of fun.  they were happy to just sit and watch though, and then when the demos were over they lined up for another fun photo op.  i'm not gonna lie, thor's hammer was kinda heavy. 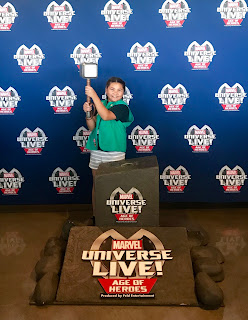 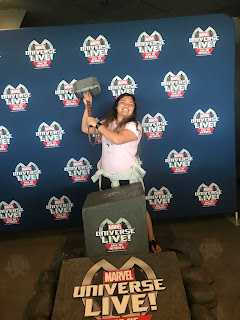 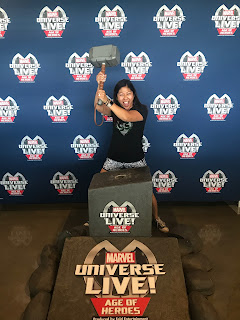 the girls each got to pick from captain america, spiderman and hulk masks for the next photo op. 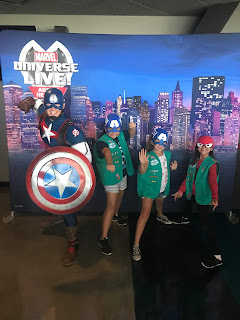 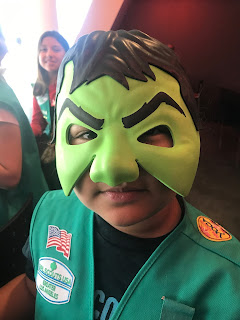 the old lady declined, but i totally jumped in.  would you expect anything less? 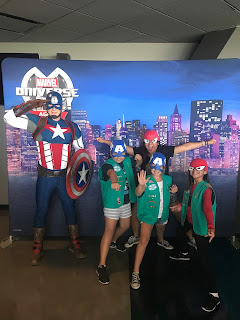 downstairs, the event staff was gearing up for the doors to open and the stampede of marvel fans to enter the arena for the show. 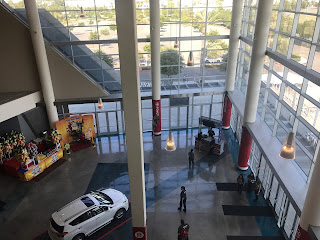 with our preshow activities complete, we headed downstairs to have our tickets scanned and find our seats.  the old lady and i split up to get the girls a snack, and i eyed this longingly as we passed by. 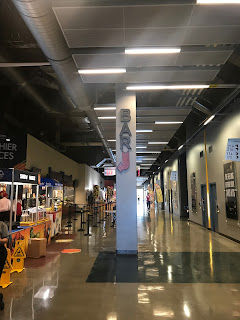 the girls' dippin' dots ice cream was served in a fun light-up cup. 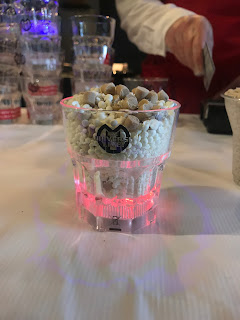 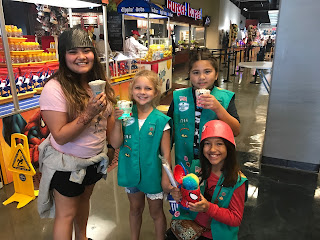 we had some pretty decent seats, especially considering we were using comped tickets.  this was our view without zooming in: 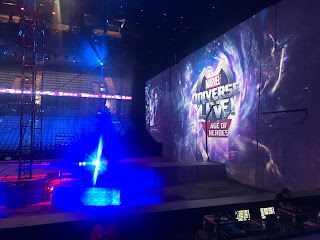 the show was just as you'd expect - super cheesetastic and entertaining for even the slightest of marvel fans. 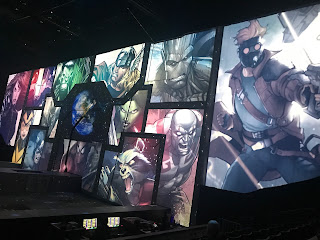 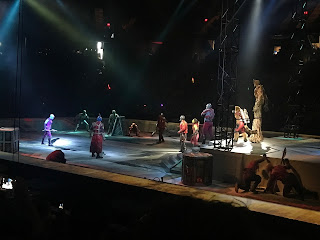 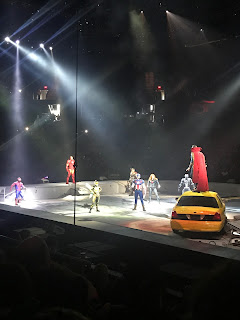 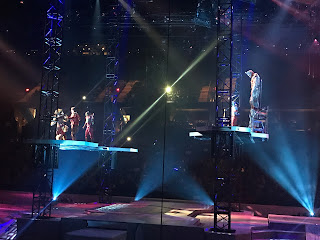 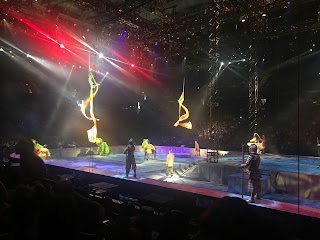 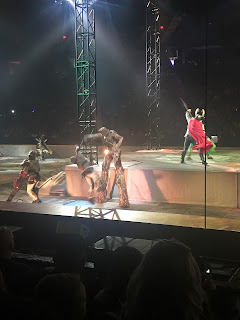 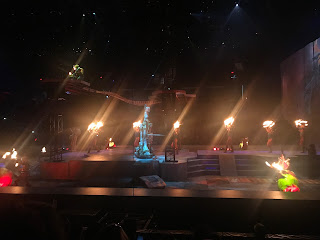 and then when it was over, we headed to the nearby in-n-out for some late-night (haha, it was 9:00) grub. 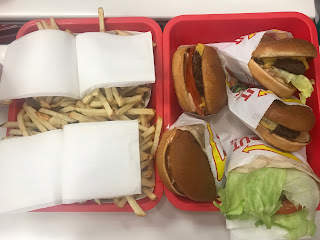 it was a fun evening, and we all had a great time.  not to mention, yay for the new junior vest debut out in the wild!