i see food, i eat it

as much as we'd all missed the bean while she was away at grandma camp, the time flew by like crazy.  before we knew it, it was friday and the last chance the hub and i had for a date night before he left for texas to scoop her up and take her home.  i spent most of the afternoon working on a dress to wear, settling on this one: 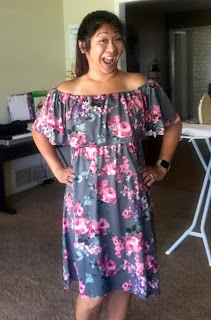 except that for a number of reasons, i ended up switching to something else instead.  this one'll have to wait for another outing.

after debating a handful of different spots to spend our evening, we settled on lost at sea in pasadena.  neither of us had heard of it before, but it sounded interesting and had pretty good reviews on yelp. 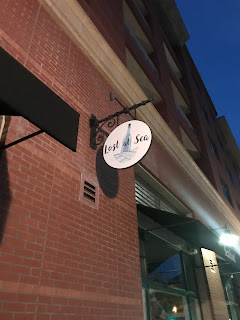 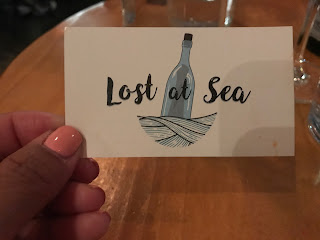 the hub said it totally looked like they'd run out of water glasses and served our h20 in some leftover votive candle holders instead. 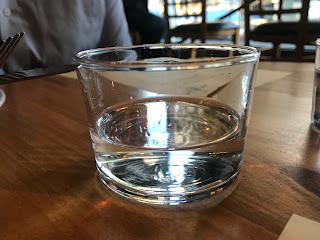 the menu was...interesting.  the hub pointed out that everything that would normally catch my eye had at least one element that would totally put me off.  and as i read through it more carefully, i realized he was totally right.  i was going to be that customer who asked to modify every freaking thing i ordered. 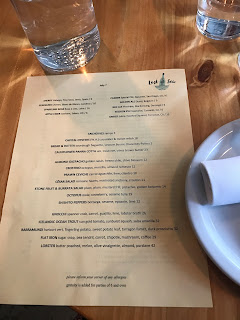 but we both found something on the drink menu...beer for him, sparkling rose for me. 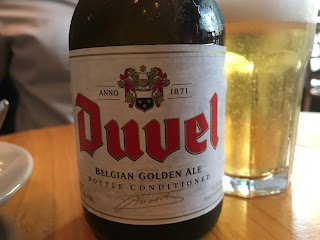 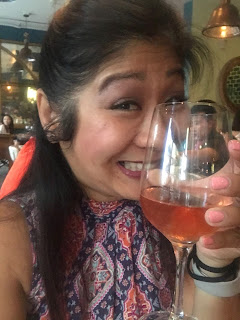 he likes octopus, so while he enjoyed this as his appetizer: 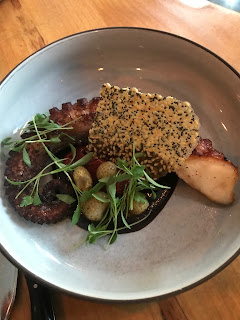 "take a picture from this angle, you can see all the tentacles and shit!"  barf. 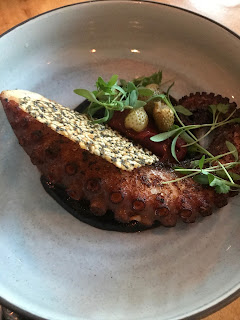 i had some super delicious, unadventurous bread and butter. 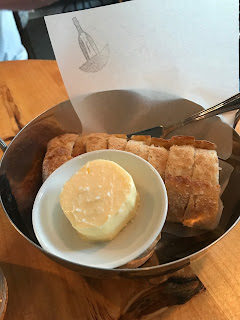 the prawn ceviche was really delicious...with the cilantro left out of it.  heh. 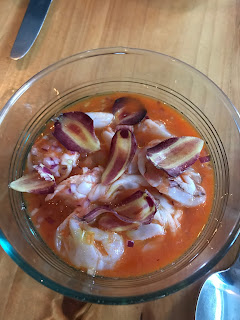 but the cauliflower panna cotta - well, we were both rather grossed out by it. 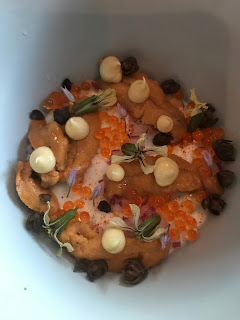 my gnocchi was delicious, though! 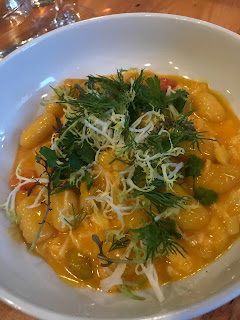 he opted for the barramundi, but it wasn't love.  i don't know if it was undercooked or if that's how it's supposed to be prepared, but the mushiness in the middle of the fish totally grossed him out.  bummer. 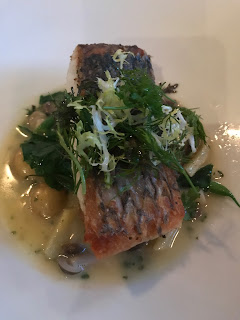 the dessert menu was pretty small, and so we opted to walk around old town and see if we could find something elsewhere. 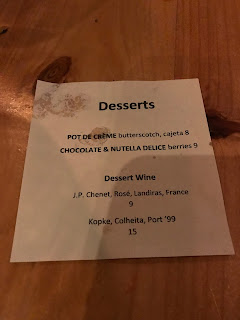 we walked into vanilla bake shop, but nothing jumped out at us. 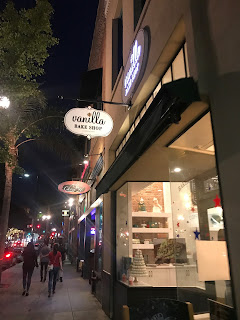 and because neither of us left lost at sea full by any stretch of the imagination, we walked into sushi roku and sat at the bar. 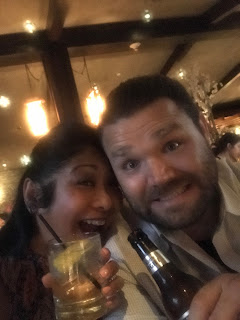 you can't go to sushi roku and not have one of their super delicious baked crab hand rolls. 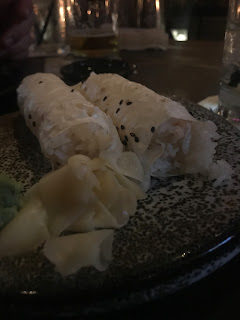 and we chose the warm butter cake with ice cream for our sweet finish. 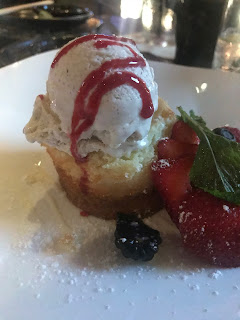