to celebrate the bean being back home from grandma camp, the old lady and i thought it would be nice to go have tea.  our original plan was to park at the nearest train station and ride the gold line to pasadena, saving us some driving/gas/traffic/etc.  except that when we got to the station, the parking structure was completely full.  luckily, we'd allotted ourselves plenty of time which gave us wiggle room to switch gears and drive ourselves out there instead.

we like going to chado tea room - well, two of us do.  the 75-year-old in the bean makes her a little crazy when we go there, because she says it's "too noisy in there to enjoy tea."  i'm so serious here.  she totally made faces the last time we went, and so her sister and i made a note not to take her there anymore.  however, tea room garden is another tea parlor located right across the street - one we'd not been to before, and so that's where we went. 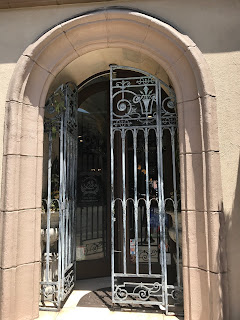 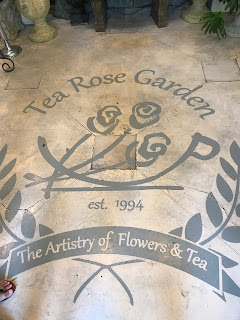 i thought i'd been here before, but as i looked around none of it looked familiar to me after all.  it was very pretty though, and really spacious inside. 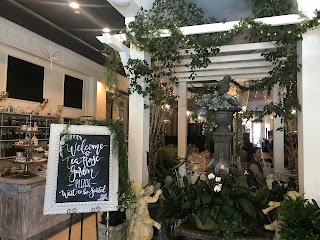 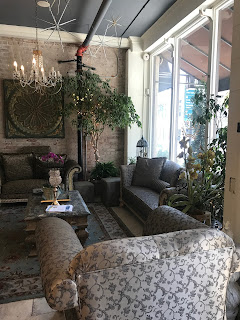 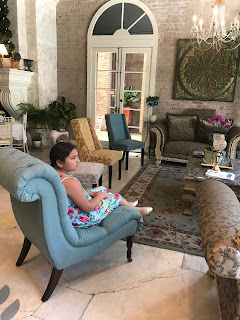 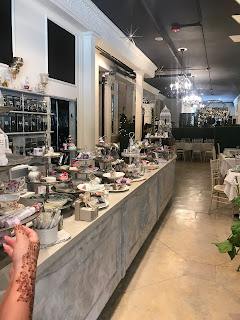 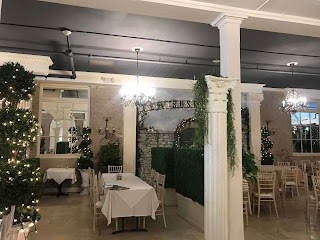 we were seated at a table somewhere in the middle, and sat down happily to peruse the menu and make our tea selections.  both girls were happy to see that there were actual sugar lumps instead of just paper packets.  makes it seem more traditional to them, i suppose. 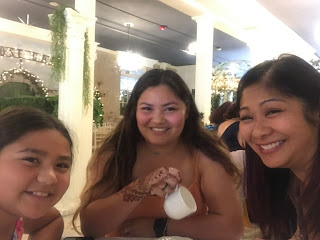 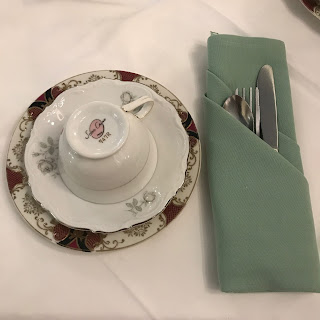 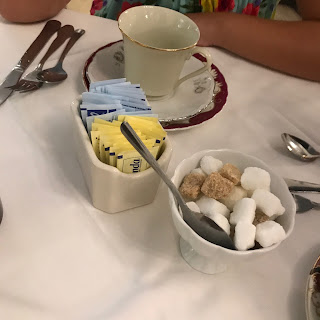 my vanilla almond tea was really delicious.  the old lady chose an earl grey-based flavor, while the bean opted for a caffeine-free vanilla tea. 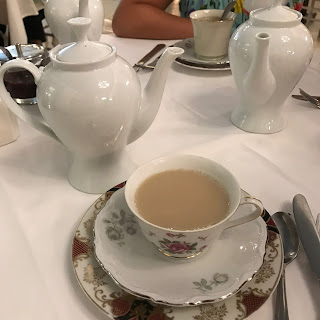 the starter salad was topped with edible flowers and served with a tasty french vinaigrette. 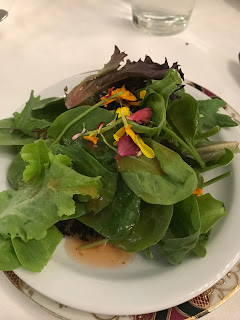 our tea tiers were filled with the usual - tea sandwiches on the bottom, scone and dessert bites in the middle, fruit on top. 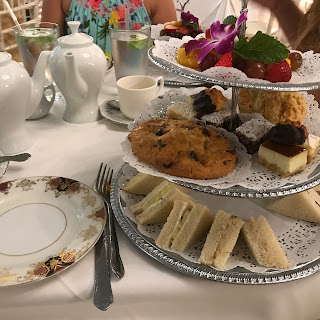 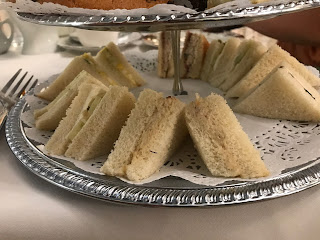 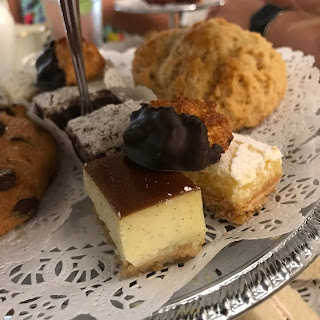 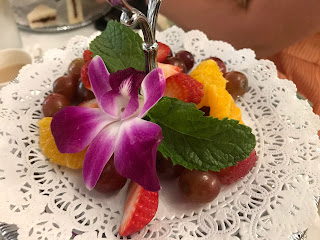 the bean and i had both chosen the chocolate chip scone, which came out looking a little deflated but was still delicious. 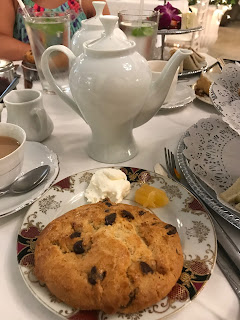 and my favorite dessert was the little creme brûlée bite.  yum. 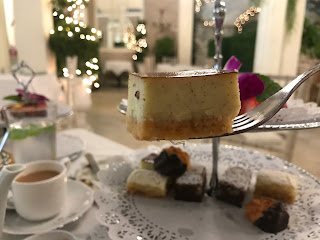 afterwards, we made a quick pitstop at target so that the bean could spend some gift cards that had been burning a hole in her pocket...since her birthday.  in october.  sheesh. 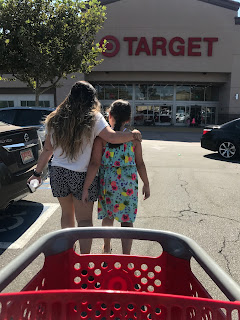 and while we were there, we noticed that the school supplies were already out, with everything fully stocked and no one else shopping.  well, duh.  because it's july, and nobody is thinking about this crap yet.  except that i'd just gotten an email from the school - you know, with important dates and uniform sale details and the lists of supplies by grade.  and so we decided to just suck it up, get it done and have everything ready so that we didn't put it off till the last minute like we usually do. 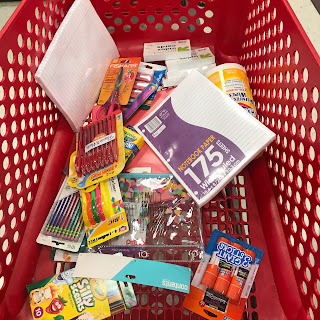 there's just about a month left of summer vacation for us before we go back to the grind and the bean starts the fourth grade.