hanging out at the monkey bar

i was so happy when a few of our SFAMily members and i were able to coordinate schedules to do a weekday lunch GTG.  getting the whole group together is turning out to be pretty much impossible anymore, with everyone spread out all around southern california with kids and work schedules and extracurricular activities to manage.  we haven't even been able to do our annual holiday hoorah the last couple of years, which makes me sad.  sigh.

although there is a small group of local-ish members, with a couple of us being stay-at-home moms and another couple currently in FUNemployment mode.  we managed to find a day when we could all come together in a central location - santa anita mall - and settled on monkey bar for lunch, which is in the newest section of the mall.

the interior is tiny, with most of it taken up by the huge bar and a few high top tables.  for a party of seven like us, the only option was to be seated outside on the patio.  luckily it's in the shade...but not in the air conditioning.  it's terribly humid in soCA these days, which kind of sucks, but i think the excitement of being able to get together made up for the muggy conditions.  and in another stroke of luck, it's dine l.a. week in los angeles and they had a special prix-fixe menu available for us: 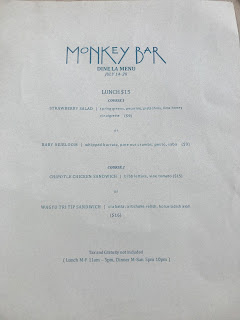 we'd tried to all sit at the same table together, but decided that the bean and mini cee might like to have their own space and sat them at their own little spot right next to us.  they were perfectly happy to be separated from the boring adult talk. 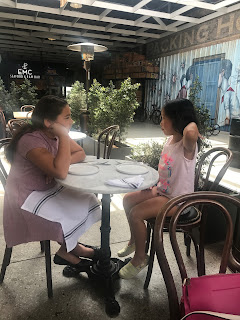 the novelty of their own table wore off after a little while though, and they turned their attention to the bicycle props just outside of the patio. 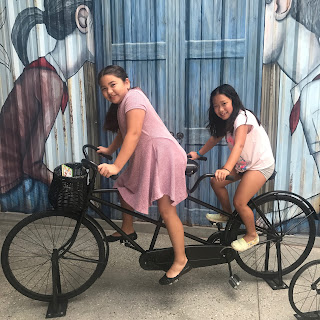 i decided to splurge and got a delicious coke served out of a glass bottle...the best kind. 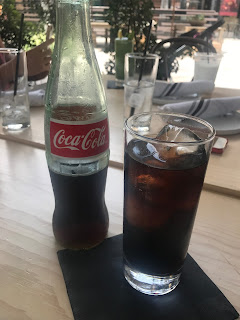 we'd all opted for the dine l.a. menu, and i chose the baby heirloom starter.  super delish. 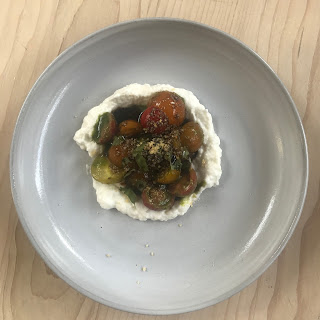 and since the tri-tip sandwich was priced at $16 on the menu all by itself, it was an easy choice for me over the chipotle chicken sandwich.  served with nori fries, it was really tasty. 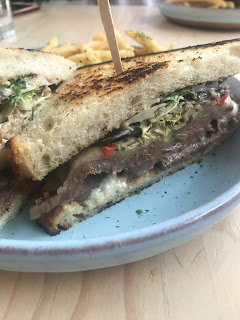 while weezermonkey and i are not deviled egg fans, we were more than happy to photograph them before lilcee and amber dug in.  look, so pretty: 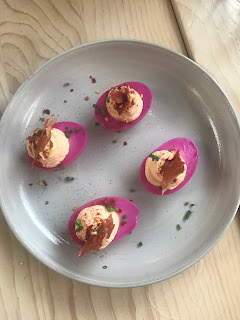 we enjoyed a nice leisurely lunch as we chatted and caught up and laughed together, and somehow ended up discussing the bra selection at the nordstrom anniversary sale.  this was rather timely, as the hub had eyed me earlier that morning and told me that i needed new bras.  amber mentioned that her favorite brand and style was part of the sale, which took us to the sale racks...which eventually landed me in a fitting room waiting to be professionally measured.  heh. 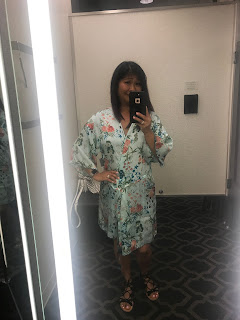 and then i was called over for a photo op, because who knows when the next time will be that we can all get together?  and yes, i know i look absolutely ridiculous.  oh well. 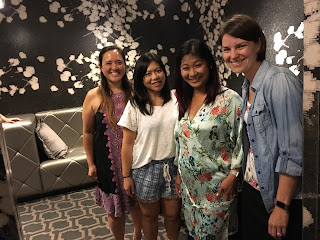 weezermonkey remarked later that it looked like i was a bride getting ready for her big day and they were my bridal party.  heh.  but then i thought about it and if i were doing another wedding, these ladies would totally be my pick to stand up with me, along with the old lady and maybe one or two other friends.

Email ThisBlogThis!Share to TwitterShare to FacebookShare to Pinterest
Labels: food is better with friends, SFAMs