more slime than you can shake a stick at

so if you have elementary-aged kids at home, you've probably come into contact with this year's summer craze...homemade slime.  now, i know homemade slime isn't a new thing.  the bean actually made slime a couple of years ago and lost interest in it fairly quickly.  but with her addiction to youtube videos and chatter with friends and all of the ingredients for slime being displayed together at stores like target and michaels, her interest has been renewed.  with a vengeance.

she's experimented with different ingredients like borax and shaving cream and lotion and glitter glue and liquid starch and little foam balls, and she has her eye on a recipe that involves baking soda and contact lens solution. it's all so weird, and yet since it's science related i don't really have a problem with it.  i DID have a problem with her using all my stuff to make her batches of goo, and so i hit up the dollar store awhile ago and picked up a bunch of cheap utensils so she'd have all her own stuff.  you know, like measuring cups and plastic spoons and containers to hold it all.  best $10 i ever spent, let me tell you.

like, she's so addicted that even when she was at grandma camp she got MIL to pick up some supplies  so she could make some while she was out in texas.  sheesh.  although i will say that her texas creation was pretty cool.  MIL got her some clear glue, and it turned out like this: 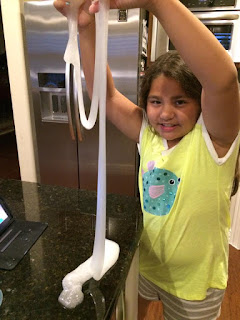 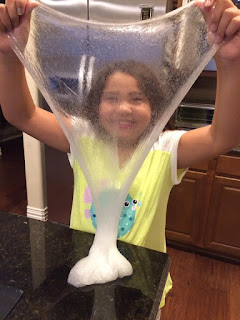 too bad that TSA wouldn't let her bring it home.  oh, she was so bummed when she told me about how they took it away when she went through security.  i bet those fuckers sat there and played with that slime when she left.  okay, not really, but still.  big bummer.

and it's actually turned into another creative outlet for her, as she brought a batch with her when she came with me and the hub to lowe's to look at boring home stuff.  it was pretty funny to watch her sculpt it into all sorts of different things: 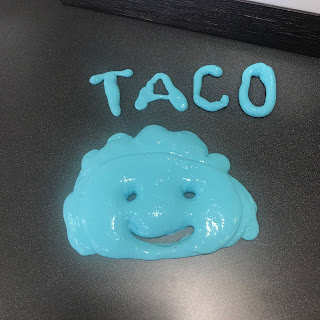 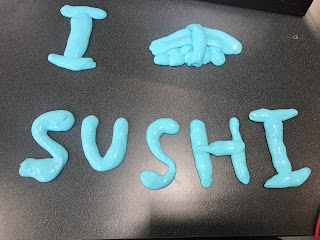 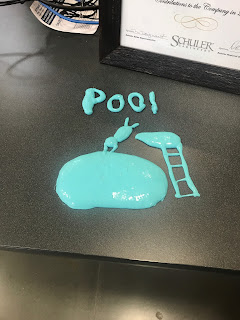 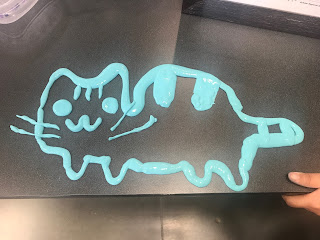 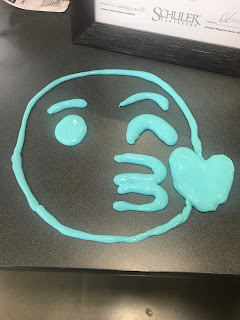 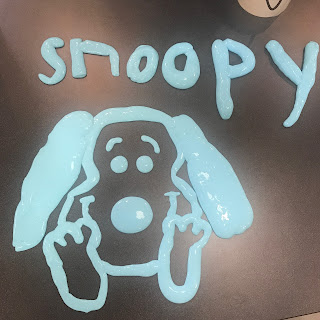 and the salesman we were talking to was pretty amused when he looked over and saw this: 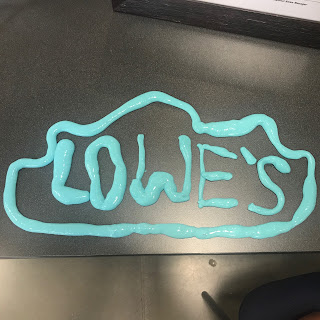 she's got containers stacked on top of each other with different colors and textures, and she even put together a little sampler pack for her friend mini cee the last time we saw her: 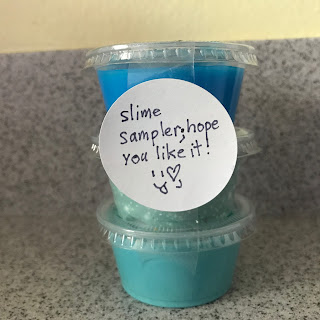 Email ThisBlogThis!Share to TwitterShare to FacebookShare to Pinterest
Labels: bean is creative, slime