friday was a super fun day from beginning to end.  after a crazy workout at orangetheory with the old lady and dropping off the bean at school, i got to meet up with some friends for dim sum.  we kicked off the foodfest with an order of the special bbq pork buns, which was covered in a crunchy sugary coating that sounds weird, but was oh so delicious: 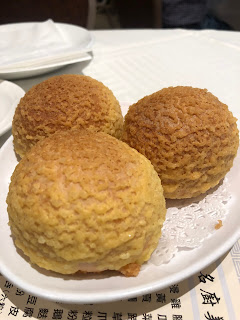 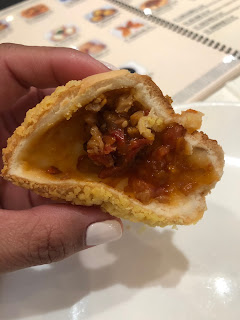 followed those up with an order of the more traditional baked pork buns and this delightful flaky pastry that also had the bbq pork inside: 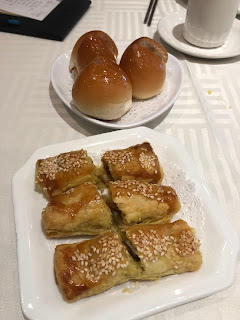 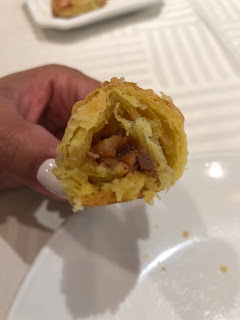 and tried an order of their pork and shrimp shu mai topped with truffle shavings. so good.  i could have eaten about ten of these. 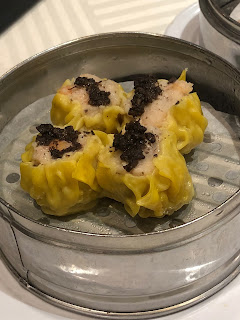 i guess it doesn't look like much, but there were lots of tasty treats passed around that table. 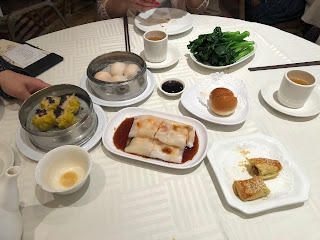 and then we got the super friendly hostess to take a group picture (or four, really) for us. 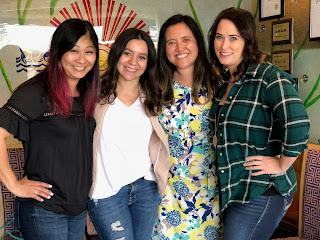 mollydog got another dose of doggy dialysis: 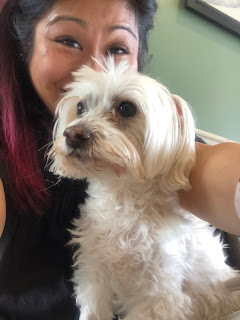 and the bean was super excited to report that she'd won a bonus surprise prize at school for raising a nice chunk of money for their upcoming fun run school fundraiser. 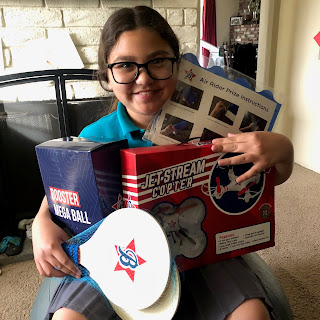 a few hours later, we got cleaned up for her very first end-of-the-season cheer banquet.  coach had asked the girls to wear team colors and since i didn't really want to put her in white or black, i'd headed out to my fabric supplier and picked up some royal blue lace.  she loves bell sleeves, so it was easy for me to pick a pattern to sew up for her.  and topped off with one of my old stella & dot necklaces, she loved it. 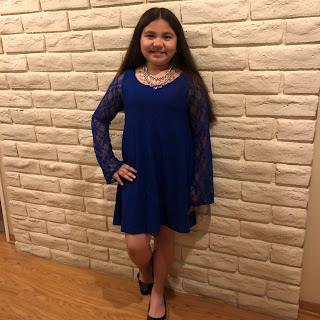 when we arrived, i found a little surprise next to the table assignment chart.  you guys, i'm so not a shots kinda girl.  but i took one anyway, and while i still had to do it in three separate gulps it wasn't bad at all. 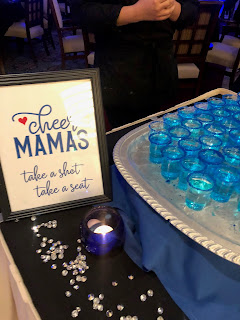 the dessert table was pretty awesome, and our table was right next to it. 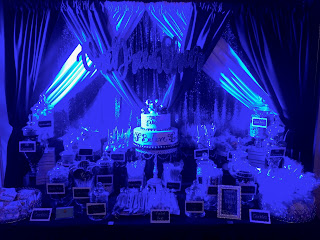 they'd done a pretty awesome job of dressing up the room.  there were lots of balloons, pictures from throughout the season, a DJ playing all sorts of music from old school hip hop to current jams, lots of sparkle and team colors galore.  i managed to snag this with her before she disappeared for pretty much the rest of the evening: 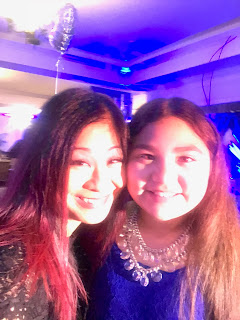 of course, she came over to share the loot she snagged from that candy buffet. my favorite cheer mom.  she's always there looking out for the bean and loves her like one of of her own, and we adore her. 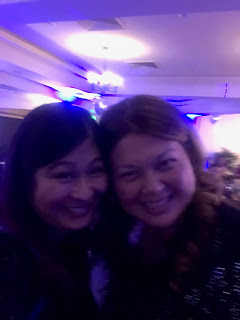 she and the hub have a fantastic relationship too.  heh. 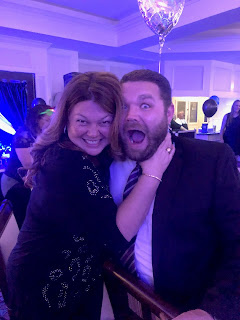 oh, and there was a photo booth too: