to celebrate the bean's triumph at the last cheer competition of the season, the hub decided to take us out to the westside.  our destination?  eataly, at the westfield century city. 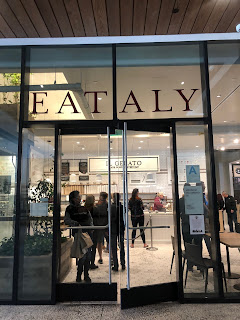 neither of us had been to one of these before, but the old lady and her special friend raved about it when they had dinner there during their new york trip last year.  they'd described it as a huge italian market with lots of places to eat all sorts of delicious stuff, and that's pretty much what it was.  the bean found herself watching the bakers work on making fresh bread for awhile. 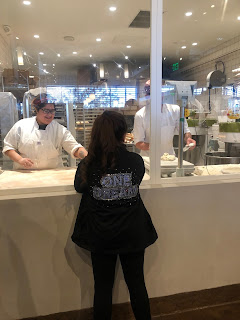 and then we walked around the whole place to see what there was to see.  there was lots and lots of fresh veggies, seafood and meat, plus tons of cheese and salami and pasta. 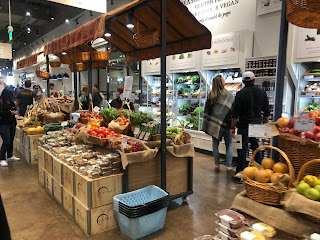 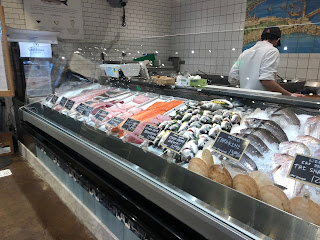 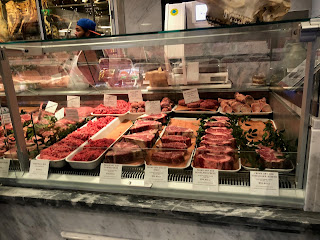 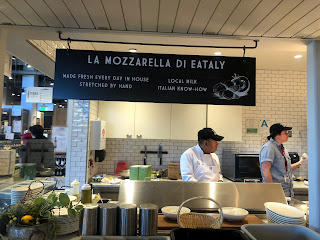 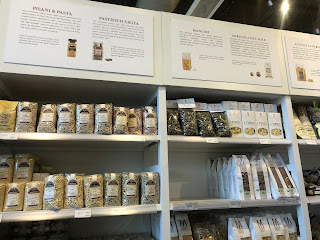 and wine!  lots and lots of wine. 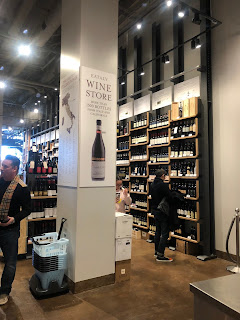 i would've loved to try their lasagne to see if it really was "tasty as hell," but with our current no red meat stance during lent, i decided it'd have to wait for our next visit. 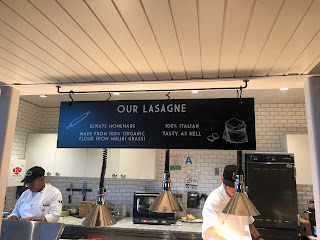 the bean had spotted rotisserie chicken at one of the food stalls, so we stopped to get her some.  and look, housemade potato chips!  yum. 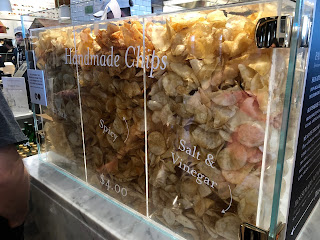 the whole place was insanely crowded and i was a little overwhelmed, so i decided to have some pizza. 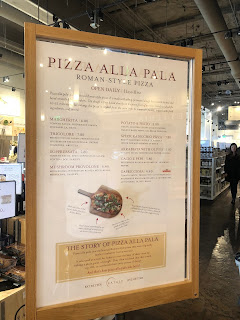 the hub couldn't decide between a caprese sandwich and one with eggplant and other stuff in it, so he got both and ate half of each.  heh.  he said they were both good, as was my pizza, but the bean was the clear winner here because her roasted chicken and potatoes were super delicious. 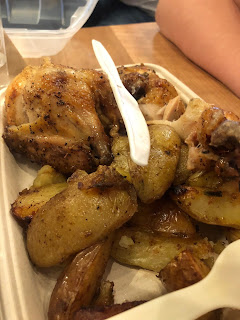 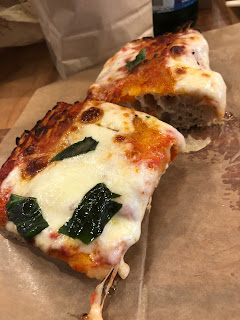 you can't leave eataly without indulging in some gelato.  she chose the chocolate hazelnut, which she shared with me, and it was like eating whipped frozen nutella.  so delicious. 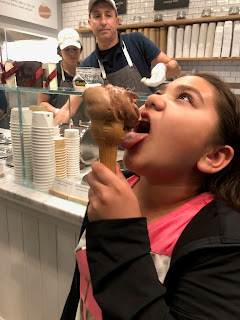 i'm still laughing at the look on the guy's face behind her.  heh.

i can't wait till we have another chance to head out to eataly.  and maybe this time we'll get to browse through the shops too.  because i hadn't had any idea that we'd be going somewhere cool after cheer, i hadn't packed anything to change into and i was sporting full cheer mom gear from head to toe.  it works at competition, but it's not so cute when you're out in the general public.  oh well.
at March 06, 2018

Email ThisBlogThis!Share to TwitterShare to FacebookShare to Pinterest
Labels: food is fun, hanging out on the west side