so on friday, the bean got to skip school in the morning so she could attend a fun event at the local all-girls' high school.  she's part of their "lucy cubs" program for girls in grades K-8th, where she's pen pals with one of the seniors.  she's received a few super cute cards, including one on her birthday, and so she was pretty excited to attend the first "lucy cub day."  they were going to get to meet their pen pals, go through stations on campus where they'd do activities in science, dance and art and then have lunch together.

there was a super fun photo op when we got to the check-in: 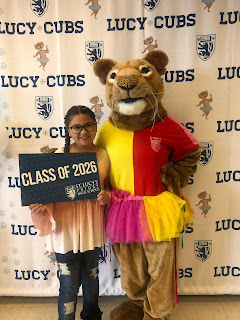 she said they'd done some fun ballet moves during the dance class, worked on an art project that would be displayed at the school during their open house next month, and made some pink sparkly slime as the science activity. 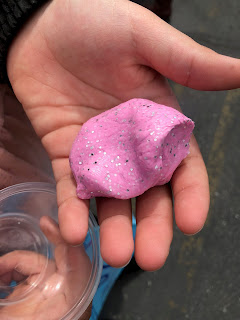 and during lunch, she happened to run into a freshman who'd been her cheer sister when she was on the squad at school.  they got to sit together and she was so excited to spend some time with her. 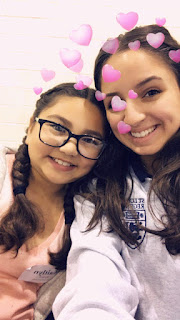 i took her to school when the event was over so she could get caught up on her weekly tests and things, and then later on when her sister came home from work we headed out to catch a showing of "a wrinkle in time." 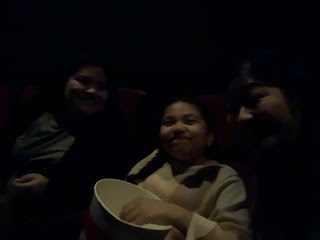 we loved that movie, by the way.  it's totally worth a trip to the movie theater.

later still, we were joined by the old lady's special friend for a trip out to K-1 speed - site of the bean's last birthday party.  we signed up to do a race together, and i was a little startled to learn that she'd grown so much since october that she was tall enough to drive the adult cars with us. 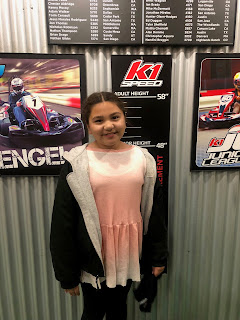 the headgear is so attractive. 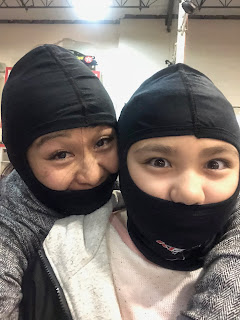 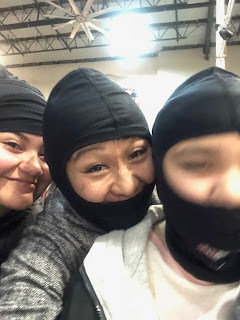 we had a blast during our race and stopped for a couple of pictures on the way out. 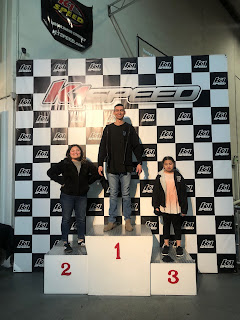 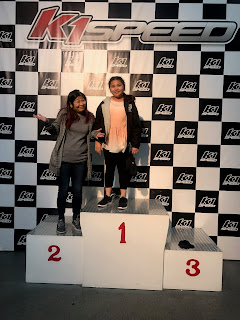 for dinner we ended up at a brand-new dumpling house, stopped at a super popular boba tea spot and then went home to crash for the night.

Email ThisBlogThis!Share to TwitterShare to FacebookShare to Pinterest
Labels: going to the movies, good times, high school here we come