just another week in the house of wan

whew, it's been one crazy week.  between all the usual craziness, we've had all sorts of stuff going on.  the water heater turned out to have a slow leak that had us scrambling to clean out the stuff that had been stored in the cabinet below it.  that was fun.  not.  and then the bean had her last week of cheer practice and went straight into the beginning of track & field season.  i was so shocked when she asked me to sign her up for that, because homegirl is not usually one to volunteer to do any running.  and i'd listened to her chat with her friends in the backseat about what to expect during practices and meets.  i thought for sure when she heard how much running was involved she'd balk, but she surprised me and not only signed up but came home from the first two practices talking about how much fun it'd been.  so awesome.  and then her mission report that we did the road trip for a couple of weeks ago is due today, so we were scrambling to get that done.

she also took home a note telling me that she was going to receive an award at the 2nd trimester ceremony, so i made my way to the gym on tuesday to watch her accept it.  awards changed this year - no more academic awards until the 5th grade (don't get me started) and instead the students will all receive one award which recognizes them for a character trait.  i mean, that's nice and all, but it sure smacks of "trophies for everyone!"  and oh yeah, even when you do get honor roll or principal's list in the 5th grade they just mail you a certificate.  it's not recognized during those awards ceremonies.  pfffft.

in any case, she was still proud to accept her award for "service" and i still beamed with pride listening to the speech her teacher prepared as she gave her the certificate. 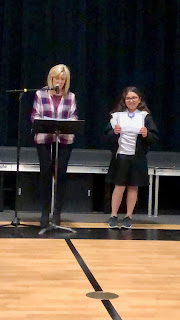 afterwards, we got a fun group selfie with her two BFFs. 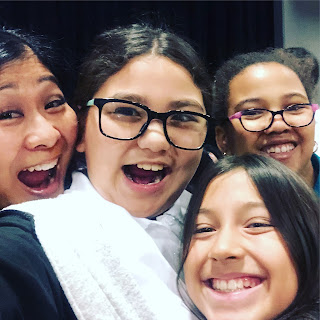 hey, you can get a shamrock shake at mcdonald's again...along with the szechwan sauce that apparently caused some folks to come to blows when they ran out of it.  sheesh. 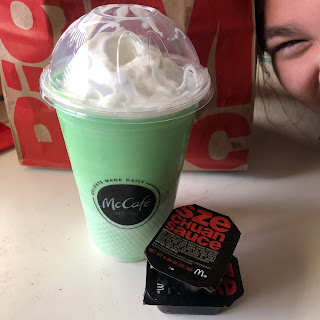 my mom came over for a quickie overnight visit and brought with her a bag full of old pictures.  i have so many questions for my 20-something self, like why were you praying?  what was up with that hair?  and what made you pick that lame background with the fake bubbles? 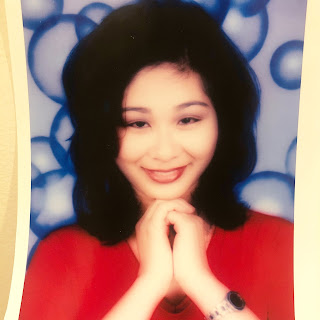 the ol' instant pot got some use this week too.  i was feeling extra lazy one day for dinner and served up some costco rotisserie chicken with some roasted asparagus and...blue box mac & cheese using the IP. 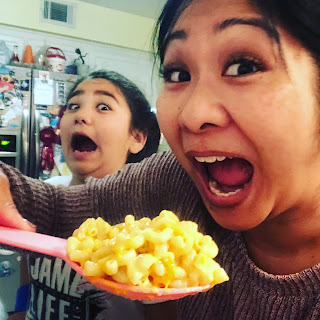 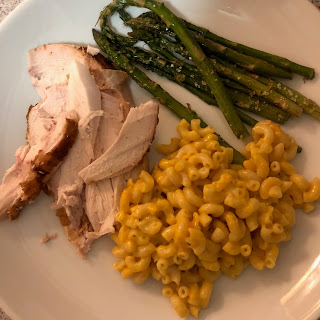 another night i tried out a recipe that mimics olive garden's chicken gnocchi soup.  i have to say, it was pretty tasty. 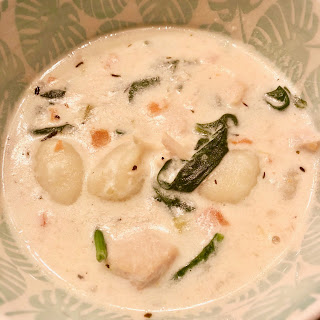 did i tell you that we gave up red meat for lent?  and the bean has been asking for stroganoff for dinner, which is one of my go-tos because it's quick and easy.  so i picked up some ground turkey to sub in the recipe and luckily she loved it.  i don't have a picture to share because it's not a pretty dish anyway (the soup wasn't either though, huh?), but it's a keeper.  and this is probably the best place to whine about how much i love when people post their recipes to share with others, but is it really necessary to tell a super long story that requires a ton of scrolling to get to the good stuff?  sheesh.