thanks a lot, simon cowell

our sunday funday continued after stopping off at home to change and hop back into the car.  this time we had the old lady's special friend with us for the drive to the pasadena civic center.  i'd snagged us some priority guaranteed seating tickets to a taping of one of "america's got talent" audition shows, and since we'd actually watched it last season we were excited to check it out.  the bean particularly enjoyed the show and the special friend had never been to a tv show taping before, so it promised to be a super fun afternoon.

there was a pretty good sized line to check in and pick up tickets, but it moved pretty quickly. 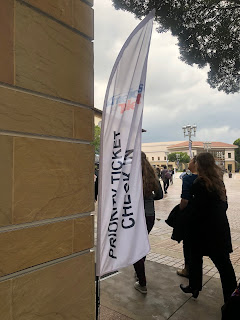 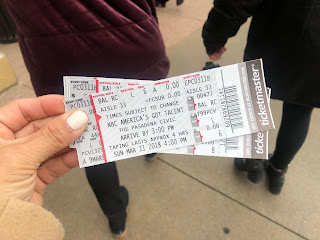 that was followed up with another super long line, but with assigned seating tickets in hand it was no biggie. 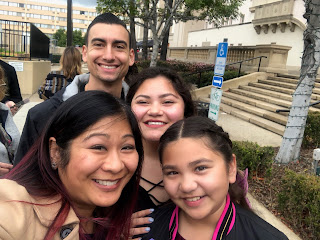 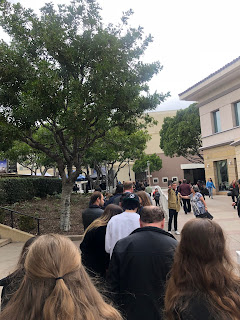 in case you didn't know, there's a chance you might end up on tv when you attend these things. 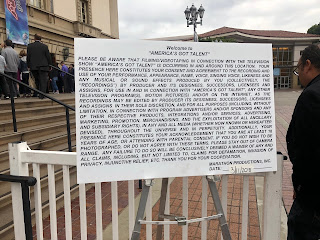 i knew they taped AGT here, but whenever i see this building i always think of "american idol." 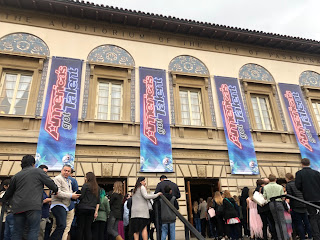 we snapped these just before we got barked at by one of the security guys.  "no pictures on the stairs!"  sheesh. 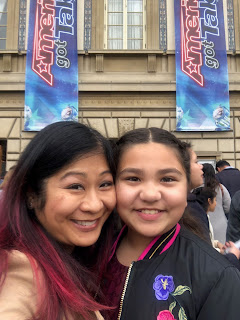 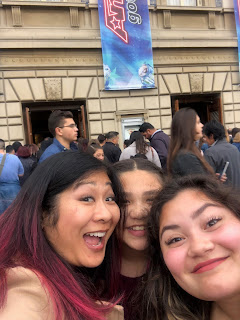 it was warm and stuffy in there as we made our way upstairs to the balcony. 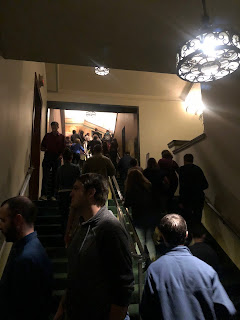 while we were up pretty high (and out of camera range, boo), we were right in the middle and had a great view of the stage and the judges' table. 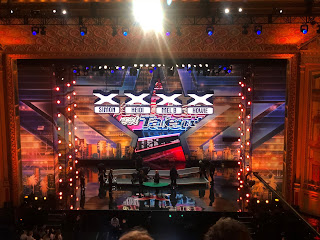 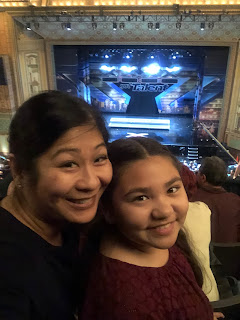 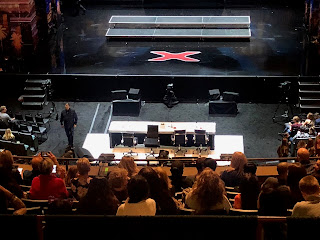 and then we sat there.  and sat there.  and sat there.  the warm-up guy kept trying to perk everyone up with games and giveaways and stuff, but the crowd started getting belligerent as time ticked away and the show still wasn't starting.  we'd checked in at 3:00 with the show supposedly starting at 4:00, and then an announcement that it was pushed back to 4:45.  that came and went, and we got to watch a few acts rehearse and then they had us shoot some audience reactions - "okay, start with some soft clapping...louder!...more!...loudest you got!"  the bean had some fun with those parts and joined in the dance party even though there was zero chance she'd get on camera. 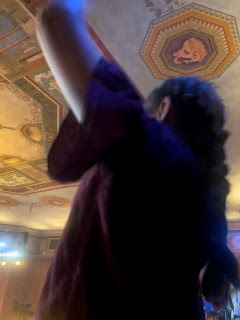 finally, the show started at 6:15. and as i'd predicted, the delay was due to simon cowell running super late.  he apologized to the audience, but i'm pretty sure his extreme tardiness resulted in us getting a shortened show.  i think we really only got to see 5 or 6 acts before the judges got up again, waved to the audience and exited the arena.  turns out there was another show scheduled for that evening, and they promised us all guaranteed seating again if we wanted to return for that taping.  alas, it was a school night and it was already too late for us by then anyway.

they're still taping, with tickets still available, but i think we've had our fill of AGT...for now.
at March 16, 2018

Email ThisBlogThis!Share to TwitterShare to FacebookShare to Pinterest
Labels: as seen on tv