time for an upgrade

so i've been working with my heat press now for what, a couple of years maybe?  and it wasn't very long before i realized that i'd definitely picked up a starter machine because a lot of the things i was working on were bigger than the heat plate on that little press.  and when the owner of the xtend studio i frequent hit me up to do some shirts to put in her retail section, i decided it was finally time to upgrade.

i checked out all sorts of different sites, comparing models and prices and features until i realized that maybe i should just stick to the same brand i was already using.  and so i picked out the one i wanted, hit "order now" and waited for it to arrive.

it made quite an entrance into my world: 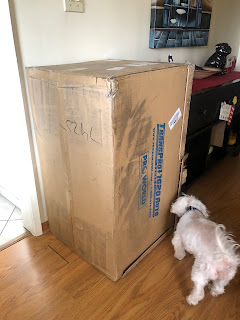 that box was HUGE.  and it took me a solid week before i finally decided to suck it up and get the thing set up.  it was super heavy and i struggled just moving it a few feet into the nook where i had decided to put it until we could find a better spot for it.  but look how awesome: 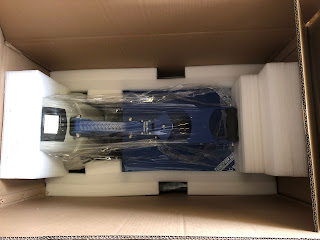 and then i realized that there was no way i was going to be able to lift this thing up out of the box and put it on the table by myself.  it was big and awkward and heavy as hell.  i sent out an SOS to the hub, who chuckled over text and then came home to help me out. 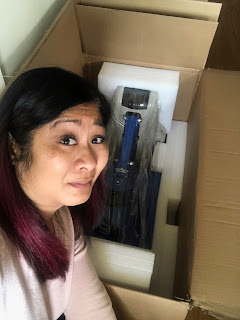 in the meantime, i got started on cutting out the vinyl and figuring out which shirts i was going to work with first.  i'd gotten a huge box of blank tank tops from xtend to work on, and it was fun going through the different colors and deciding which ones would get which design. 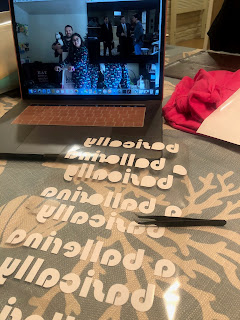 and then it was finally time to fire up that bad boy and see what the difference was between him and my little mini press. 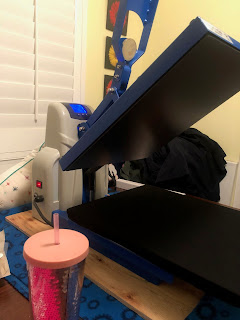 you guys, it's AMAZING.  it has a slide-out drawer, which makes it so much easier to lay the item down and get the design placed just right.  the top comes down with the right amount of pressure, with a magnet to hold it in place until the timer goes off and it pops up automatically.  this means i don't have to babysit it while i scurry around getting the next item ready to go.  it's fantastic.

here's the first few shirts i did for the studio: 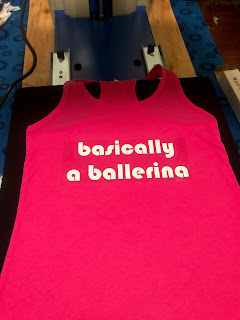 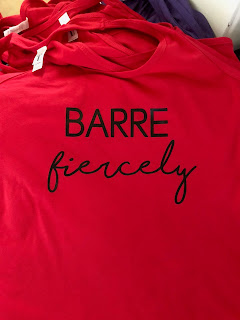 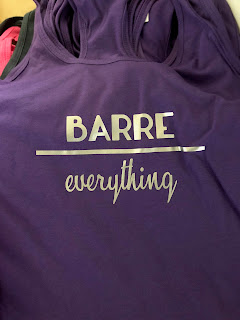 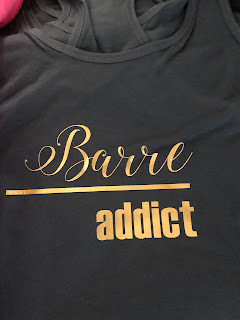 i think i have about four or five more colors of shirts and about that many designs that i've already laid out, so i'll be a busy bee this week.

Email ThisBlogThis!Share to TwitterShare to FacebookShare to Pinterest
Labels: heat press all the things, new toys