i want to get away...i wanna fly away

so while we were in vegas for cheer competition in january, the hub and i decided to plan another trip for just the two of us.  i'd spotted a giant picture advertising justin timberlake's "man of the woods" tour at t-mobile arena and jokingly suggested that we come back to see him.  and because the hub loves to keep me on my toes, he shocked the crap out of me when he said "that sounds fun, let's do it!"

you don't have to ask me twice.

well, actually, i guess he technically did because i stalled a little on actually buying the tickets while trying to figure out how to get coverage for the bean over that weekend.  the concert was on a friday night, and the old lady works on fridays and saturdays.  i decided to hit up my mom to see if she might be willing to hang out with the bean for a weekend of "lola camp," and after checking her calendar she happily said yes.  yay!

after a couple of twists and turns that aren't interesting enough to describe in detail, the hub and i found ourselves at LAX at 7:30 on friday morning, waiting to board an 8:30 flight to vegas.  we had enough time to stop here for some coffee and a breakfast sandwich: 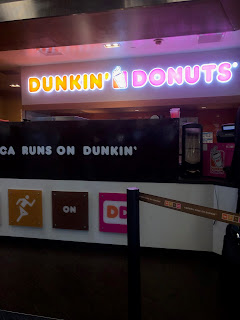 and then we were on the plane, seated in the emergency row that gave us a pretty nice amount of leg room for the 45-minute flight. 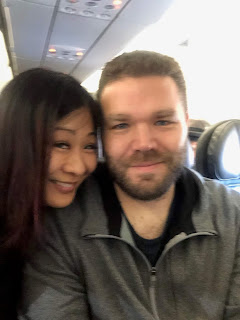 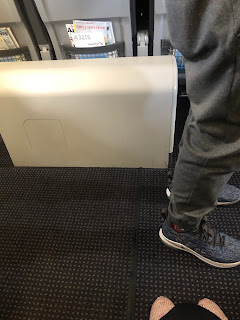 before we knew it, we'd landed and were walking through mccarran international airport, heading towards the taxi line. 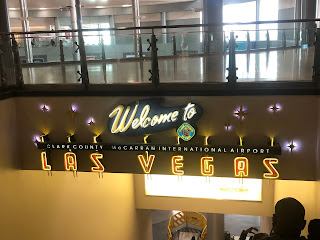 because of the early hour, we didn't have to wait very long and pulled up to the aria somewhere around 10:30. 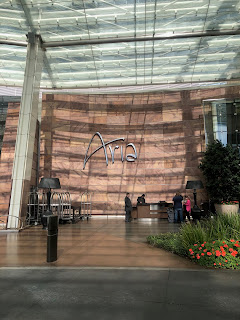 you know that check-in at hotels doesn't usually happen till about 3:00, but the hub managed to chat up the guy at the front desk and not only got us into a room by 11:00, but scored us an upgraded view from the standard one we'd booked via priceline. 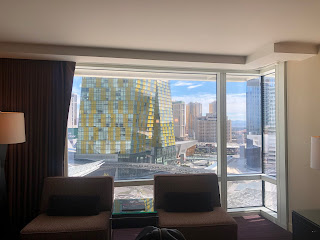 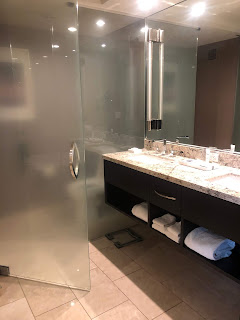 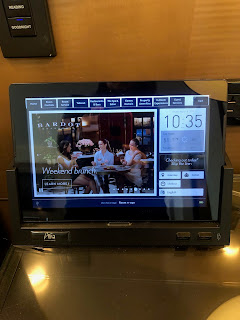 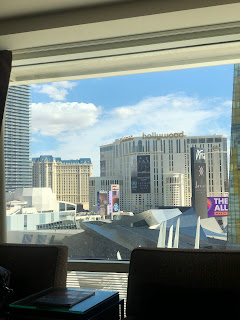 we unpacked and flopped down onto the bed to relax for a bit, and promptly fell asleep.  we'd gotten up around 5 after around five hours of sleep, and the bed was nice and comfy.  when we woke up, we were both hungry and so we got ourselves up and went downstairs in search of some lunch.  with most of the restaurants closed until dinnertime, we ended up at javier's.  my first cocktail of the weekend was a pepino margarita, light and refreshing. 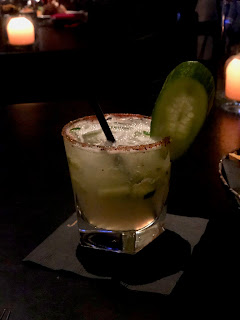 the hub opted for a carne asada plate while i ordered their shrimp & dungeness crab enchiladas.  both were super delicious. 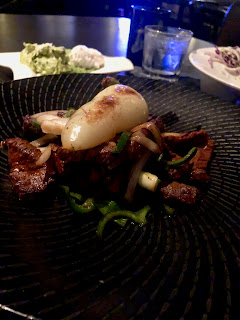 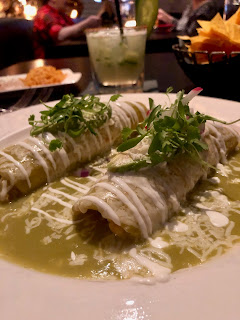 we decided to walk off our lunch and headed back outside. 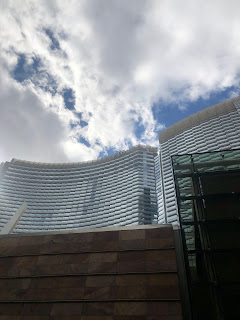 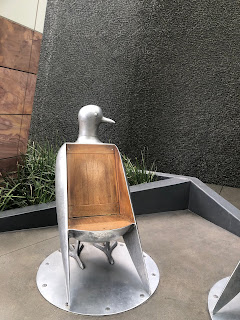 a quick taxi ride brought us to caesar's for a little shopping, gambling and cigar smoking (for the hub). 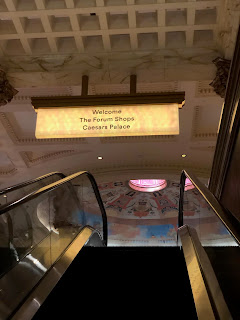 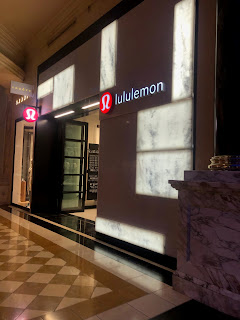 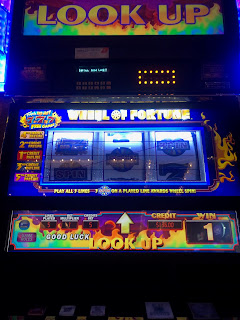 while he was at the cigar lounge, i went off in search of a drybar in the hopes of getting a blowout so my hair would look pretty for our evening out.  too bad i couldn't find one, and the salon inside caesars wanted some ungodly amount for a basic blowout.  boo.  i ended up feeding a few slot machines before meeting back up with the hub in the lounge.  he'd befriended a fellow cigar smoker, and we sat there and chatted together for awhile before heading back over to the aria so that we could get ready for our night out.

not a bad start for date weekend in vegas.  and we still had at least another day and a half!  we've really gotta make time to do this more often.
at March 15, 2019

Email ThisBlogThis!Share to TwitterShare to FacebookShare to Pinterest
Labels: vegas, wan and JT sitting in a tree