the bean's second season with one dream cheer officially came to an end with a fabulous banquet at a local county club.  like last year, the girls were encouraged to wear the team colors and she wanted to wear something in royal blue again.  we'd done some shopping online, even buying a couple of dresses that looked promising but hadn't fit right, and so i ended up buying fabric again and making her something to wear.  thank goodness she's still perfectly happy to wear clothes i make for her.

like last year's dress, i went with some stretch lace lined with some super soft brushed poly.  i used a different pattern and added a little flair courtesy of a sparkly hair clip i attached to a makeshift sash and voila: 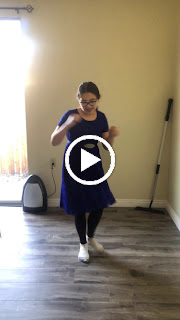 they'd asked the parents to dress in black, and using some fabric from my ever-growing stash and a pattern that had just been released i managed to bust this out the afternoon of the banquet: 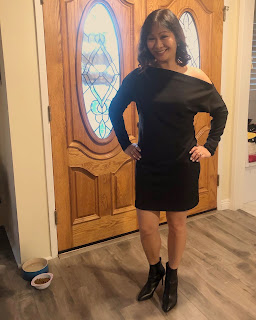 we were among the first to arrive, and when we walked into the club the photographer was busy taking pictures of attendees in front of the team's backdrop.  i mean...you know i don't pass up a good photo op. 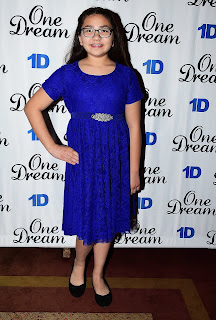 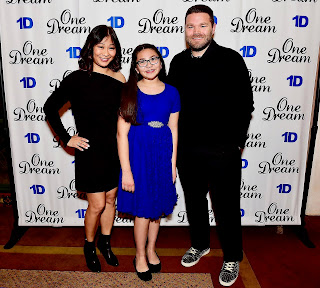 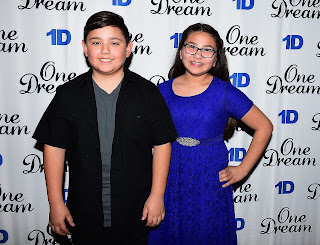 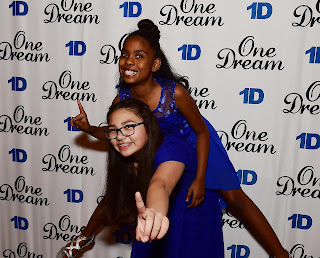 the room was set up really nicely, and seemed a lot bigger than last year's venue. 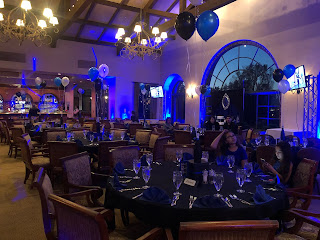 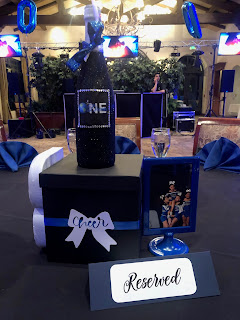 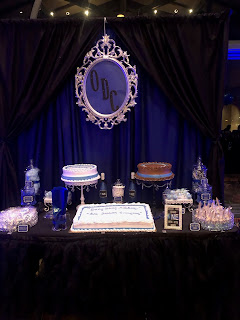 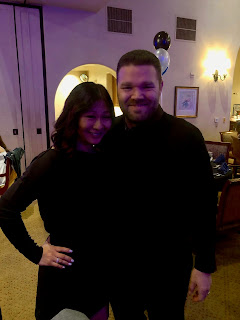 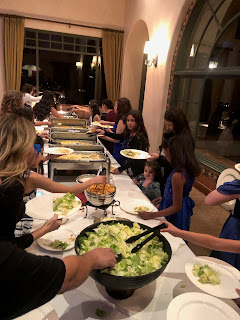 i knew she was super excited to receive one of the "best dancer" awards this year. 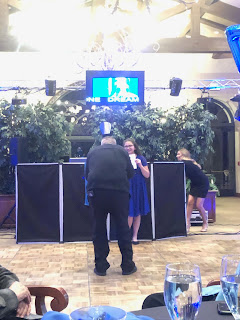 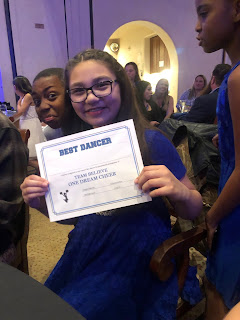 and the girls presented their coaches with appreciation gifts after all of the awards had been handed out. 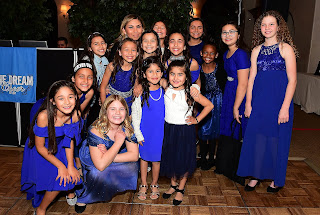 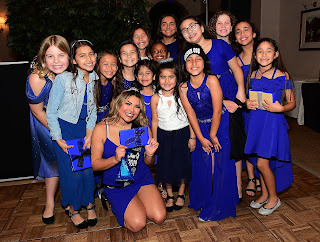 each girl received a one dream cheer swag bag that contained fun swag like t-shirts and headbands. 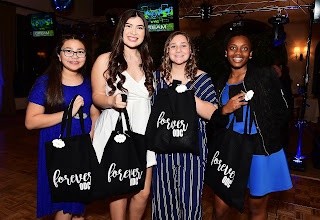 and the hub bonded with the bean's oldest and dearest friend. 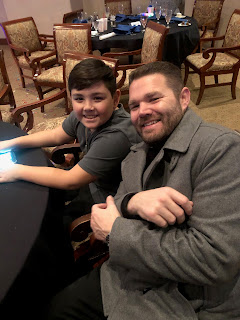 it was a lovely way to celebrate a successful cheer season, and while we'd normally be on a break until season 3 begins, the bean had opted to join a special mid-season team.  this group of athletes are going to perform in vegas at a competition in may, and they're hoping to nail their routine and come home with more championship hardware and gear.

Email ThisBlogThis!Share to TwitterShare to FacebookShare to Pinterest
Labels: cheer, the bean is a party animal