making friends in the vegas

once we got back to our room, we had about half an hour to get ourselves cleaned up and ready for our night out.  according to our tickets, showtime was at 7:30 and we'd also bought tickets for access to some VIP lounge that would give us open bar for an hour before the concert.  i couldn't get the hub to stand still long enough to take a selfie with me, so i just settled for taking a picture of my super sparkly shoes. 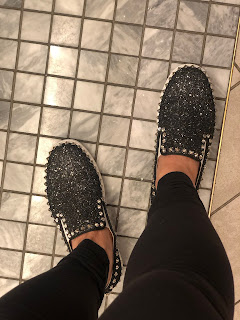 t-mobile arena is relatively new, and this was the first time there for both of us. 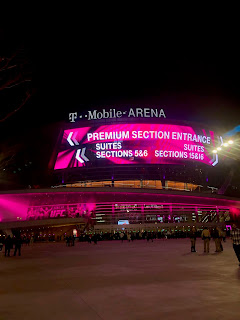 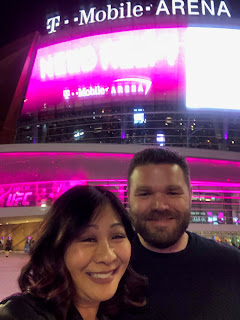 we followed the signage to get to our lounge: 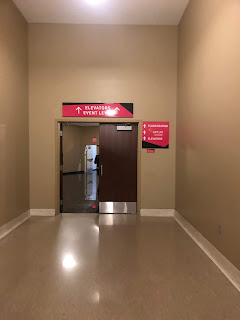 only to find that they'd located it to a different spot within the arena.  when we got there, it was already pretty crowded with most of the seating already occupied and long lines for the two grumpy-looking bartenders.  there was no music playing inside, and the vibe was more like that of a pre-conference mixer.  fun. 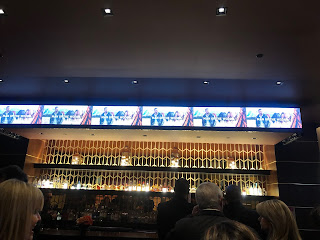 the line moved slowly for the drinks, and then we we managed to find a couple of seats on a couch with a few other couples that had also noticed how weird it was in there.  not to mention, for a JT concert, the crowd in there was...old.  heh.  i'm definitely no spring chicken, but the average age in there was seriously like 55-60.  the folks we were sitting with were already a few drinks in and really funny, and we spent some time talking to what was probably the youngest couple in the room.  they were really friendly and we all got along fabulously, so much so that we invited them to join us for our post-show dinner at the cosmopolitan hotel.  after exchanging contact information and giving them the reservation details, we all headed off to find our seats. 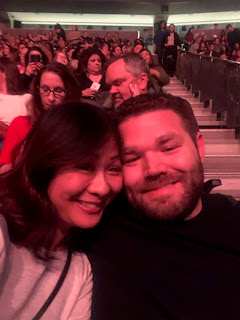 i'd already seen this show about a year ago in l.a with my friend dailygluttony, but it was extra fun to see it again with the hub. he's never been a huge concertgoer, and with several vodka tonics in him it was quite the experience.  he had just as much fun as i did...maybe even more. 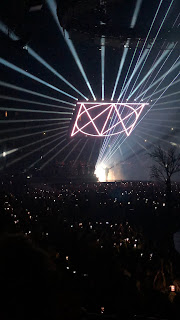 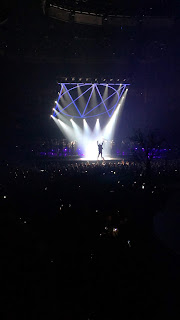 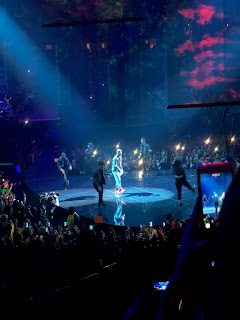 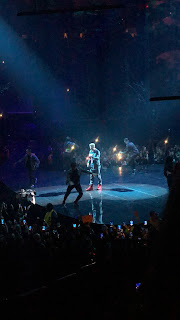 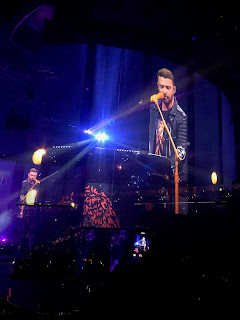 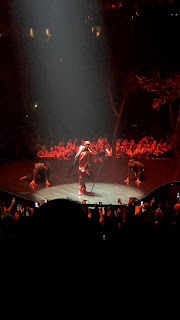 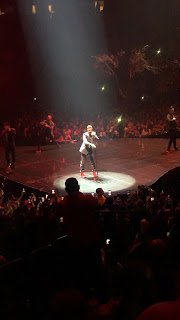 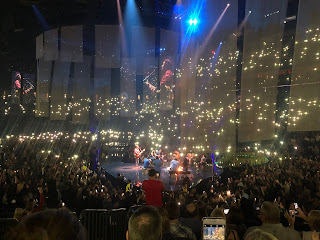 after the last song, we made our way out of there and headed towards the cosmopolitan for our 11:30 dinner reservation.  that's right...dinner at 11:30.  how very vegas of us. 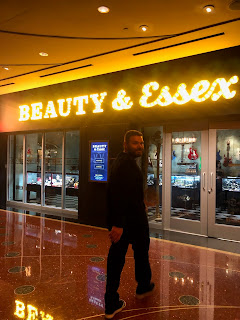 the entrance to this restaurant is through a pawn shop.  we were invited to browse through the goods before disappearing into a nondescript door behind a counter that led to the main restaurant.  this was my favorite item for sale: 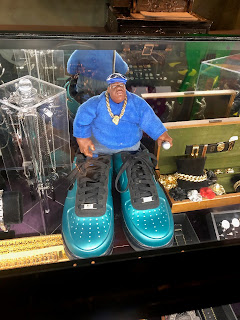 we weren't at all sure that our new friends were going to show up, but we took a table for four anyway and perused the menu as we made bets on whether we'd ever see them again.  surprisingly, they actually did arrive just a few minutes later.  we compared notes on the concert, giggled again over the fact that the average age in the arena was also about the same as in that "VIP lounge," and then got down to the business of ordering some food.  we ordered some fun appetizers - grilled cheese, bacon & tomato soup dumplings, beets & burrata on toast and thai-style shrimp.  all were super delicious. 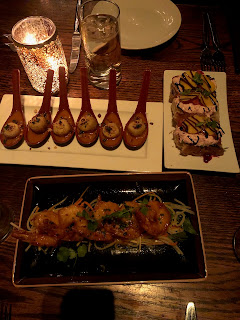 because of his no-carb deal, the hub had us order the spaghettini he'd heard so much about and settled for living vicariously through us.  it was really good, and a true test of his willpower as he watched us eat it. 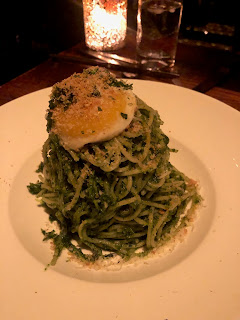 he made up for it with slices of the tomahawk steak, cooked perfectly and portioned just right. 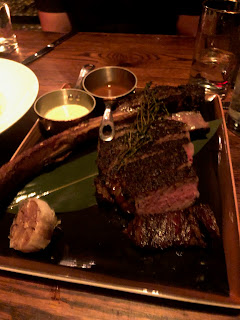 these were the blistered shishito peppers, which i passed on but everyone else enjoyed immensely. 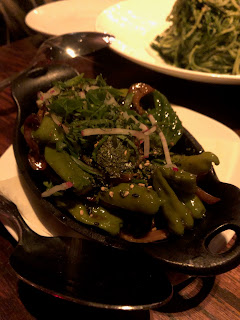 and then the dessert platter - butterscotch pot de creme, tiramisu, and fresh doughnuts with three dipping sauces.  all were so good, even though i was already stuffed silly. 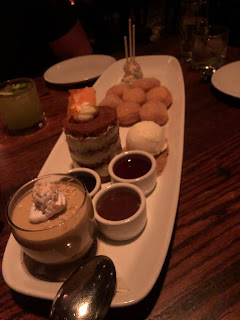 we said goodbye to our new friends and then headed back to the hotel to collapse into bed.  it was past 2am, and we'd both gotten up at 5 the previous morning.  this is so unlike me.  talk about living it up vegas style. woohoo!
at March 19, 2019

Email ThisBlogThis!Share to TwitterShare to FacebookShare to Pinterest
Labels: vegas, wan and JT sitting in a tree