i'd seen people posting about smorgasburg la all over social media for awhile - it's one of those food fest type things with lots of vendors offering food, drinks, merchandise...you get it.  and you know how much i love doing stuff like this! 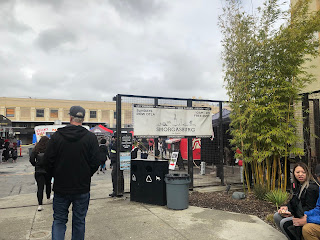 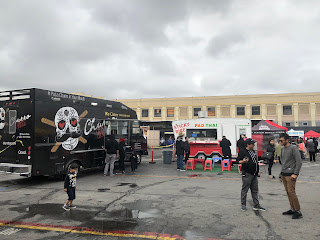 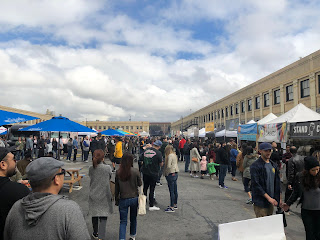 it's located on the site of an old produce market, which is kind of cool.  row DTLA is there too, with restaurants and shops and offices.  total hipster magnet, so we were somewhat out of place but we didn't care.  the bean was excited to turn the corner and see this booth: 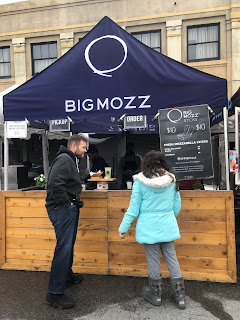 she placed an order for some fresh mozzarella sticks served with marinara sauce and washed them down with lemonade.  my kid loves her some fried cheese...then again, ain't nothing wrong with that. 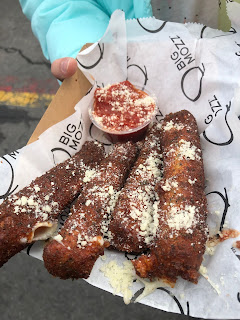 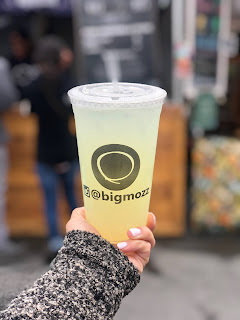 this booth caught the old lady's attention.  yeah, you read that right - fried chicken in a strawberry donut. 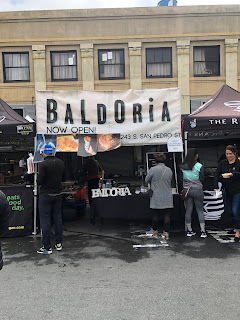 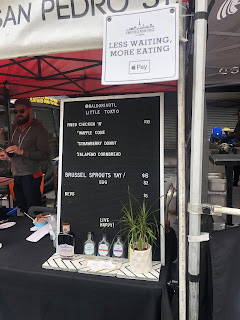 she placed an order immediately. 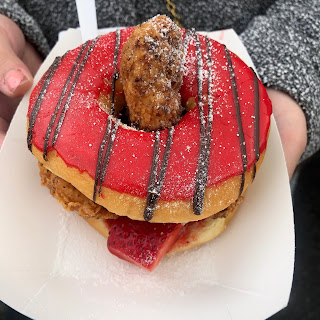 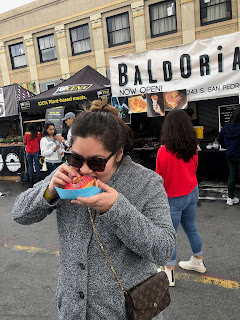 as for me, i was excited to try this: 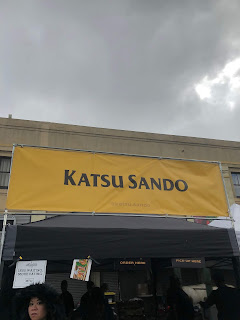 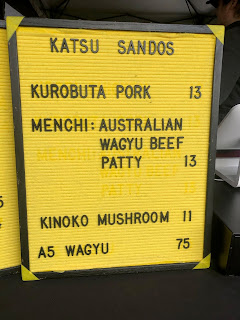 no, i didn't go for that $75 wagyu sandwich, but two people in front of me did.  i opted for the menchi sandwich instead, and it was super duper tasty. 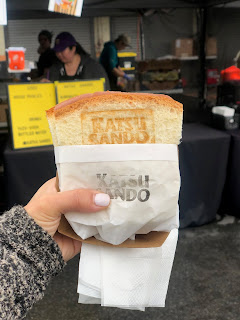 and filling!  so much so that i had to pass up another booth that had caught my eye.  this vendor was serving up gigantic soup dumplings that looked delicious, but i'll have to wait till we head out there again. 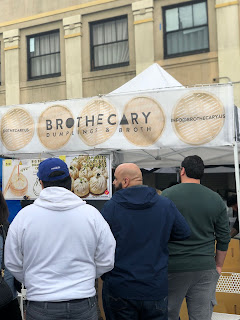 the old lady and her special friend shared a burrito stuffed with mediterranean beef and rice drizzled with a spicy sauce. 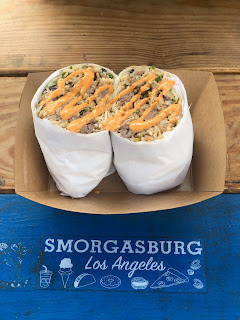 the hub, still on his keto kick, hadn't really found anything that he was interested enough to try, but he and the bean disappeared for a few minutes and came back with this: 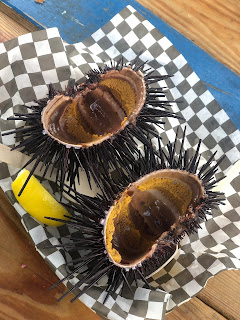 it always amazes me how much more adventurous the bean is than her sister.  hell, even more than me a lot of times.  this sea urchin was still moving when they brought it to the table.  she seemed to regret it a little as she sat down in front of it, but she gamely picked up a spoon and gave it a shot. 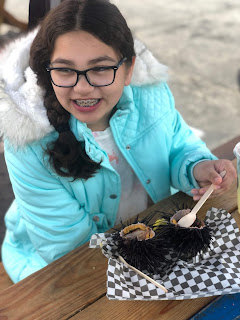 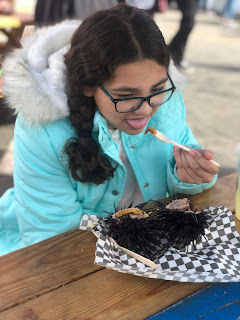 final verdict:  glad she tried it, but never doing it again.  much like the oysters she had at catch a few weeks ago.  heh.

there's a whole row of vendors offering vegan grub, if you're into that sort of thing. 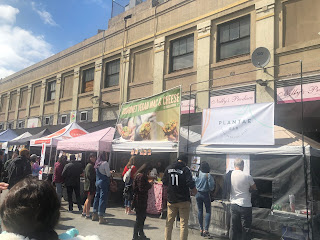 and we picked up some macarons here before we headed back to the car. 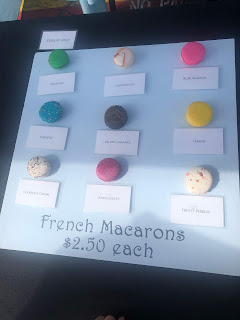 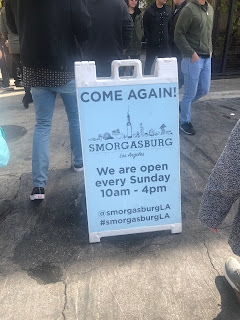 we decided to head out to the grove to walk around and browse some shops, and on the way there we stopped for some hipster coffee. 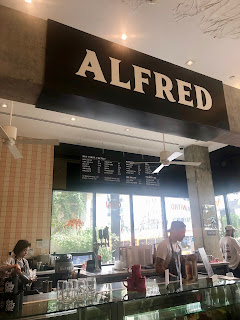 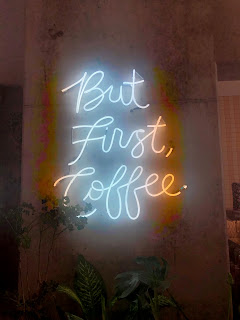 by the time we got to the grove, we were hungry again (and in the hub's case, *still* hungry).  it was pretty crowded, being a sunday that wasn't pouring down rain, and so we ended up splitting up - the bean and the hub off to one end of the farmers market, and the kids and me on the opposite end to pick up a charcuterie board at monsieur marcel's. 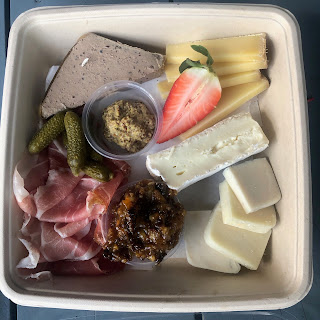 the old lady was not a fan of that paté.  actually, none of us were.  it's just gross.  and somehow it managed to spread its scent and flavor to pretty much everything else on the plate.  boo. 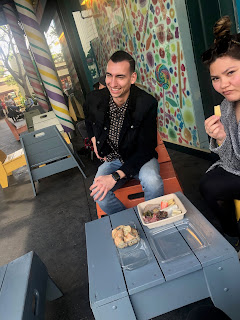 still, it was a nice day spent together out on the west side.  it's always a good time when we go exploring out there, and we even managed to leave the grove without buying anything.  win-win all around.
at March 14, 2019

Email ThisBlogThis!Share to TwitterShare to FacebookShare to Pinterest
Labels: food is fun, hanging out on the west side