oklahoma, where the wind comes sweepin' down the plain

this is where we took the ILs for our first lunch in oklahoma: 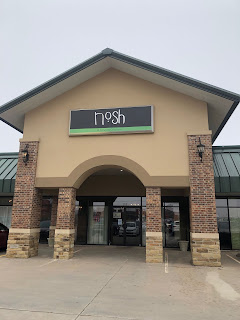 it was a cute little spot that offered a bunch of delicious-sounding entrees and sandwiches, plus afternoon tea.  too bad they required a day's notice for that tea service...i would've loved to indulge in that.  i do love me some tea.  instead, i ordered steak and eggs from the brunch menu that was served in generous portions and perfectly cooked...for a mere $10.  pretty sweet deal.

the biggest bummer was that the bean somehow managed to catch some weird bug that had her feeling exhausted and pretty crummy.  she didn't even want to eat anything, and sipped at some water and laid her head down on the table while the rest of us had lunch.  knowing that we couldn't have her around the baby for fear of making him sick, we dropped off the ILs after lunch and then headed to a nearby target to find some meds.  we gave her a dose and let her sleep while we headed back towards the hotel.  on our way we decided to make a stop at the university and check out where brother wan works.  they have stadiums for every sport and cool looking historical buildings and cute sorority houses and stuff. 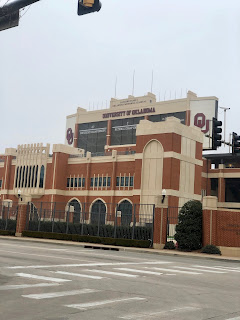 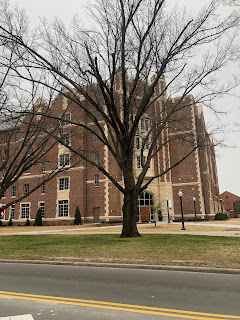 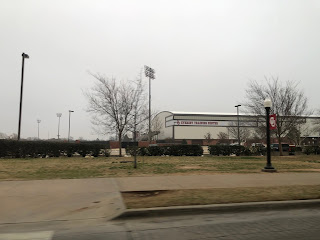 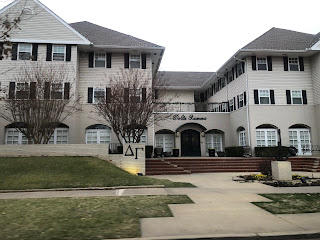 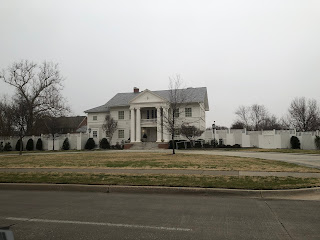 the hub had been complaining that the best western we were staying at was - well, it sucked.  it was further from brother wan's house than we'd thought, and he'd been turned off big time by the crappy attitude he'd gotten at the front desk during check-in.  not to mention, the room was less than fabulous and we were situated right across the street from what looked like a strip club.  yeah.

and so we decided to check out of that joint and grab a room at the embassy suites we'd spotted across the street from the giant target shopping plaza.  it was much nicer and the staff was super friendly and accommodating, and after walking us up to our 8th floor room and tucking the bean into bed to get more rest the hub left us to grab our bags and check out of that best western. 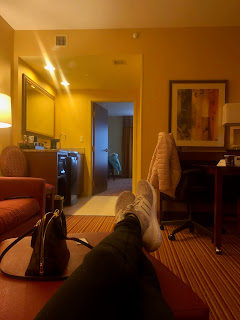 after a couple of hours of rest, the bean was up and back to her chipper self.  i'd encouraged the hub to take his brother and dad out to dinner for some bonding time, and we all piled into the rental car again to drop him off at the house.  we got out to say hello to everyone and somehow ended up staying for dinner.  before they left, brother wan showed us their tornado shelter in the garage. 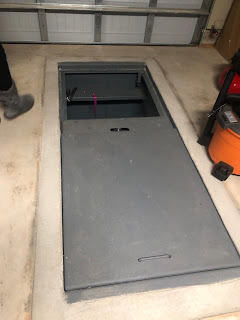 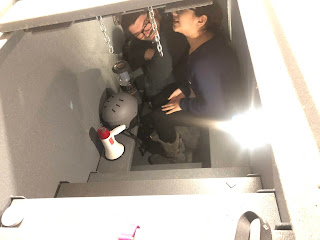 i didn't go inside, but the bean was pretty fascinated with it.  i mean, hey - we're from southern california.  tornado shelters aren't really a thing where we live, so for us this was quite the novelty.  heh.

brother wan offered to run out and pick up dinner for the rest of us before they took off, and the hub went with him to pick it up from a nearby restaurant.  here, too, we were a little astonished at how inexpensive the meal was.  sister wan, MIL and i all ordered full prime rib dinners while the bean opted for a fried chicken plate, and with tax and tip it was still right around $100 for everything.  wowee.

after the guys left for their evening out, i got to cuddle baby wyatt while his mother got some much needed rest. 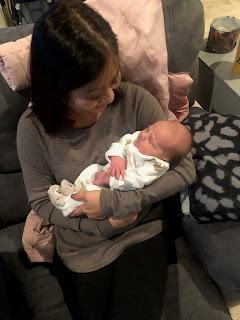 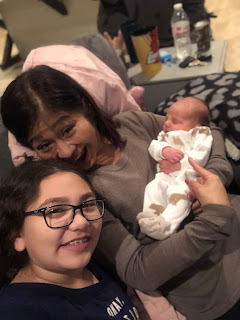 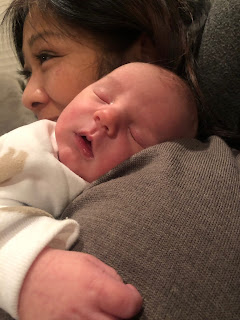 brother wan and FIL rolled in around 11, having dropped off the hub at a cigar lounge he'd been wanting to check out.  the bean and i decided to leave when the ILs did, and i reluctantly gave back that sweet baby and drove us back to the hotel via a super dark back road that the GPS decided was a better route than the highway.

the hub caught an uber a couple of hours after that, and reported that the lounge had exceeded his expectations.  he loves to check out cigar spots everywhere we go, and the bean and i are perfectly happy to relax in our pajamas in the hotel beds.

Email ThisBlogThis!Share to TwitterShare to FacebookShare to Pinterest
Labels: brother wan has a baby, traveling