yesterday, this finally made it out of its factory shrink-wrap: 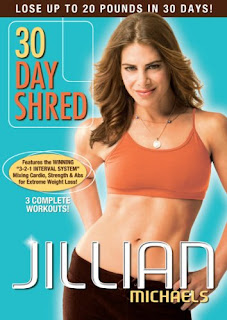 let's just say, today, it hurts to be me.

almost immediately after i collapsed onto a chair, wheezing and sweating my ass off, the phone rang. and it was the bean's agent - with a majorly last-minute audition. like, it was about 11:00 and the casting call was on santa monica boulevard at 2:45. shit. on top of it all, she'd just fallen asleep. sweet!

but like a good stage mom, i accepted the audition, put the sleeping bean in the loving arms of her sister, and trotted off to the showers. i managed to throw together a quick update of her photo card, and after squeezing in a good two-hour nap, we changed her and hopped in the car.

at that hour, the drive into the westside was a breeze. i cringed at the sight of the growing traffic on the other side, but hoped we could get through the audition quickly and get back to the pasadena area before it got too bad.

we arrived at the studio fairly quickly, with plenty of time to spare. after grabbing a quick bite at del taco (mmm, chicken tacos), we decided to head in, as casting agents always like to see folks who are not only on time, but slightly early. 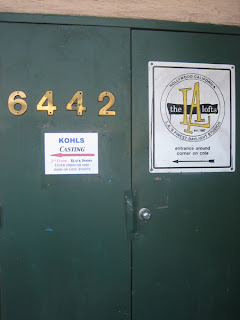 we followed the signs and found that there was a line to get in. good thing we were early! we stood in the hallway, trying to keep the bean entertained, chatting with the other moms in line. i noticed lots of older kids there and only a handful of toddlers, which i hoped was a good sign. as others finished their auditions and left, their parents would look at us, standing there as the temperature rose, and give smug grins. "ah, look at how long the line got! aren't you glad we're all done?" one said. when asked how long they waited, they laughed and said "from about here [gesturing a few feet ahead of where we were standing], it was about 35 minutes."

finally, we approached the door and saw that there were chairs and beverages inside - and the air conditioning was turned up. thank god. we were told to wait at the door until called, and the mom ahead of me and i cracked up at this sign: 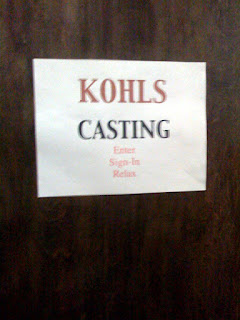 we were finally called inside, and after i filled out the form, we got our number. 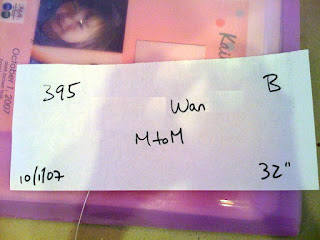 it was a breeze from there. no less than ten minutes later, our number was called. the bean stood on the mark, stuck two fingers in her mouth, and grinned at the camera. i was standing next to the photographer, so she came towards me and i put her back on the mark a couple of times before they got the shots they needed.

and that was it! amazingly, the line had grown even more as we waited - it had tripled in length since we first got there. yikes. it went down the hall, wound around the corner, and damn near went back out the door. i felt sorry for them, but like the other asshole parents before me, was glad to be done.

it was 3:30, and so the traffic wasn't bad getting back to pasadena. i needed to stop in old town to pick up supplies at paper source, and we decided to hang out and walk around a bit. apparently, the audition was more tiring than i thought, because the bean had fallen asleep. 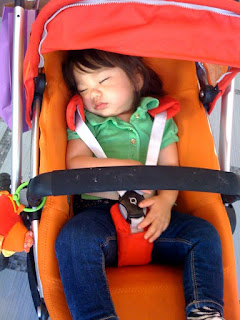 we stopped in to check out the goods at the juicy store, and as the teen drooled over dresses and hoodies and other fun stuff, i melted into a big girly puddle at this. 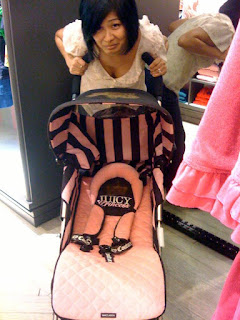 and OMG - can't you just see the bean rocking this at the beach this summer? 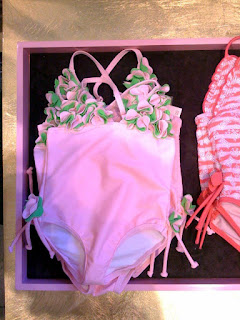 too stinking cute. but out of our budget for sure. so we strolled our glum asses out of that store, walked down the street a bit, and turned the corner to come here and drown our sorrows in sugary sweets: 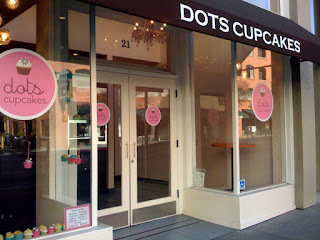 dot's cupcakes had recently opened a second store in old town, and i was excited to have a treat. it'd been a while since we'd indulged in overpriced cupcakes, and i wanted to see the new store. it's so cute! and the teen and i both ooooooh'd and aaaaaah'd at the chandelier and cute interior lighting. 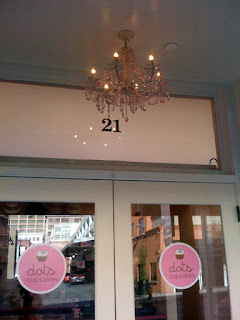 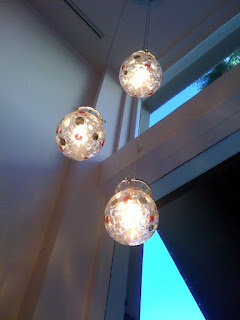 inside, we were slightly bummed to find that they were out of a bunch of flavors. 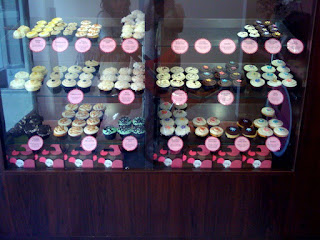 but it was all good. the teen chose a chocolate mint cupcake while i opted for red velvet, and we split them both. 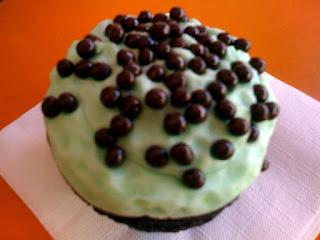 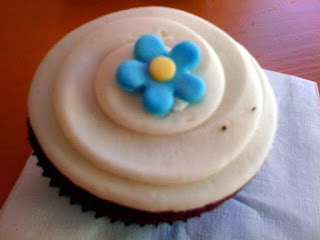 i thought the sporks were really cute (and giggled as they made me think of diame). 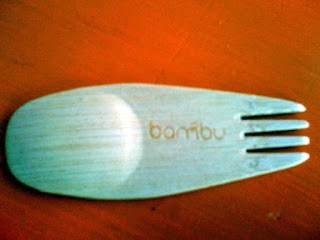 we devoured our cupcakes and left with two minis: dulce de leche and lemon drop. 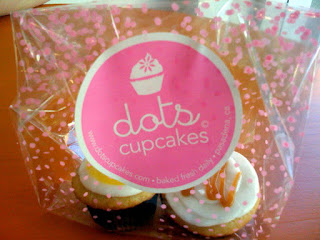 surprisingly, even at 5:45, the traffic wasn't horrible going home. we used the carpool entrance on fair oaks, slowed down in a few predictable areas, and managed to pull into our driveway in half an hour.

for dinner, i pulled up a recipe for black bean enchilada casserole that amber had sent me. as i've mentioned before, the teen and i are not fans of beans, but her new vegetarian diet requires them, and she's resigned to this. and, being the supportive mom that i'm trying to be, i am too. 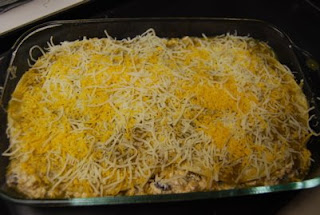 i used green sauce instead of red, left out the green onions and cilantro (not a family favorite), and tossed in extra cheese. and it was really, really good! 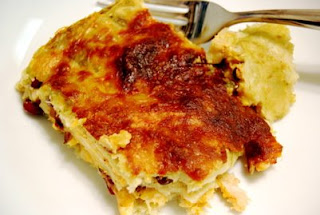 the teen and the hub both agreed, and together we devoured almost the entire pan.

this morning, i'm waiting for the teen to wake up so that i can make her some scrambled eggs with this: 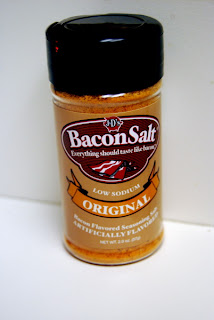 oh, yes. bacon salt has finally made its way into the wan house.

Email ThisBlogThis!Share to TwitterShare to FacebookShare to Pinterest
Labels: dot's cupcakes, jillian michaels can kiss my big ass, the bean's got an audition