yeah, yeah, yeah.  i know i've been blathering on and on about this party for ages already, and you're likely pretty darn sick of it by now.  and the bash is still a few weeks away.  heh.  i'll try to restrain myself from going on and on about every little detail, i promise.

but i love these invitations so much that i have to share them.  and by now, most of the invitees have already received theirs.  yay!

we're using four colors to represent the monsters, inc. theme.  my goal is to incorporate the theme as much as i can without making it too commercialized, so you won't find a whole lot of actual character usage or preprinted party goods.  not that there's anything wrong with that, i just don't want to go that route.  so i bought the envelopes in all four colors and just alternated them.  green for mike wazowski, blue for sully, and the fuchsia and purple for boo: 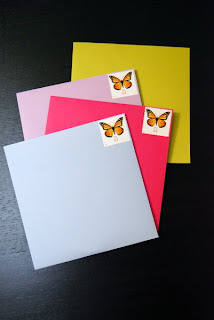 i managed to find a couple of monsters, inc. fonts to use.  sadly for me, the one i really wanted to use wasn't compatible with my mac, so i had to settle for using a secondary font for a lot of stuff.  but i did manage to create a themed address label for the front.  since mike wazowski is a lime green ball-shaped monster, circles and polka dots are going to be quite prominent throughout this party. 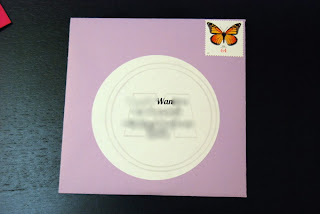 i managed to find a "logo creator" site that worked really well.  you type in the text you want to use, choose the logo style, and it generates an image that can be copied & pasted.  it just so happened that the font i so wanted to use was one of the styles available, and i used it to make our return address labels.  because i'm lazy, i used these oval-shaped labels to close the envelopes. 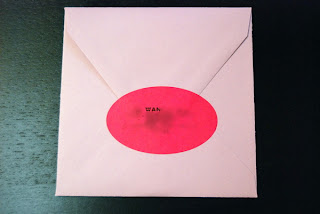 then you open the envelope... tug on the ribbon, and you get...this! 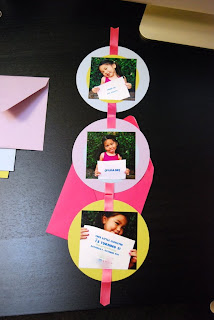 here's a close-up of the photos. 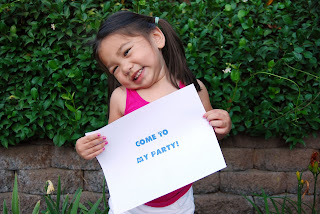 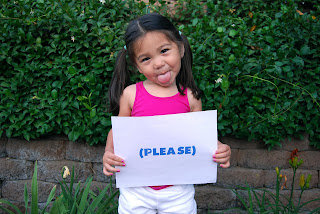 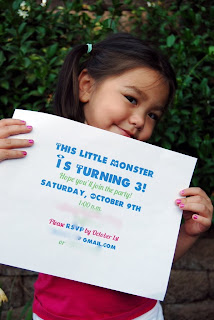 i assembled 40 of these things and stuffed, sealed and stamped them all. 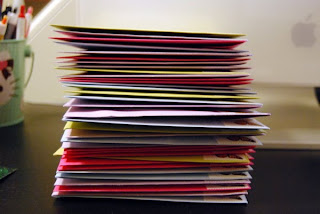 i actually have a couple more to send out, but i'm pretty much done with them by now.  oh, and check out my sexy new wireless keyboard and mouse, courtesy of the hub.  i don't know if these count as early birthday presents or not, but either way, they're pretty awesome. 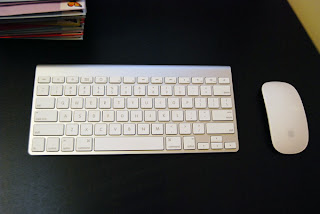 the bean and MIL went shopping at the disney store last week, and after i saw this, i was a little bummed that i switched the theme from toy story.  behold, bean lightyear: 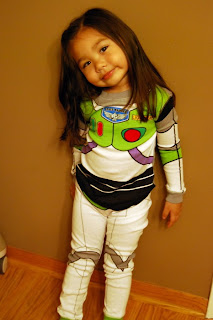