it's the most wonderful time of the year!  woohoo!

exactly 16 days from today, i'm officially kicking off the last year of my 30s.  damn.  i just got all kinds of depressed just thinking about that.

so to cheer myself up, i'm compiling a fun list of birthday wishes.  ain't no "world peace" on it, either.  and a warning:  the material girl in me is rearing her ugly head for this post.  oh, yeah. 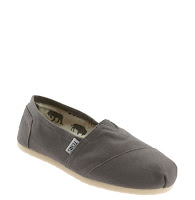 somehow, despite my previous disdain for their overall appearance, toms shoes have really grown on me.  the teen loves hers and has worn out at least one pair, and says they're the most comfortable shoes evah.  i like the gray ones, so i can wear them to work:
edit:  so yeah, i might've bought them already.  heh. 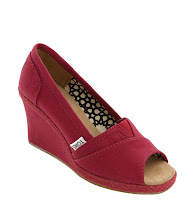 but i love the wedges even more. 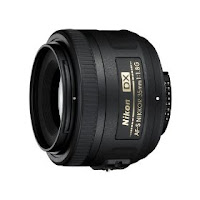 i would also love that fantastico lens for my camera that i learned about during phototasting 1.0 (i still need to blog about the second class, oy).  i still don't think i'll magically turn out photos as awesome as the monkey's, but it sure would help. 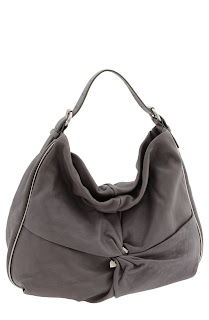 marc by marc jacobs' "perfect leola" hobo bag.  it's a little pricey, but hey, i did say this was a WISH list. 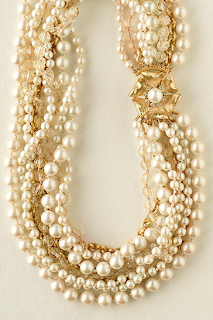 the fall/winter collection from my beloved stella & dot was released recently, and there are a handful of really cool pieces that i love.  in the new catalog, this necklace is styled with a casual button-down plaid shirt and jeans, and i love the look a lot.  the window of my local j. crew had similar outfits in their display last month too, and i dig it. 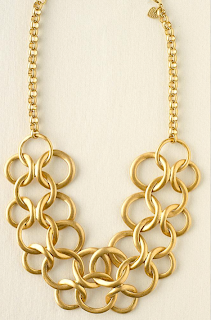 despite the fact that that awful vienna from the last "bachelor" was spotted wearing this necklace, i still like it.  i used to be very anti-gold jewelry, but since becoming a stella & dot stylist, i've changed my tune a bit.  this is super cute with a black tee and jeans.  there might just be a matching bracelet, too.  heh. 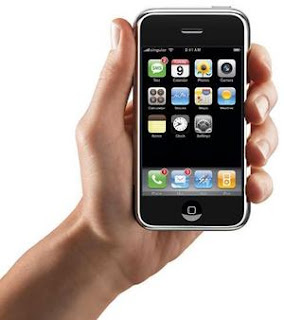 okay, i admit it.  i really kinda want this to be my hand.

well, not literally, since that's a boy hand.  i don't want boy hands, even though my nails are a mess and desperately in need of a manicure but i don't really have time nor do i want to spend money on getting my nails done considering i work with my hands all the time and they'd be ruined in no time flat.

wow.  sorry.  what i was really going for here was that i'm now coveting the iPhone 4.  amazingly, it's been two whole years since i got my iPhone 3G, and while i loved it, i don't love the new software that i "upgraded" to a couple of months ago.  it turned my fabulous phone into the biggest, laggiest, pain in the ass piece of shit that ever was, and i often want to throw the damn thing out the window.  and despite the numerous reports of consumer complaints about the new iPhone, i know quite a few people who have it and luuuuuurve it.  i trust them more than random people who want 5 seconds of fame on the news, so, yeah.  it's definitely on the list.

i really, really want to take a few more "proper" sewing lessons.  there are classes at few cool sewing studios that i would love to take - at sew l.a. (one of my friend amber's regular haunts), common thread studio, which i visited a few months ago and liked a lot, and the sewing studio (both of which are a bit closer to home).  and me learning to sew is a win for more than just me, so see, not completely selfish, right (don't answer that)?

i also wouldn't necessarily turn down some new threads - there are some really cute things at j. crew, or nordstrom, or banana republic, even urban outfitters.  i'm likely far too old to rock stuff from that last shop, but i kind of don't really care.  so there.

then there's an awesome pair of boots that i really like, from a postcard i got from nordstrom rack.  unfortunately for me, the postcard doesn't tell me what brand they are or even an idea of how much they'll set me back for.  look: 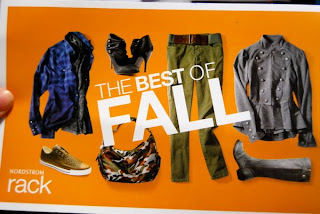 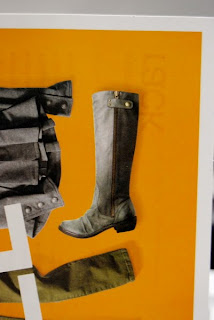 they're totally cute.  i kind of like those olive pants, too.

and to go with the boots, i'd dig one of those military-style jackets that are totally on trend for the fall.  i kind of want to be on trend, dang it.  of course, now that i'm looking for one to use as a visual aid, i can't find one.  and i'm not talking about the kind in the postcard up there, either.  ew.