birthday princess weekend was kicked off with a whole lotta love from my boss and co-workers at dots.  seriously, they are just so sweet, which makes working there just that much more fun!

i'd stopped off for my first starbucks of the week - even splurged and got a venti - and was sipping it happily when i pulled in for my shift.  and then when i walked in, everybody called out "happy birthday!" and my boss said "we got you a birthday caramel macchiato!"  oops.

but that's okay.  i like caffeine.  i powered through the one i brought and started right on the second - also a venti.  whee!  (this is not the exact coffee i had at that moment, but the one i had the next day.  hee.) 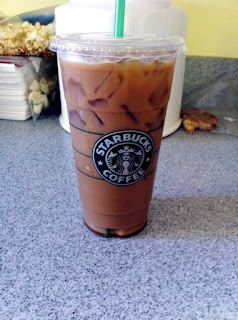 and then i got to pick where we'd have lunch that day.  i racked my brain for ideas and for some reason was totally stumped until i hit upon the perfect thing: 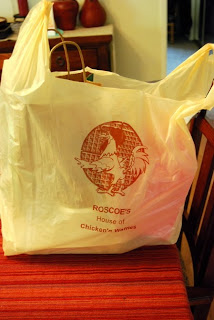 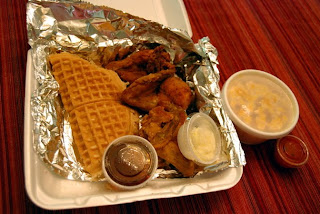 genius, right?  except that it got super busy at the shop, being a friday afternoon, and i ended up having to take it home to enjoy.  that's okay - i actually got to share it with the teen, who relished every bite just as much as i did.  heh.  did i mention that she's finally given up being a full-on vegetarian?  she's still avoiding red meat, but has incorporated chicken into her diet again.  and maybe a little bit of bacon, too.  yeah.

and yes, that's roscoe's delicious mac & cheese in the little container, kickin' it on the side.  so delicious. 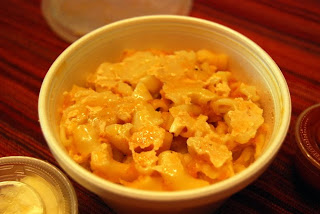 but before i left for the day, everyone called me over to the back, where this was waiting for me (as well as one of the other girls, who was also celebrating her birthday that very day): 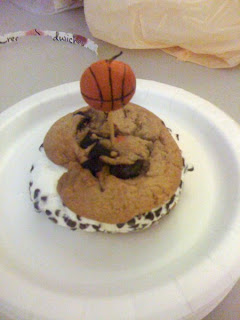 that's one of the sublime ice cream sandwiches from trader joe's.  mmmm.  i used to go through a box of those a week before i realized my ass was paying the price.  it was lovely to revisit that little morsel of ice cream-y goodness.

they sang "happy birthday" to us both, and then we were both handed one of these: 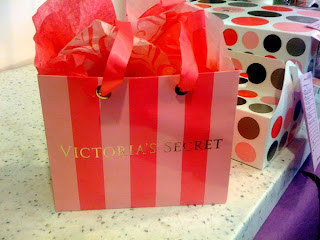 and inside was this cool box: 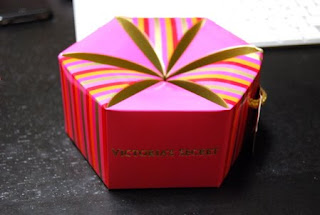 and i laughed when i opened it and found this: 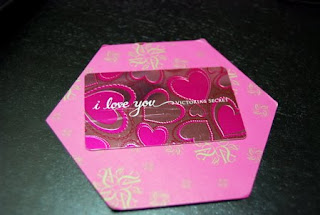 i also received this: 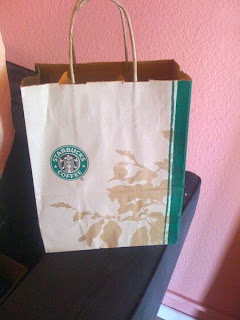 i also got a very nice little card from my boss, and then to top it all off, it was payday!  how much happiness can one girl get in one day?

but all that caffeine really got to me.  my poor body just isn't used to that much of it all at once, and as i was sitting at home chatting with the teen, the room was literally spinning for me.  it felt like i'd had too much to drink, and it took a while to get back to normal.  what a wuss, geez.

happy birthday indeed.  and it was only the beginning of birthday princess weekend.  love it.
at September 21, 2010