my poor teen - she caught a cold last week that turned into a sinus infection.  she's now on antibiotics for the next ten days.  she missed two days of school, and when i picked her up yesterday i had a little "hope you feel better and didn't have a shitty day at school" present for her: 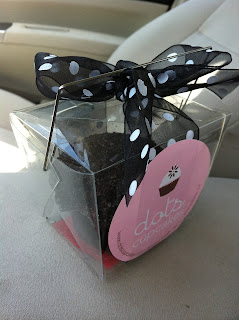 and it was awesome when she got in the car, grumpy from her last class, and totally brightened up when she found her little surprise.

i still had something else for her - a trip to the salon to get our brows done.  we'd both been bitching and moaning about how badly we needed it, and i thought it would be nice to pull up without a word.  we were munching on a snack when i parked, and as we sat there chatting, i saw a flash of movement just outside her window.

"OMG, dude, that chick totally ate it just now," i sniggled as she whipped her head around to look.  but her interest didn't go unnoticed as the girl noticed and screamed out "what the FUCK are you looking at?!?"  yikes.  and i was most amused because she was so obviously twisted - at 3:30 in the afternoon - and as she fell, held her cup in such a way that not a single drop of whatever poison was in it came splashing out.

as she stumbled away in her drunken stupor, the humor of the situation hit me and i burst out laughing and snorting uncontrollably.  damn.

but the joke was on me, because the first thing we laid eyes on as we set foot inside the salon was her dumb ass, sitting on a chair, mumbling incoherently as a couple of salon employees helped clean her cuts and cover them with band-aids.  i just hoped she didn't recognize the teen and say something to her that would make me have to pull my inner bitch out and get my ass beat.  heh.

luck was on our side, as she hardly took notice of us and continued to ramble on and on about how she'd fallen in the parking lot but her nails were a mess and she really needed a pedicure.  and when she heard us ask for our services, she decided to add an eyebrow wax to her list of needs.

except that they didn't really want to work on her drunk ass with bloody feet and told her that she should go home, take a nap, and come back the next day.  when she finally figured out what they were telling her, she got crazy belligerent and started spouting off all sorts of obscenities.  "don't any of you speak english?"  "i pay you people good money, you do what i tell you!"  and other loveliness.  i personally would have thrown her ass out, but they decided to shut her up by sitting her down in one of the spa chairs and doing their thing.

you KNOW i had to. 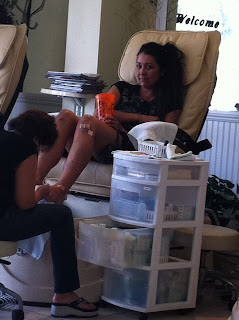 damn, she totally busted me.  i was trying to be so stealth, too.  i don't know that she realized what i was doing though, because she didn't say a word to me.  instead, she continued to ramble on and on about how she couldn't understand anything they were saying, demanded translations, whined about the water temperature, and so on and so on.

when we were finally done, it was time to scoop up the bean and take her for some beautifying too.  her hair had gotten really long from the last time she'd had it cut, and it was time to chop it again. 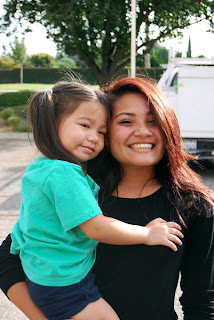 we'd been talking about going for her haircut for a few days, so she wasn't freaked out by it this time.  she still wanted to sit on my lap, though.  no biggie. 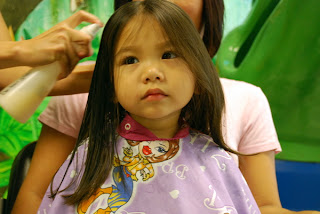 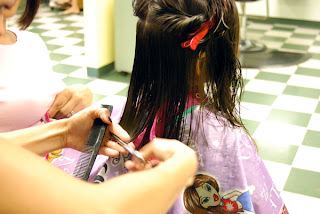 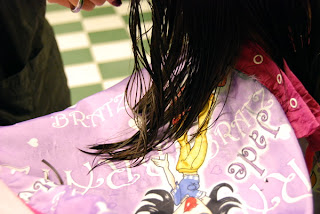 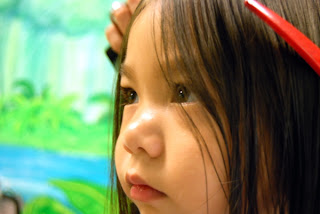 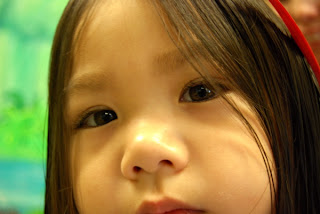 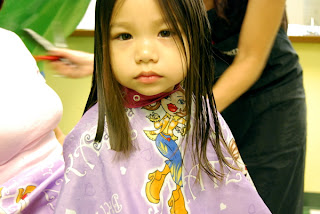 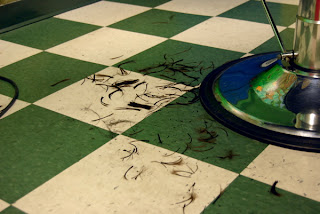 she even got her first "blowout." 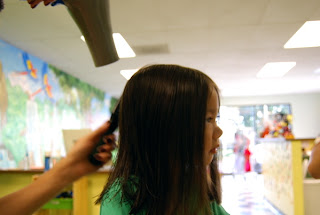 and then she was all done. 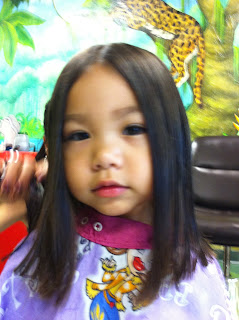 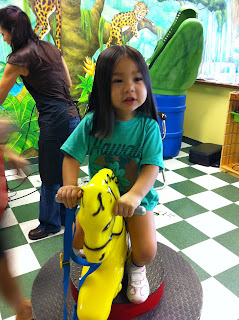 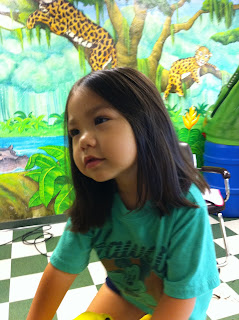 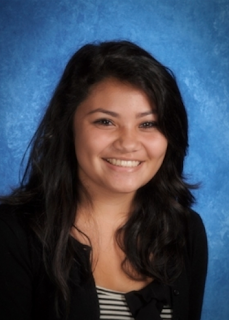 Email ThisBlogThis!Share to TwitterShare to FacebookShare to Pinterest
Labels: dots cupcakes, my gorgeous teen, the bean gets a new 'do