it's only been WEEKS, but hey, better late than never, right?

and a little backstory for this version of phototasting:  i don't know if i've ever mentioned it, but back in the day, i was a HUGE duran duran fan (a "durannie," if you will).  like, it was ridiculous.  every cent i could get my 13-year-old hands on was spent on magazines, posters, imported LPs and books - you name it, if it had simon le bon & co. on it, i was buying it.  sadly, although it was my biggest dream at the time, i never did get to see 'em live.

i found out that my buddy dailygluttony was a total durannie too.  we chattered back and forth about it via twitter, and then sinosoul informed us that one of the duran ex-wives was a personal chef in the l.a. area.  and she was on twitter!  DG and i clicked "follow" and started tagging her in our gushy duran duran tweets, and it caught her attention.  she tweeted us back and even responded to our fangirly hints about giving us cooking lessons via e-mail.  we were so over the moon, it was kind of ridiculous.  come on, it was the closest i'd ever (and probably will ever) get to the band!

so when she enrolled in phototasting 2.0, i dropped about eleventy billion hints to DG and sinosoul about coming to hang out or help in whatever way i could, because i couldn't really justify the price of the ticket.  and it turned out that the monkey was traveling that weekend and couldn't participate, so they graciously allowed me to tag along.

of course, i hit ridiculous traffic on the way and ended up arriving about a half hour later than i'd planned to.  ugh. 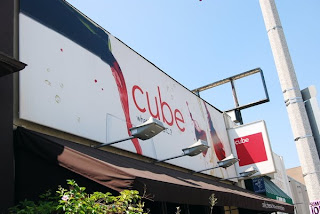 the class was already well under way.  sinosoul gave me a quick wave as he continued with his spiel about the technical side of photography (previously the monkey's section). 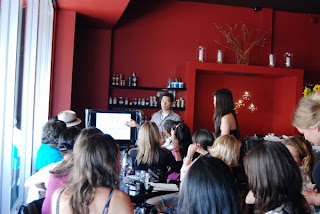 some help i was.  ugh. i found DG, hugged a quick greeting, and introduced myself to kitchykitchen, who was there to discuss post-processing and food styling.  i was pretty stoked to meet her and hear her part of the class, since it wasn't part of the first session.  she's tall, gorgeous, and nice - i wanted to hate her.  ha!  here she is with DG. 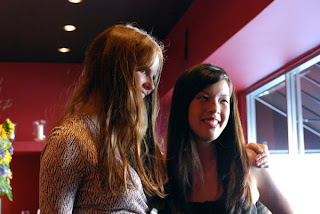 DG pointed out sinosoul's ghetto fabulous plastic-covered flat screen, and she and i giggled our asses off. 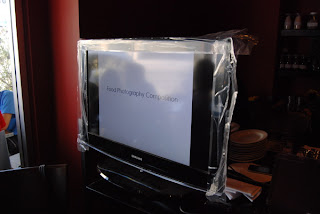 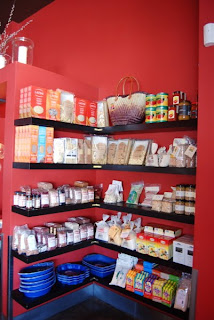 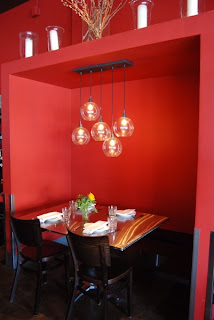 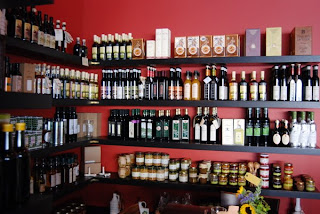 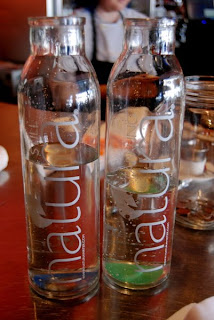 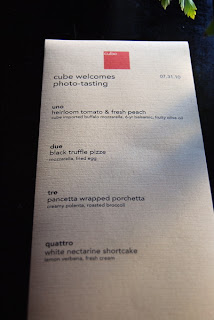 because i wasn't a paying student, i tried to stay out of the way as much as i could and attempted to fade into the background.  the rest of the class was really into it and seemed to be having a great time. 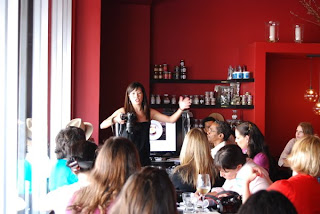 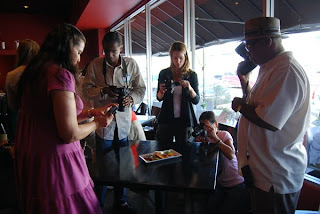 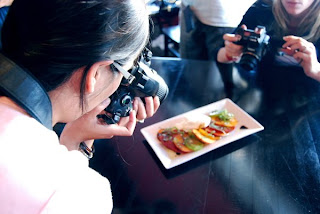 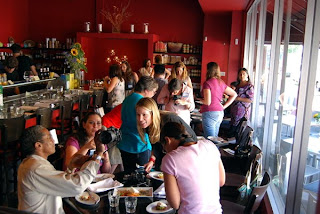 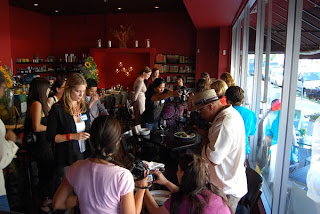 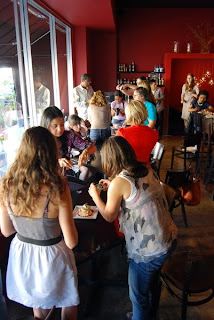 i was starving (as usual), and didn't want to take advantage of the food that was part of their tickets.  so i perused the lunch menu and went with the imported buffalo mozzarella with thinly sliced prosciutto and arugula. 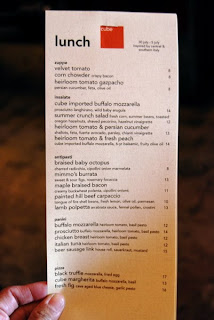 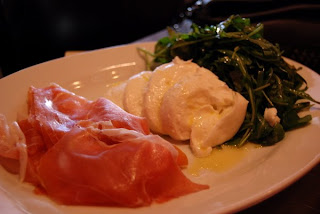 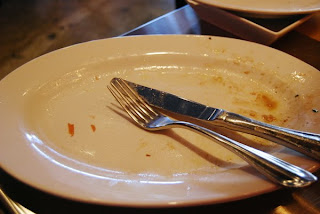 i gotta tell ya - i've been craving the stuff ever since i shoved the last forkful into my mouth.  it was so damn good, i dream about it.  i need to go back, but damn, that's a hell of a long way to go for some ham and cheese.

i'm, uh, gonna use my "i had to stay out of the way" excuse to explain why these photos aren't exactly phototasting-worthy.  heh. 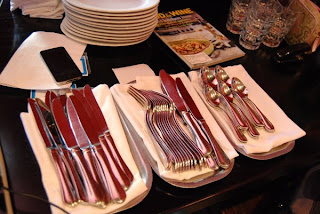 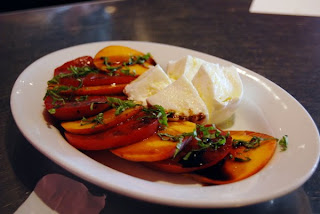 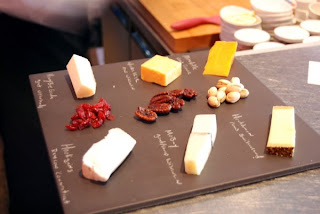 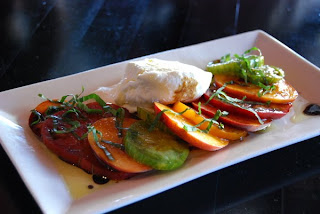 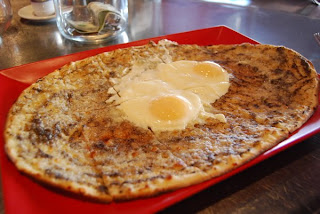 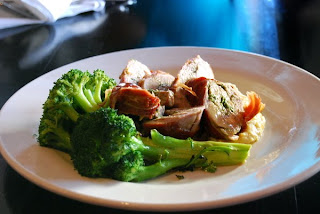 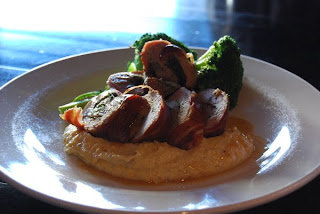 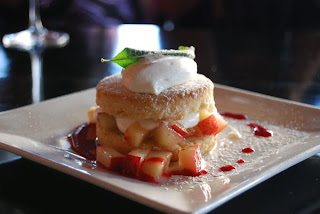 the executive and pastry chefs came out to say a few words to everyone.  they were super nice. 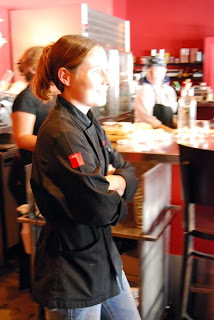 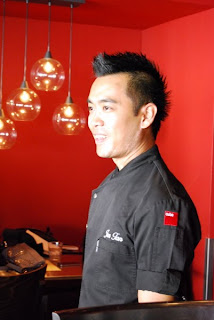 and my favorite picture of the whole event (and not even just because I'M in it) - it's me with DG and our one degree of separation from duran duran - julie anne rhodes! 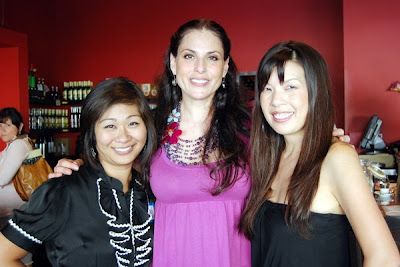