here it goes down.  down into my belly.

i had a not-so-crazy craving for a bacon-wrapped pork chop over the weekend.  i looked at recipes i'd bookmarked, but none of them really grabbed my attention.  and so i did something completely out of character - i winged it.

because the idea of wrapping pork in bacon wasn't enough, i thought i'd stuff it with some cheese.  not a lot, just a bit of parmesan and mozzarella.  weird combo, i know, but it's all i had in the house. 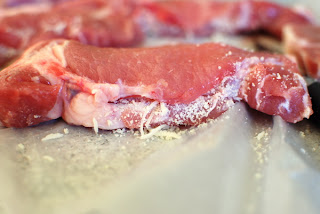 and then because i somehow thought it needed more flavor, i mixed up a quick herbed butter with some dried rosemary and a bit of onion and garlic powder. 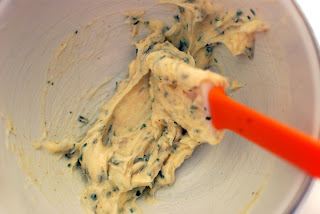 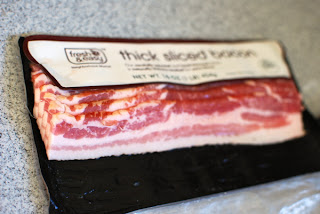 i slathered the chops in that butter, cooked the bacon a little, wrapped 'em up, and got the oven nice and hot. 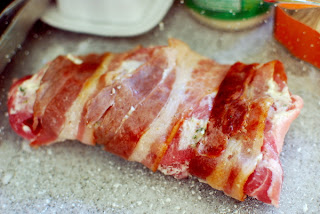 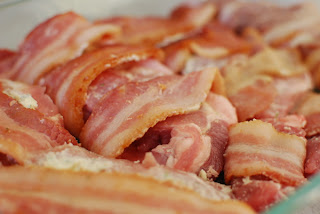 now, i had every intention of serving something healthy and green with it - i was going to do a spinach salad with some sauteed mushrooms and hard-boiled egg.  um, and maybe some bacon bits too.  but as i finished up cooking the bacon and got some eggs out to boil, i noticed that my bags of spinach were, uh, slightly aged.

and so i ended up serving my deliciously meaty chops with a spinach salad, hold the greens: 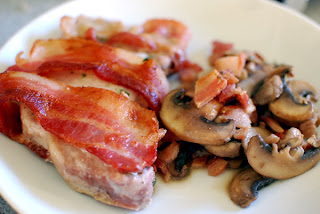 and as for my experiment, it went over really well.  the hub and brother wan both liked it, and even the bean took a few bites.  most excellent.
at June 15, 2011