my poor teen.  she came up to me this weekend and said "you haven't made ME anything in a while."

and she was totally right.  dang.  i felt really bad, and so when she said she would like another top like the one i made her a full year ago (using fabric she picked out around the same time), i dropped what i was doing and jumped right into it.

luckily, it was really simple to make and i was able to bust it out in no time.  look at how cute the material is: 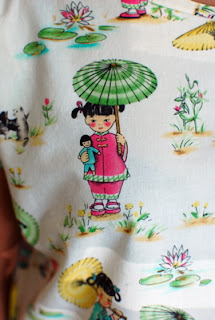 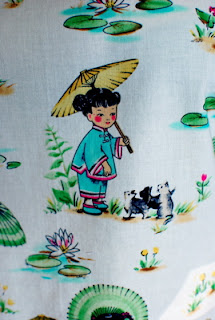 since my current obsession is making matching non-bias tape for stuff, i added some to this top too.  i think it's a nice detail and makes the top look a little less...homemade. 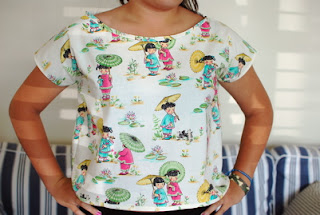 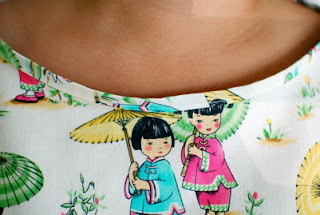 and while i was at it, i threw together a little pincushion for myself.  it took all of five minutes and i really needed to replace the shitty one i'd been using.  it's not fat enough and i always get stuck with the pins from the bottom. 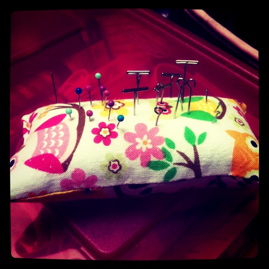 later, while we were watching tv together, we were both hit with a gigantic craving for a payday candy bar.  damn commercials.  except that i was too lazy to go out to get one, so instead i found a recipe for payday-esque cookie bars.  it's probably bad that i already had the random ingredients to make it right in my pantry, huh?  whatever.  they were really good. 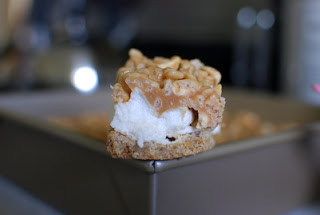 plus, she had minimum days this week from tuesday on, since it's the last week of school.  i got to spend some really nice afternoons with her, watching movies together and just hanging out.  and then we took her friends rock-ell and softballa to a sneak preview of the newest nicholas sparks movie, "the lucky one"...starring zac efron.  we all love hottie zac, but no one more than rock-ell.  remember? 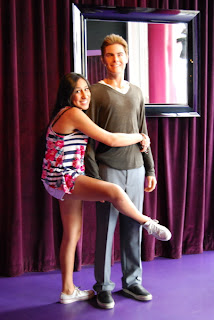 it was one of those free screenings where they ask you to watch a movie that's still in the final stages of production and fill out a questionnaire when it's over.  and because they weren't messing around with the "no camera phones" rule - they checked bags thoroughly and ran a scanner over you - i have zero photos of the evening to share.

we had a really good time, though.  it was a totally predictable movie, using the classic nicholas sparks formula.  you know: boy searches for and finds girl against all odds, she falls for him over time, discovers that he's been hiding something since day one, somebody dies, they live happily ever after.  i'm fairly certain i haven't spoiled a damn thing for you if you plan to see this flick - every one of this dude's movies follows that pattern. 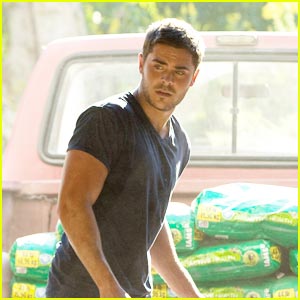