so even as i bellyache about that stupid scale and what a liar it is, i've been busting out some amazingly delicious junk from my kitchen.  heh.

if you're on pinterest, you've most likely run into this at least once - cinnamon roll pancakes with warm cream cheese glaze.  except that i was super lazy and didn't make the pancake part from scratch.  i don't think it mattered, because hot damn, these were delish. 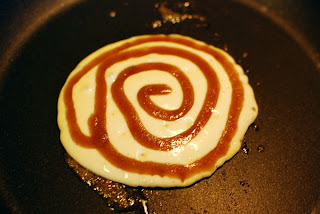 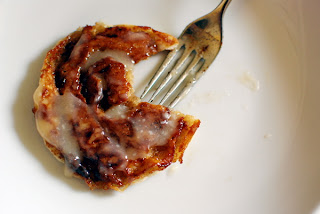 going back to my friend jessica of the how sweet it is blog, i got a bug up my butt to try her triple layer cookies & cream crunch bars.  i timed this well, though - i made them on a day that we invited my cousin seven to have dinner with us.  these are homemade brownies with whole oreos sunk into the batter: 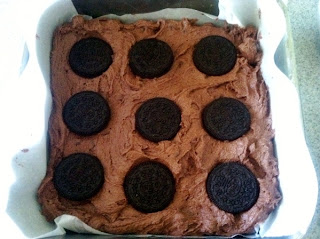 and then topped with more crushed oreos and chocolate chips: 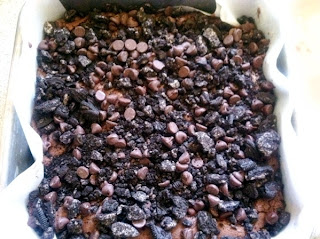 because my sweet tooth was raging (and i've been looking for a good excuse to use them), i tossed these on top too: 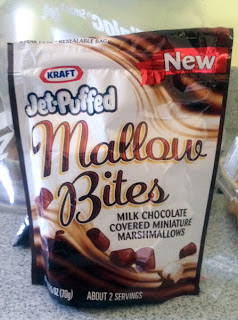 the last layer is supposed to be melted chocolate and peanut butter mixed together and smushed on top to glue the crumbs and chips to the baked brownie.  but i was feeling saucy and used nutella instead.  after a couple of hours in the fridge, this is what we had: 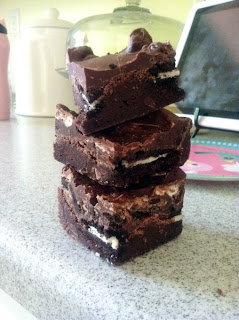 i gave half the pan to seven to take home to brother seven before i even tried them.  and it's a damn good thing i did.  these are SO. EFFING. GOOD.  i would've eaten the whole pan, completely cancelling out the workouts i've done (and will do for the next gazillion years).

by the way, dinner was fantastic too.  i did a roast beef with mushroom gravy, some rice pilaf, and a spinach salad with more mushrooms and bacon bits.  total win.

oh, and the last thing wasn't for me - my friend kirkette hit me up to do some cake balls for her hubby on father's day.  she asked me to do a dozen in chocolate and another dozen in any other flavor, but to use some star wars-inspired colors for the coating.  after a little thought, i settled on white with blue drizzle - i love me some r2d2.  heh. 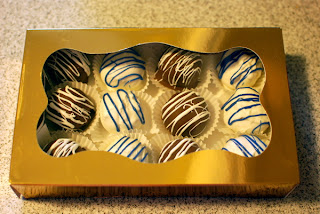 i was happy to hear later that they went over well.  i always like to know that other people actually find the stuff i make as yummy as i think they are.  ha!

oh - and one more father's day order i did for a friend: 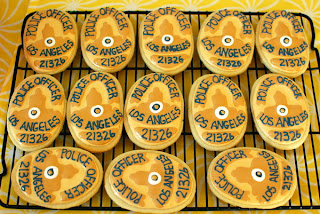 i was so worried about these, but they turned out okay and they loved them.