it's so hard to believe that the end of this school year is coming hard and fast.  by the time spring break ends, there'll only be about six-ish weeks of school left and then it's bye bye, first grade.  this is just all happening too fast for me.

last night was open house at school.  the bean has been barring me from entering the classroom for the last couple of weeks as they've been gearing up for the event, so i was excited to check it out.  and it was great timing too, with MIL in town this week after a recent trip to china.  the bean was bursting with pride as she showed her beloved grandma and her daddy around.  i guess that since i'm in her classroom fairly often, she figured i could handle a self-guided tour.  heh.

there was a lot of really great stuff on display, showing off what they've been learning about lately.  a fun guessing game created by the kids was on the door, and even if i hadn't immediately recognized her handwriting, the first clue was a dead giveaway that it was my kid. 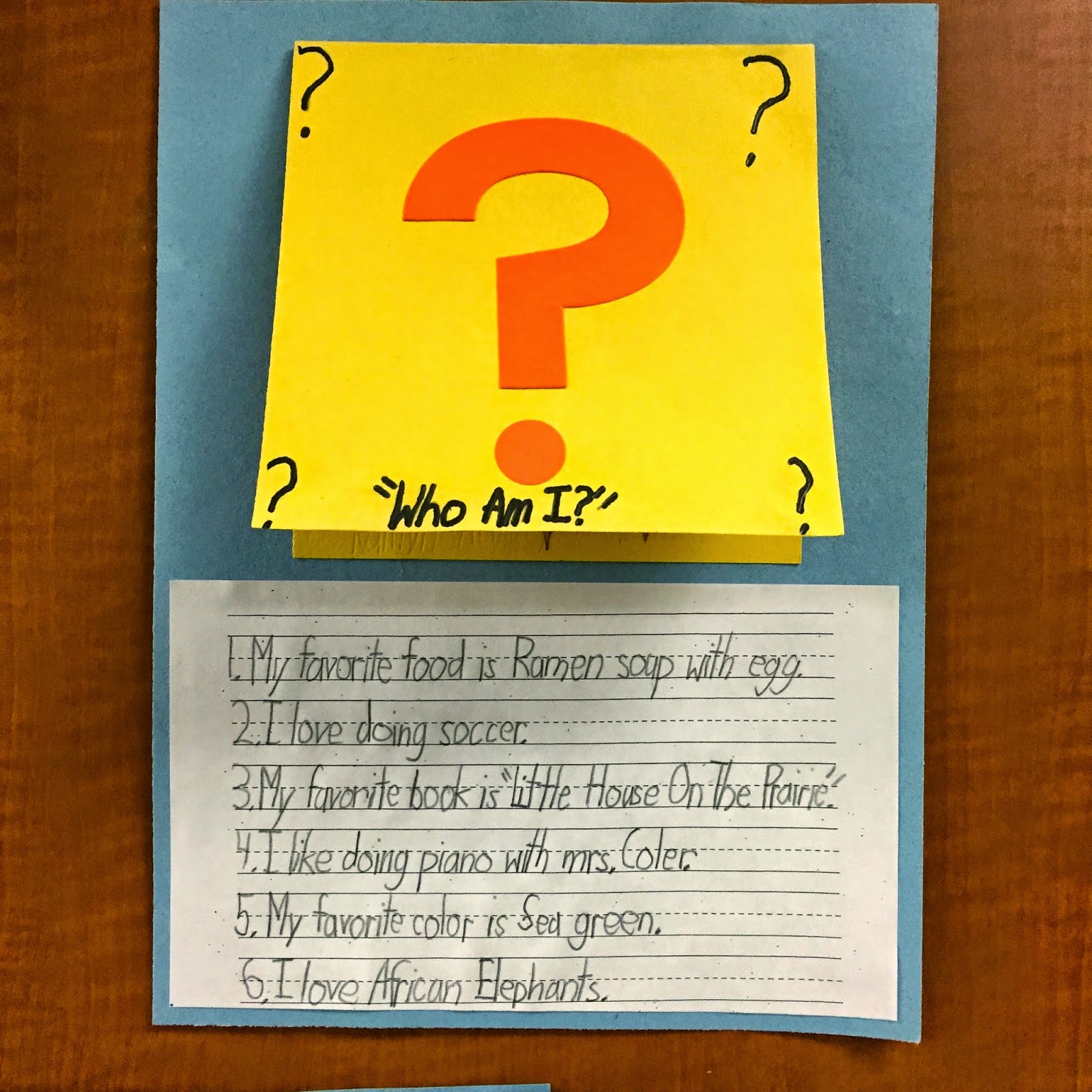 this picture just cracks me up. 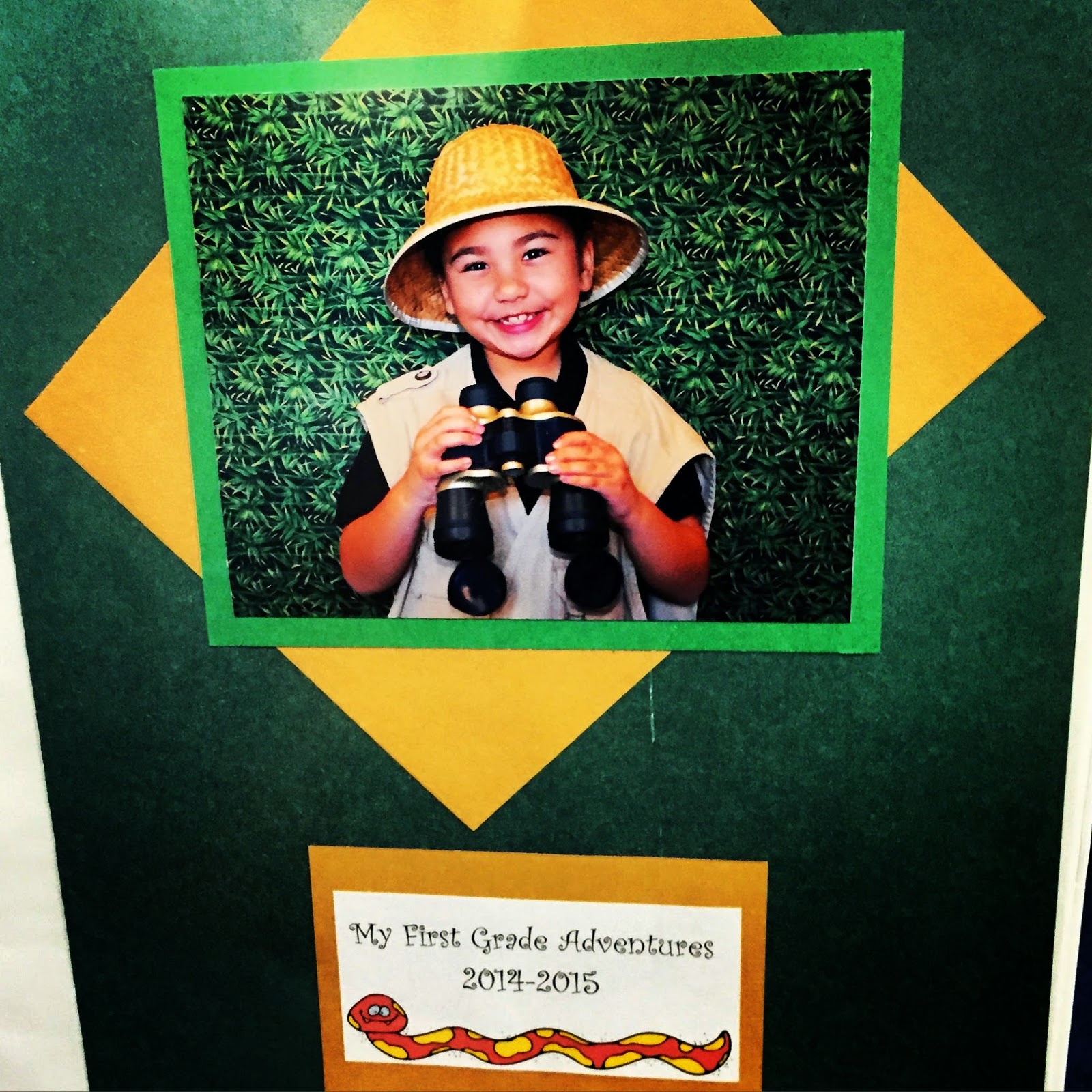 and it was used again for this handout: 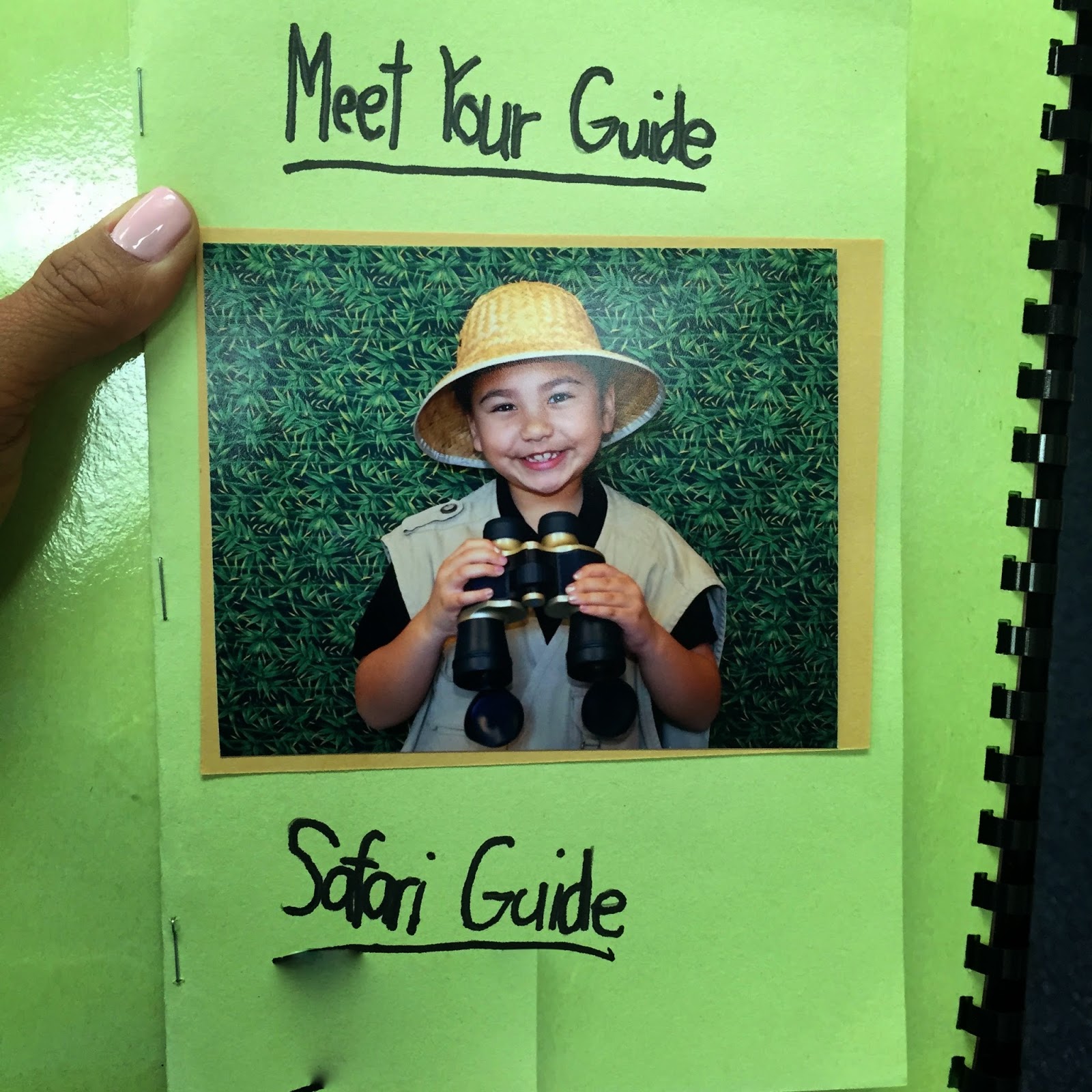 they've been learning about the amazon rainforest and animals over the last few weeks. 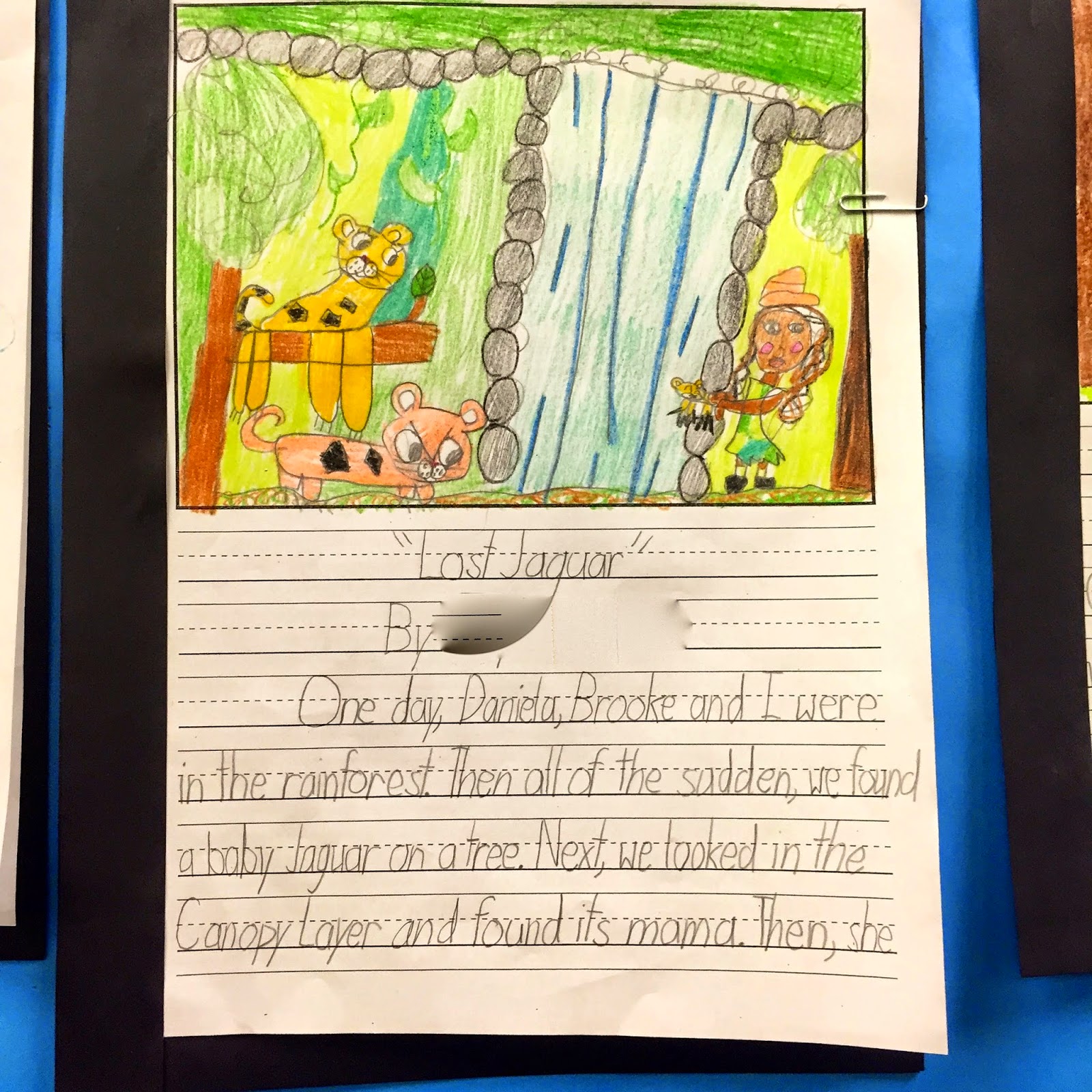 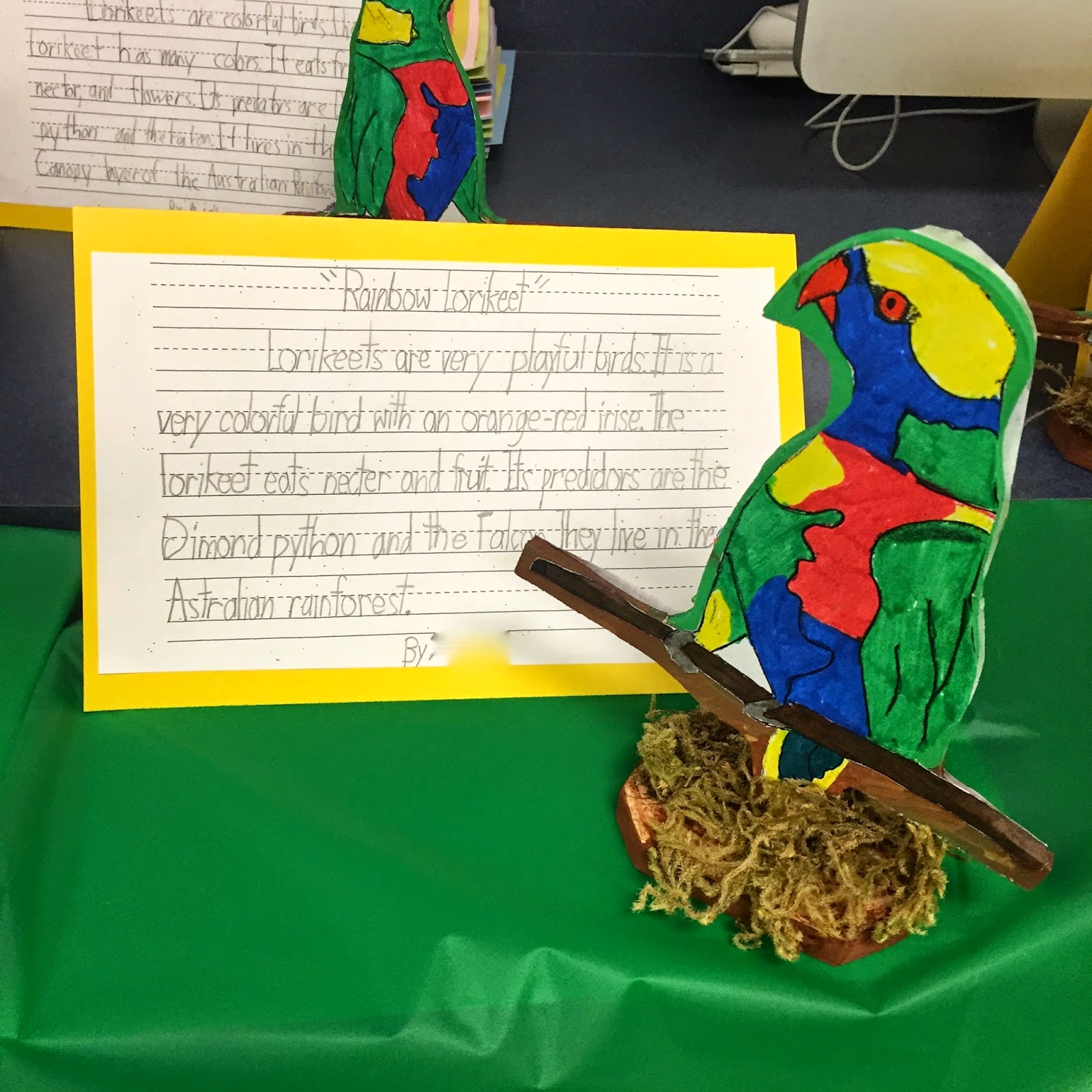 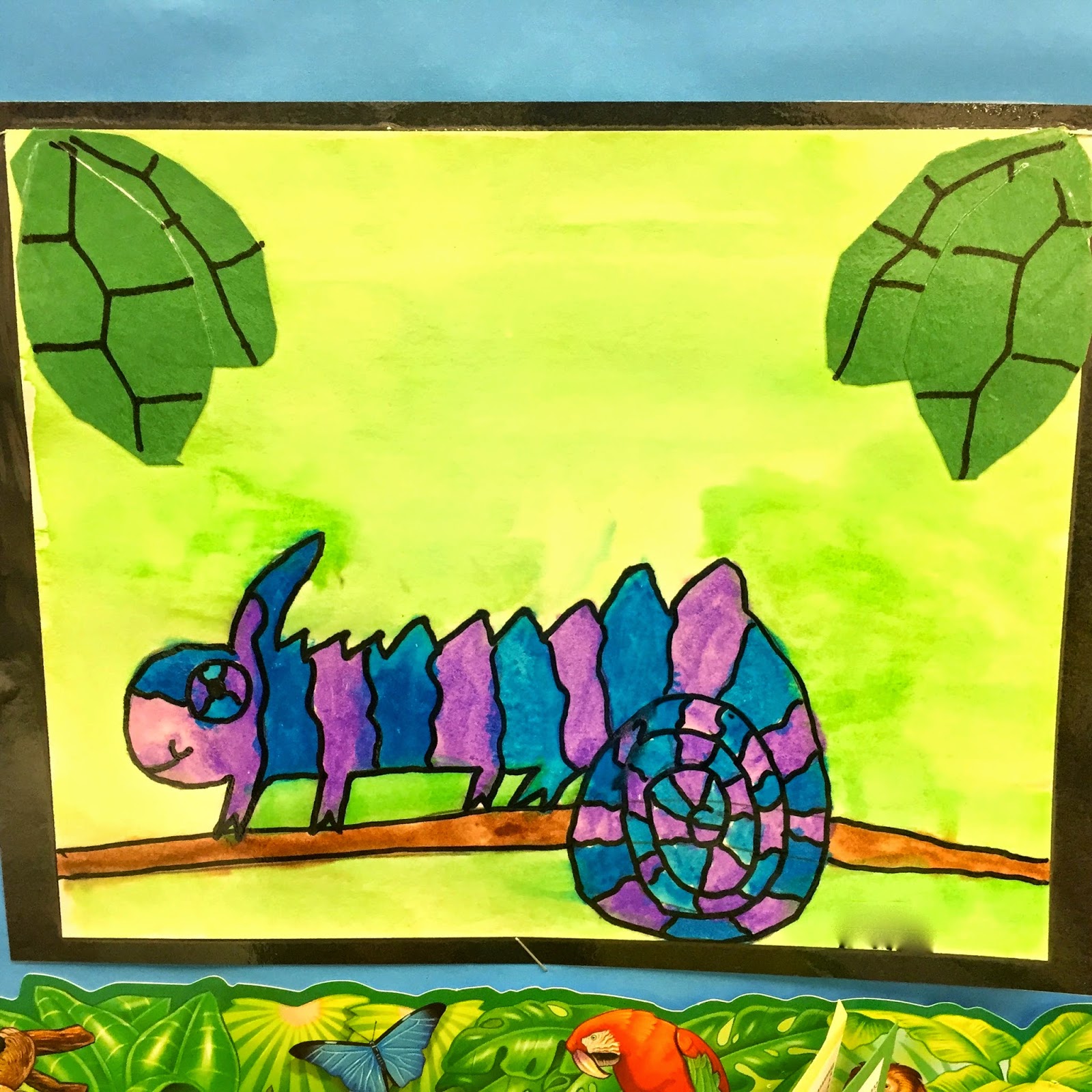 some basic information about 'murrica: 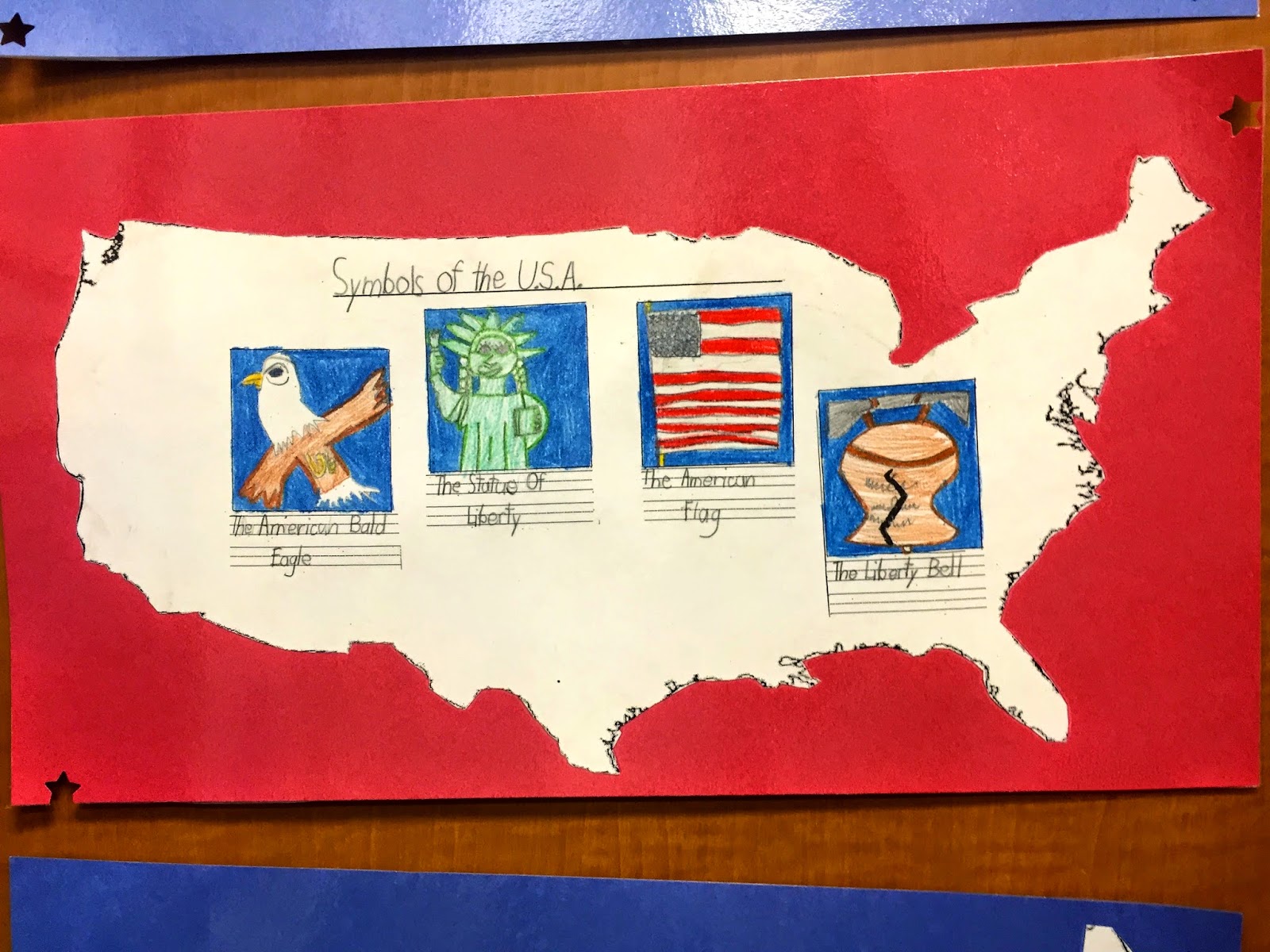 a fun art project during which they learned what a perimeter is. 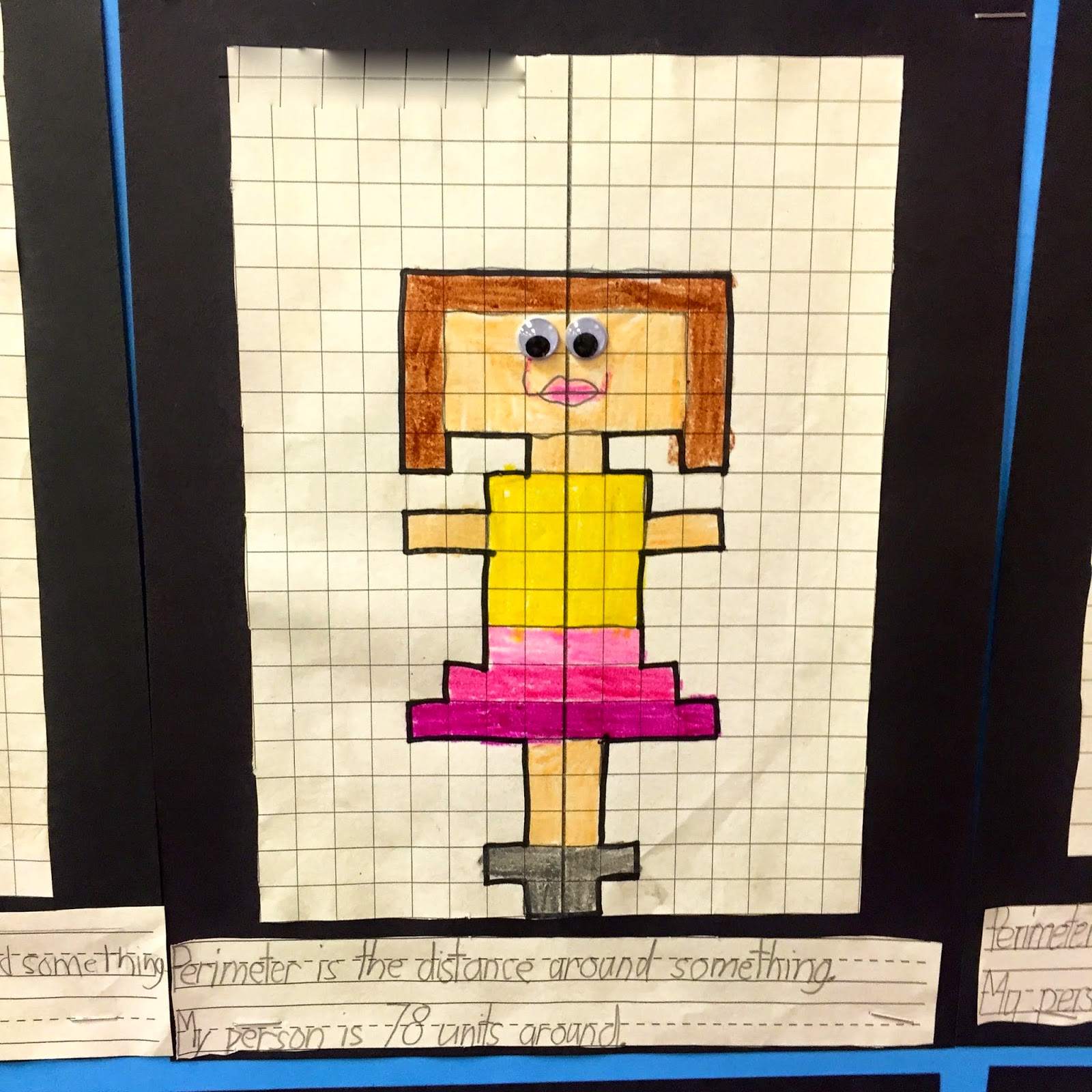 i always love reading her writing and looking at the art she creates. 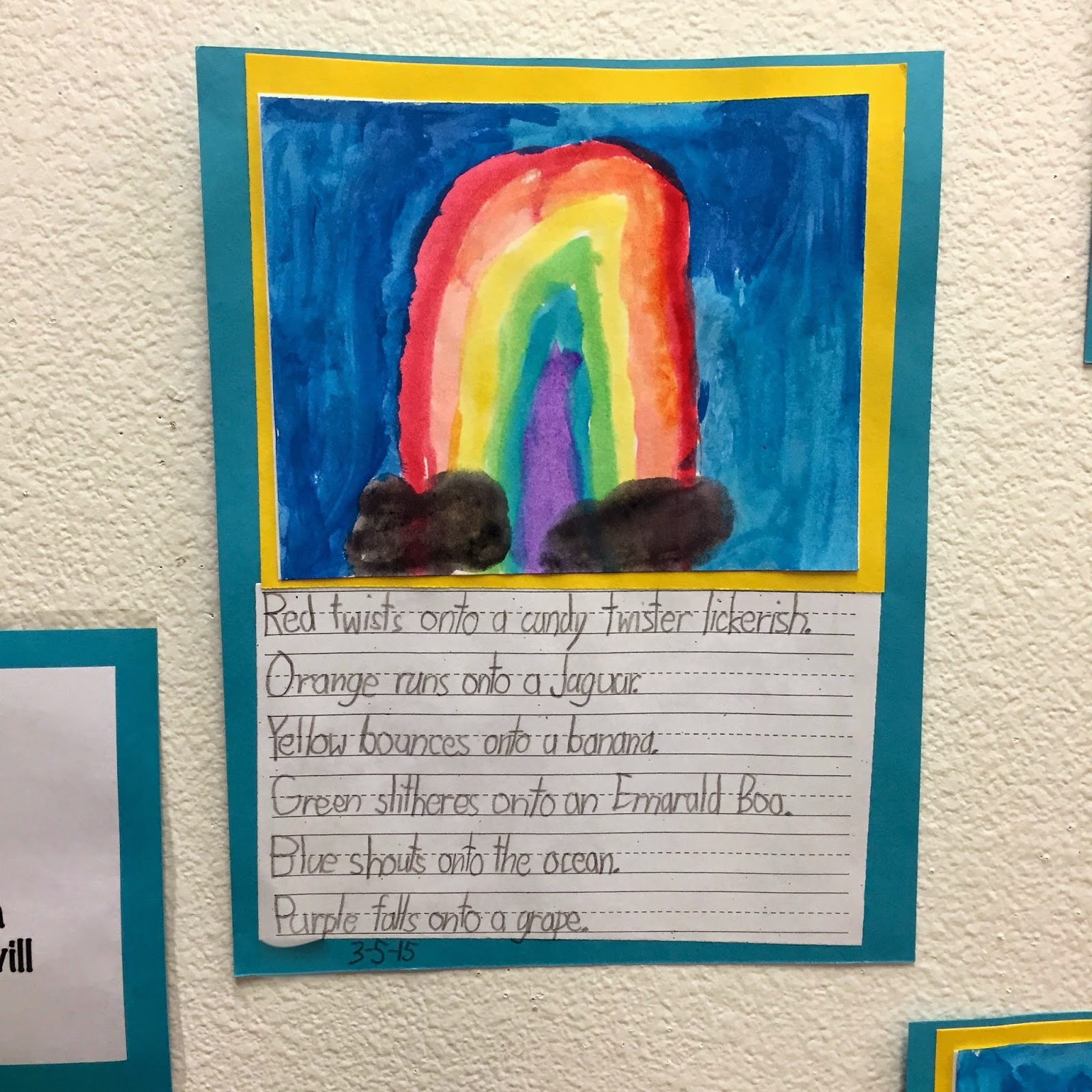 of course, a quick photo with her teacher: 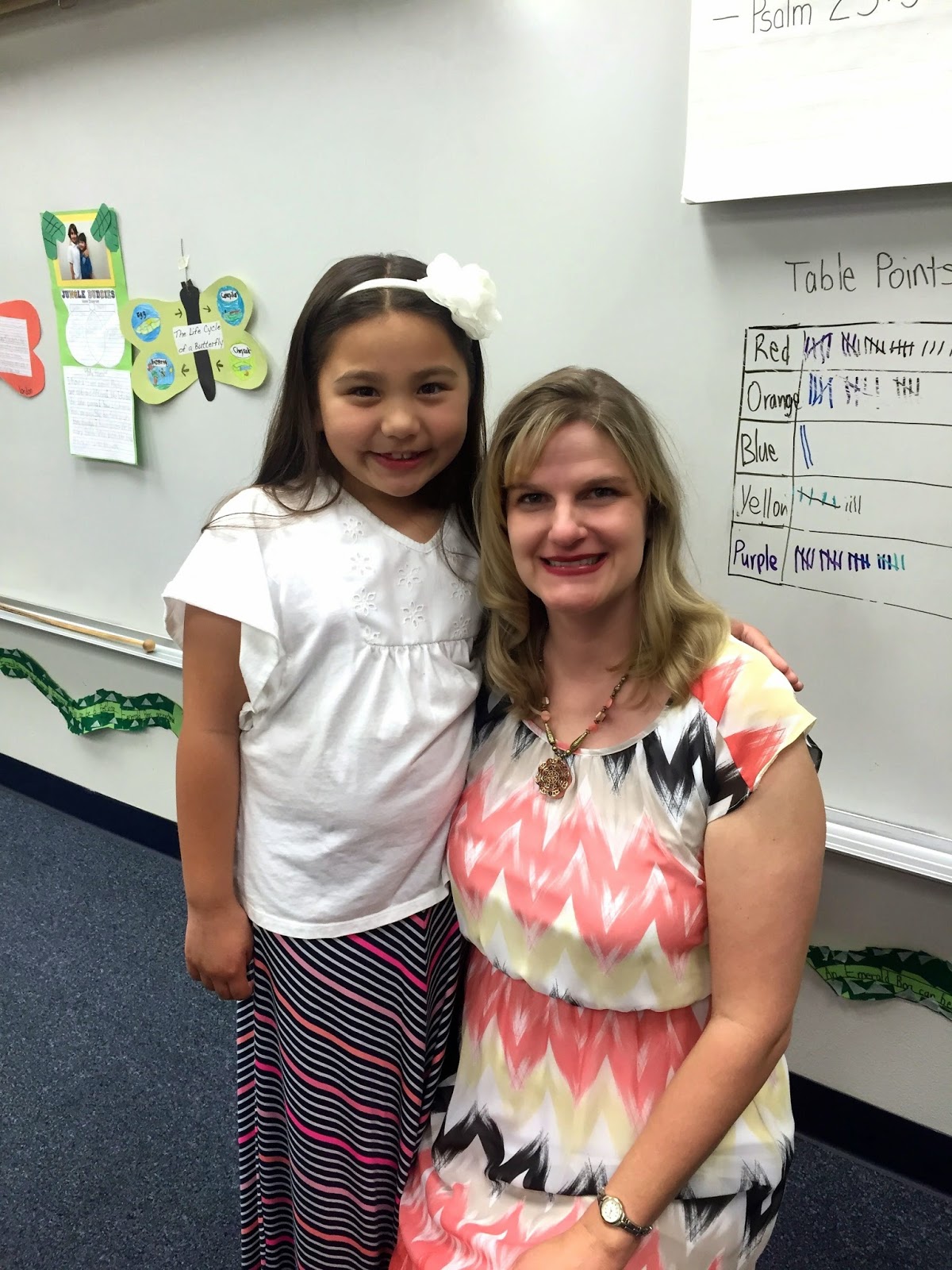 then we cruised through the two second grade classrooms to get a sneak peek at what we could expect for next year.  and it turns out that the teacher in the room we liked best is expecting a baby, which means that a sub will be teaching her class for the first half of the year.  i know that she'll be in good hands in either of the classrooms though, so ultimately i'm not all that worried.