if it ain't broke, don't fix it

i've been so focused on barre and this challenge that it's all i've been working on lately.  this means that running has fallen by the wayside, with just barely a couple of runs a month happening anymore. eek.  it was only a couple of years ago that i was running all the time, with a race of some sort almost every weekend, training at least two or three times a week.  and with the hollywood half marathon coming up in just over a month, i need to get my ass in gear again.  i can hardly believe it's almost been a year since this: 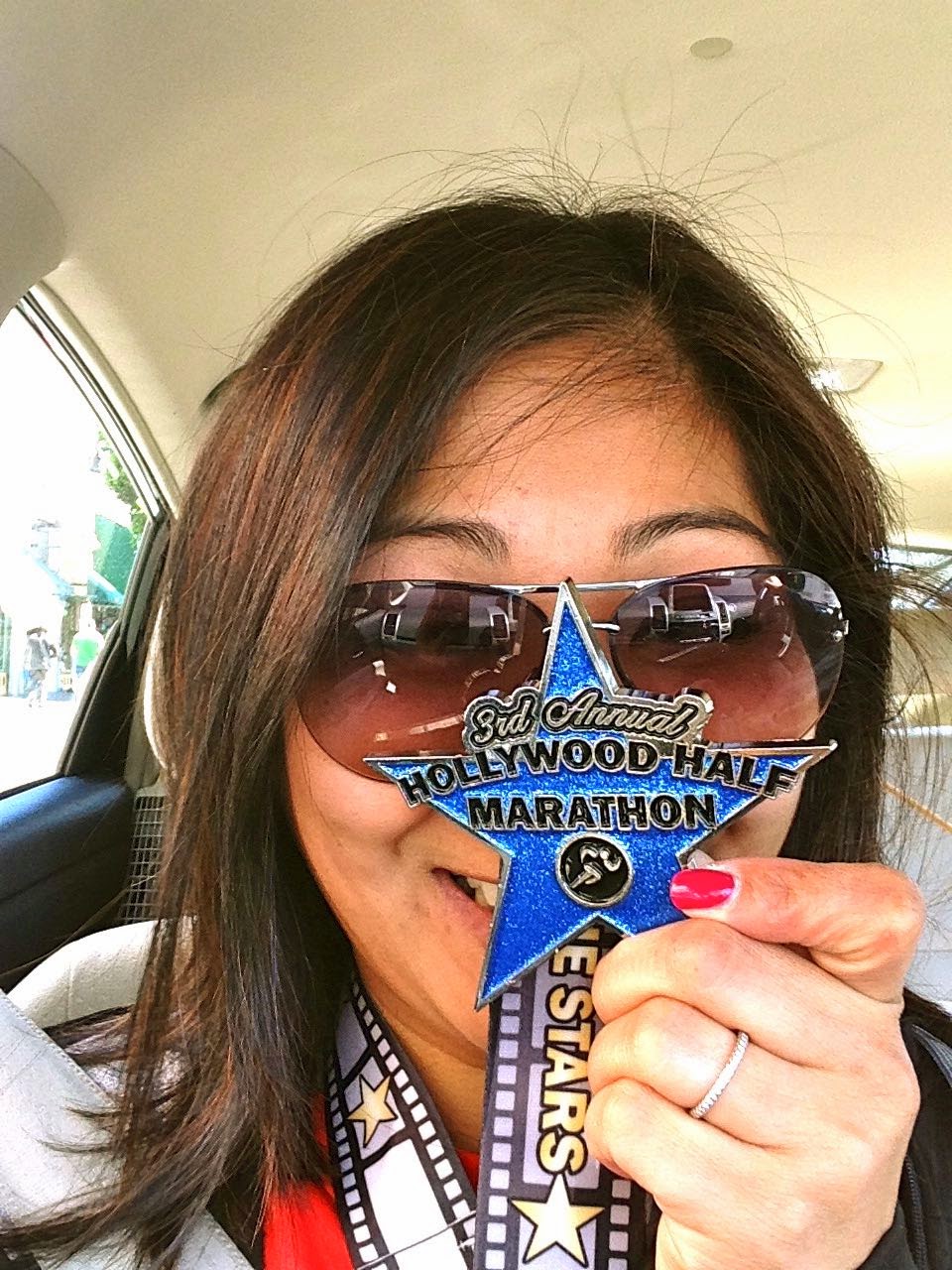 somehow, i've managed to keep up on my team superhero duties - i still promote their races by wearing my TS shirt, posting pictures, sharing my promo code via social media for registration.  and i guess i did a pretty decent job of this in the month of january, because i received this: 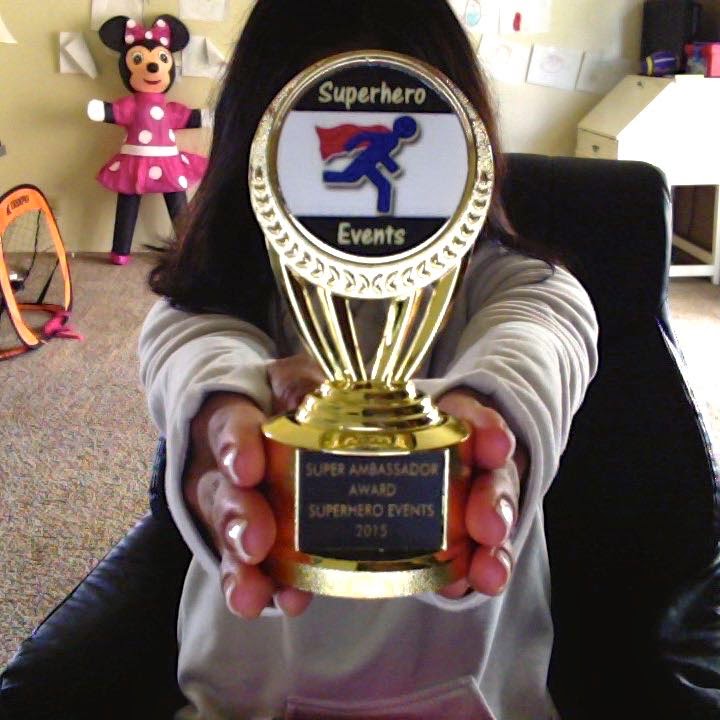 i'm glad i'm still worthy of representing superhero events, despite my lack of running mojo lately.  although i suppose i haven't been that bad race-wise - i squeezed in two races in january and a 5K in february, with at least one 5K scheduled for march.  and yesterday, i finally started training for april's half marathon with a great 3-mile run in the morning.  like, i actually felt great during and after the run, which isn't something i've been able to say for awhile.  i got a taste of that runner's high again, which was nice.

it also helps to have some fun gear, though.  with the switch to the iPhone 6, running with my phone had gotten a little cumbersome as it didn't fit into any of my armbands.  i came across something called the buddy pouch, which is a stupid name for what has turned out to be a really awesome product.  instead of wearing it on my arm, it attaches to my waistband using magnets, and it stays put without bouncing or coming loose in any way.  i really like it, and it fits all sorts of fun stuff besides my phone. 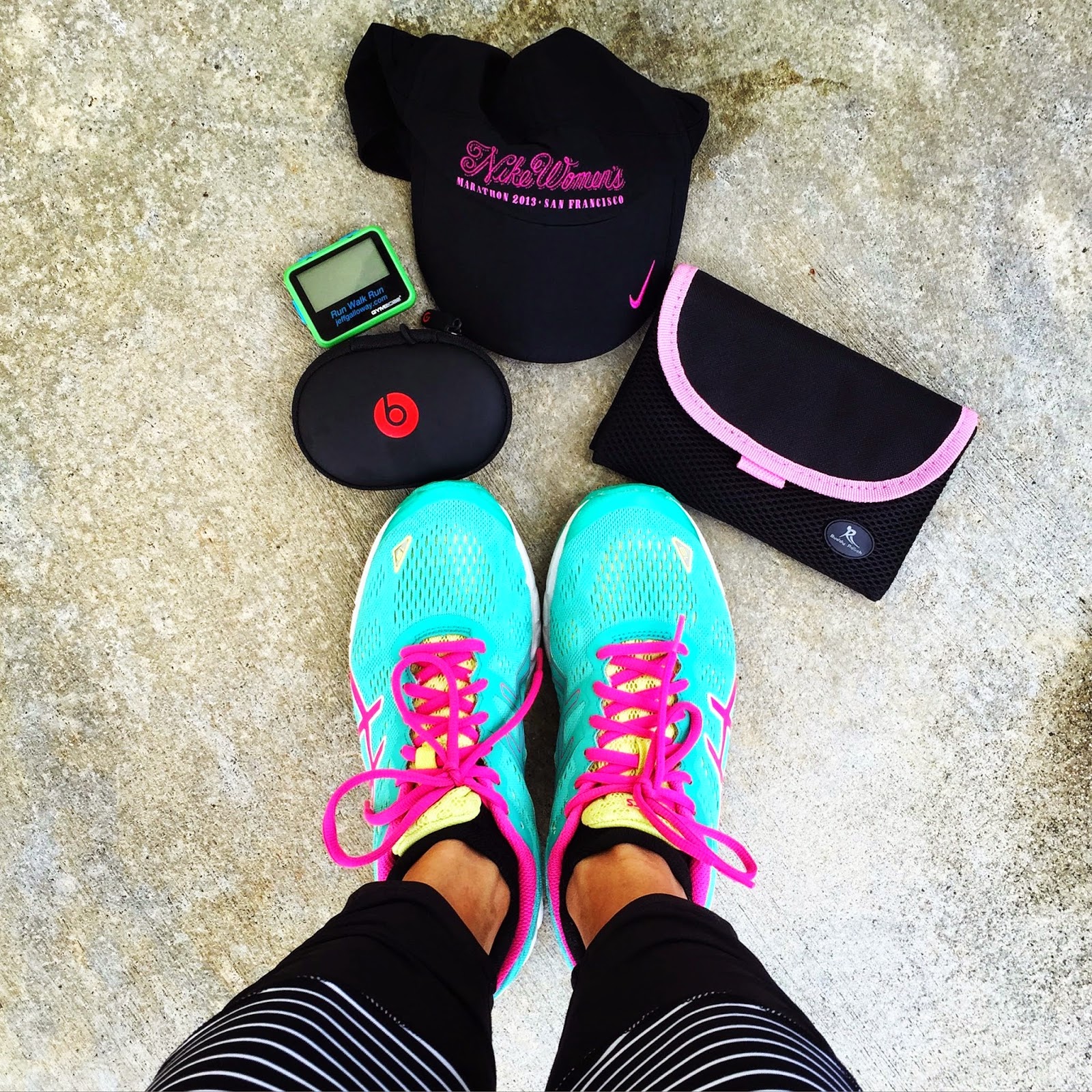 the nike hat is from the women's half i did in 2013.  the little green thing is an interval timer that my friend delovely details picked up for me awhile back.   my fabulous beats by dre headphones come in a cute little case.  the shoes by asics are obnoxiously bright, and those are my most favorite running tights from lululemon.

armed with gear like that, i'm totally ready to jump back into running.  my plan is to do 5 miles tomorrow, and then from now until the half i'll do at least one 3-miler and one longer run that adds one mile every week till i get to 10.  that's how i've trained for a half since my second one back in 2012 (which also happens to have been hollywood), and it seems to work - so i'm sticking to it.
at March 03, 2015

Email ThisBlogThis!Share to TwitterShare to FacebookShare to Pinterest
Labels: new toys, running my ass off