that would be me.  food posts all the time, it seems.  although i suppose it's kind of a throwback to a few years ago, during operation downsize.  and as i typed that, i cracked up because that's totally applicable now too...only in a whole different way.  seriously, i'm just so funny sometimes.  but look - last week, i managed to get my ass to barre class FIVE times! 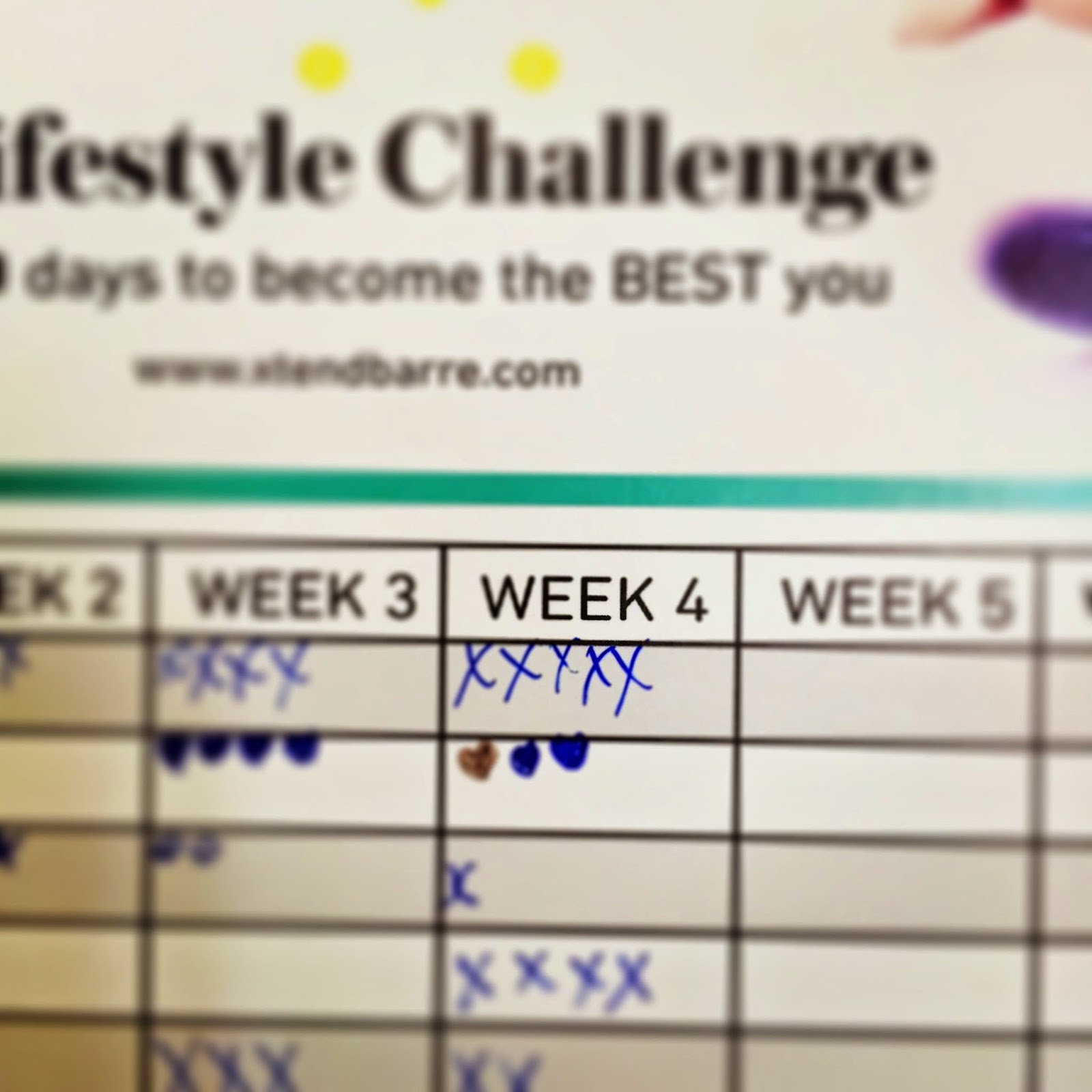 not to mention, the jeans i bought just a couple of months ago are getting pretty loose.  that's quite a yay!/boo., wouldn't you say?

when this recipe for clean muesli bars popped up on my facebook feed, i knew i had to try it.  i mean, part of the post title said "fruit-free."  hell-O.  right up my alley.  and because my kitchen is just full of healthy stuff these days, i had just about all of the ingredients on hand - except for the coconut, because ew, and cardamom, because why?  heh.

the mixture came together easily and baked in my oven in just under half an hour.  the bars sliced nicely and had a great texture, too.  looked just like the recipe photos: 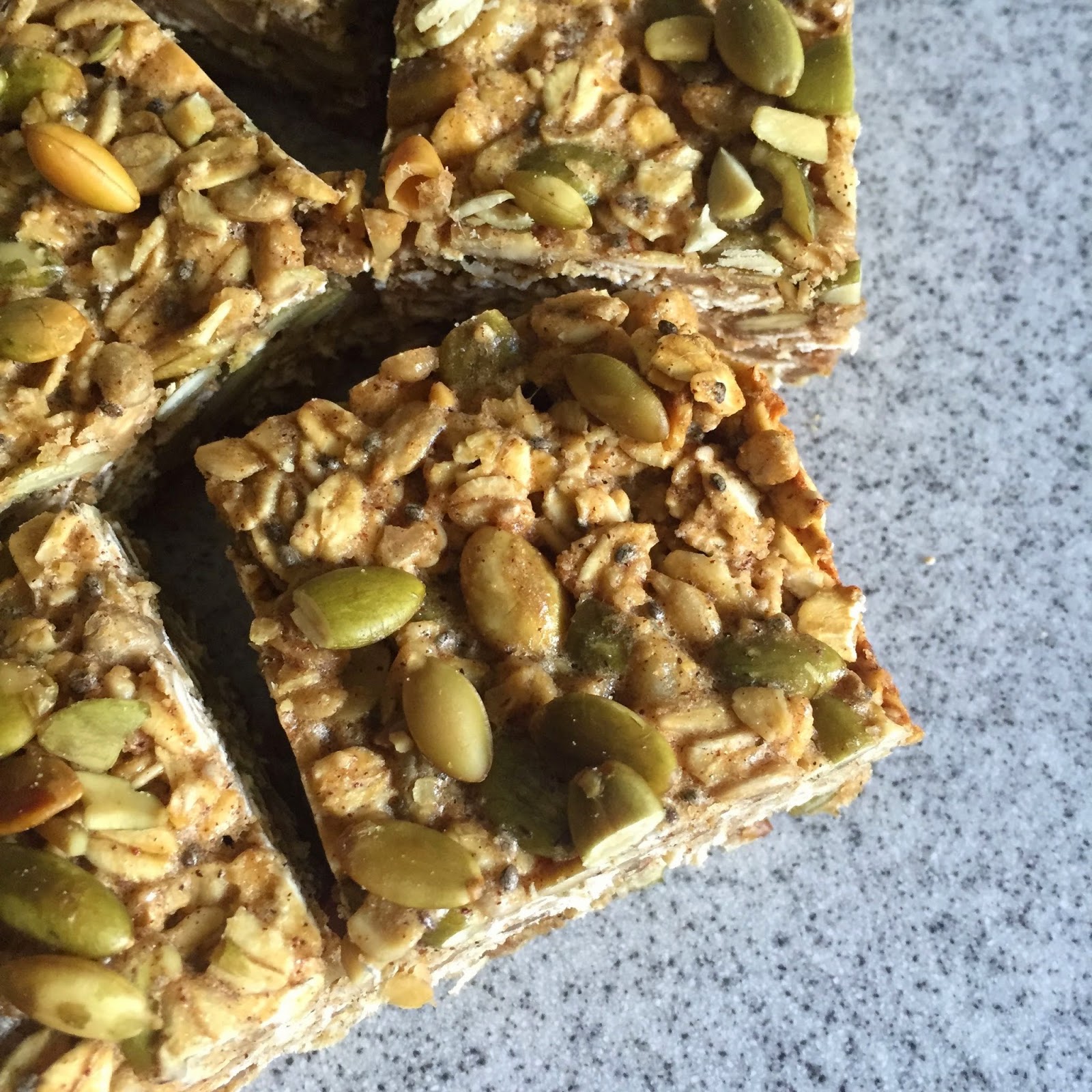 except that when i sampled one, i was...underwhelmed.  it was nice and chewy, kind of like those boxed granola bars that are actually really not very good for you but are super tasty.  but in this case, these are really nutritious and healthy but lack flavor.  it was just like eating a handful of plain nuts and seeds.  i think i'm going to have to experiment with drizzling honey or something on top of them. bummer.

luckily, the other recipes i've tried this week have been winners.  i hopped back onto the quinoa train with a yummy-sounding casserole recipe that involved making another cream of something soup substitute, plus some lovely broccoli and baked chicken.  this was a hit all around: 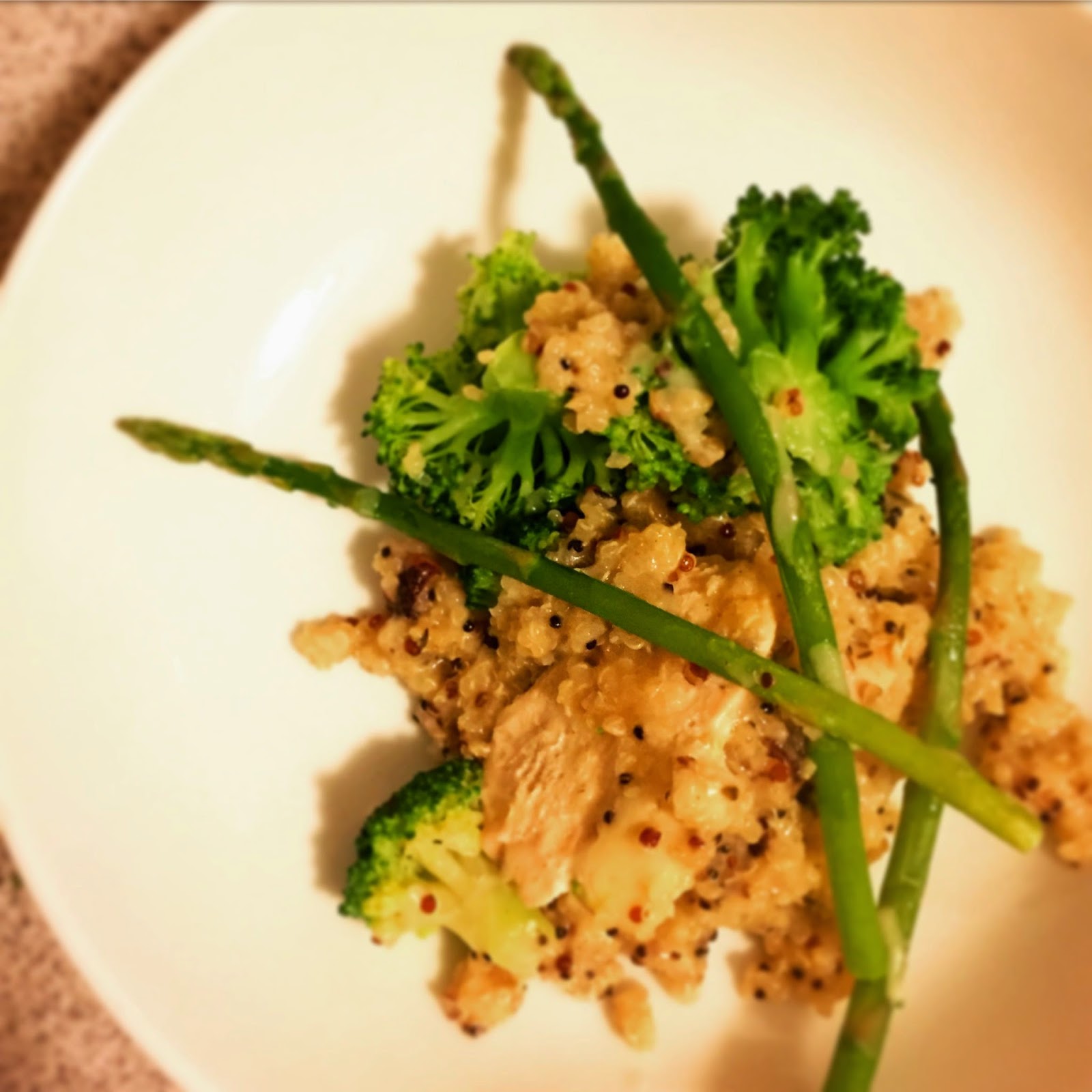 every other week, my girl scout co-leaders and i meet up to discuss what we're going to do at our next meeting with the girls.  last time, due to sitter issues we thought we'd just include the kids and take them to corner bakery for a kid-friendly dinner.  while it was fun, it was a little more challenging to focus on business and still keep an eye on the kids at the same time.  so this time, with sitter issues again, we decided to do it at the church where we have our usual meetings.  the room we use has plenty of toys and has a connecting door to the nursery, and we knew the girls would be safe and occupied and happy while we had a little quiet-ish time to talk shop.  since the timing was such that it wouldn't get us home before dinner, i decided to make a little happy meal for the bean to munch on.

at school, one of her favorite hot lunch offerings is the chicken burger.  so i'd picked up some ground chicken and put together some little mini sliders to serve in hawaiian rolls.  and because she loves ranch so much, i used this recipe to create my own mix that can be used as seasoning or mixed with some greek yogurt for dressing or dip. 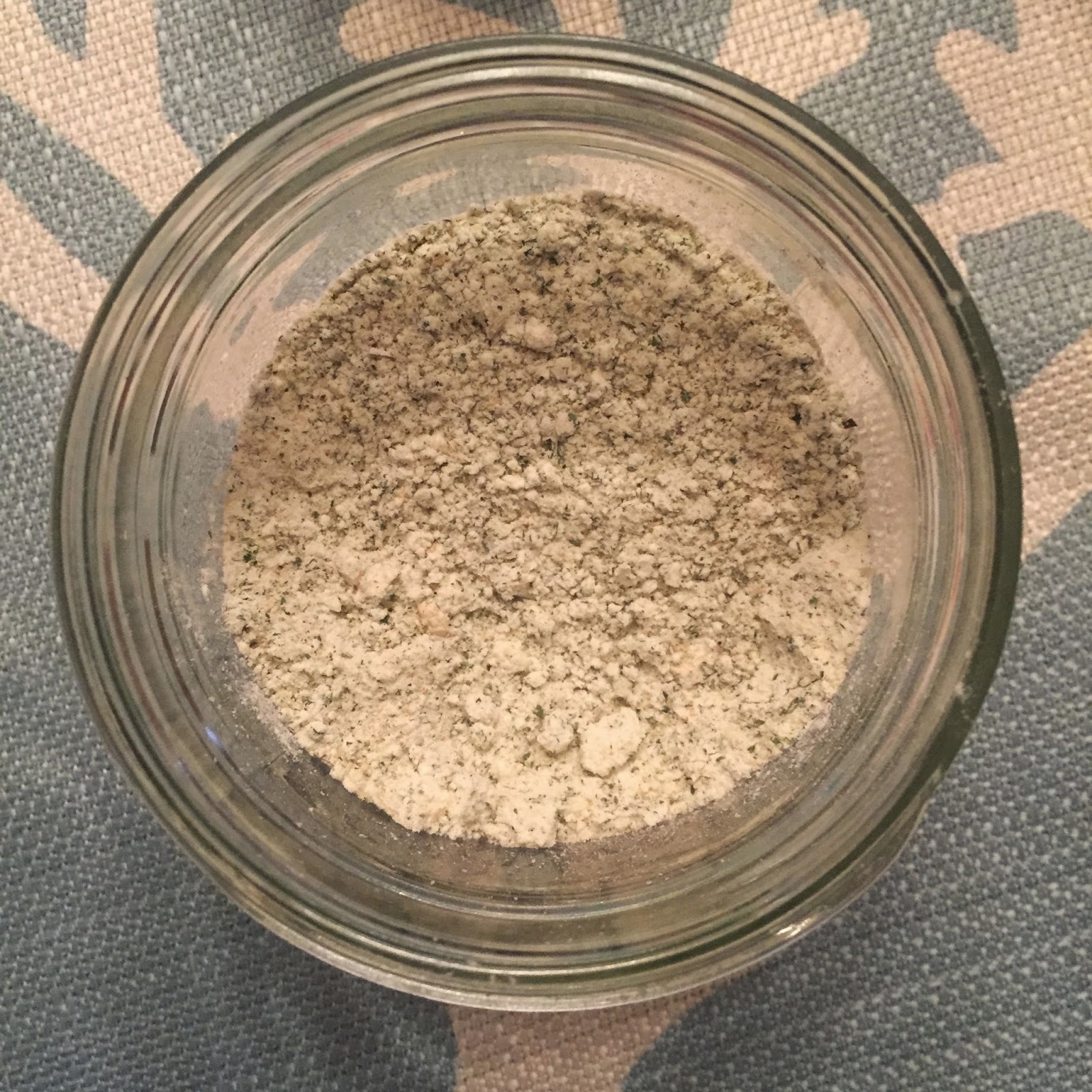 i'm sad to report, however, that my old baby food maker (aka mini food processor) may be out of commission as a result.  after i'd given the spices a whirl in it and poured them into my mason jar, i noticed a pretty sizable crack in the bowl: 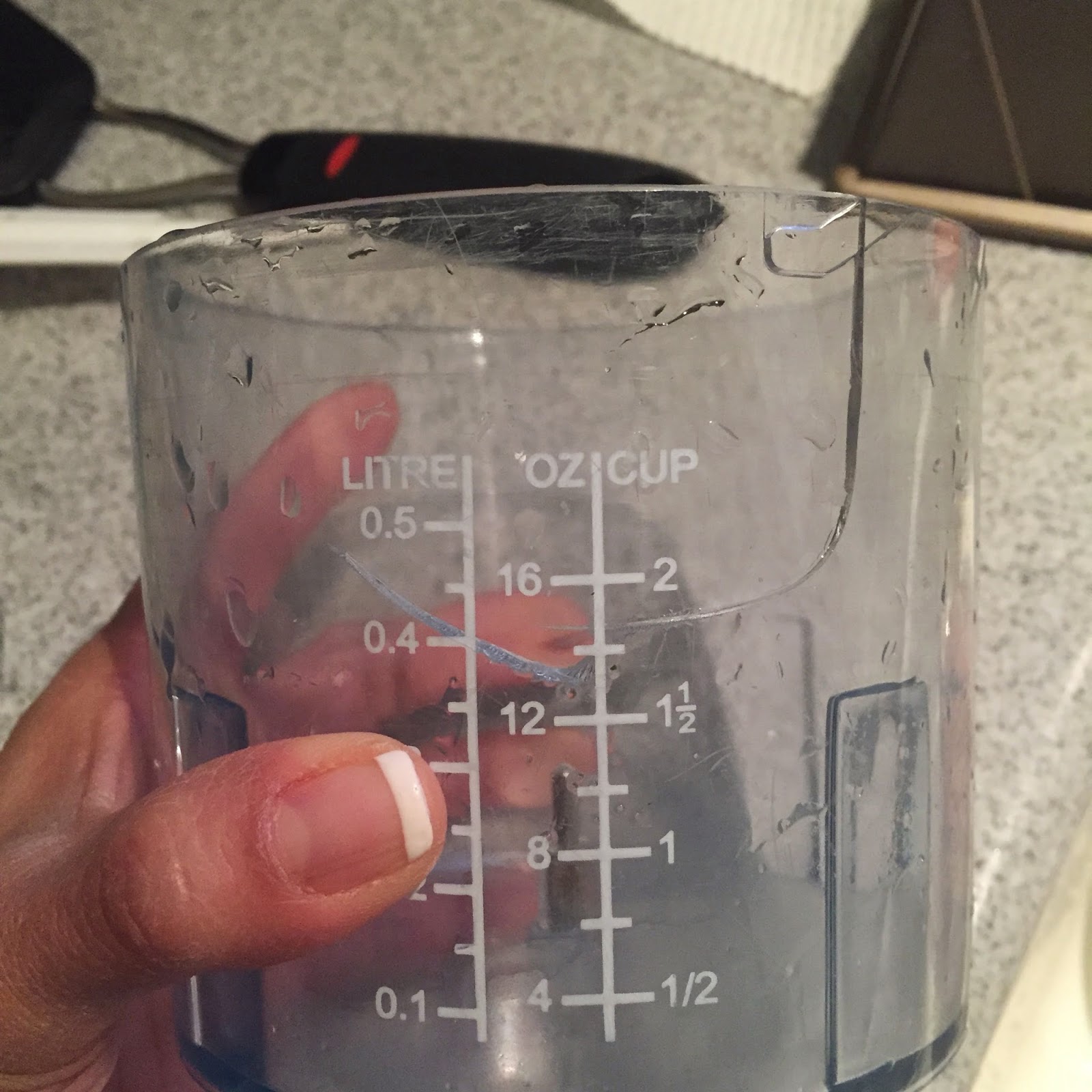 i was so bummed.  i pulled up the company's website to see if i could order a replacement, but really only had time to glance quickly to make sure the baby food maker was even still available (it is).  i'll have to investigate it further later.

after the gnocchi experiment last week, i had one lone russet potato sitting on the counter waiting for its turn in the spotlight.  and since a happy meal isn't complete without fries, that time was now.  i peeled and chopped that bad boy up into fry-like shapes, sprayed a little coconut oil on them and popped the pan into the oven.  40 minutes later, we had fries: 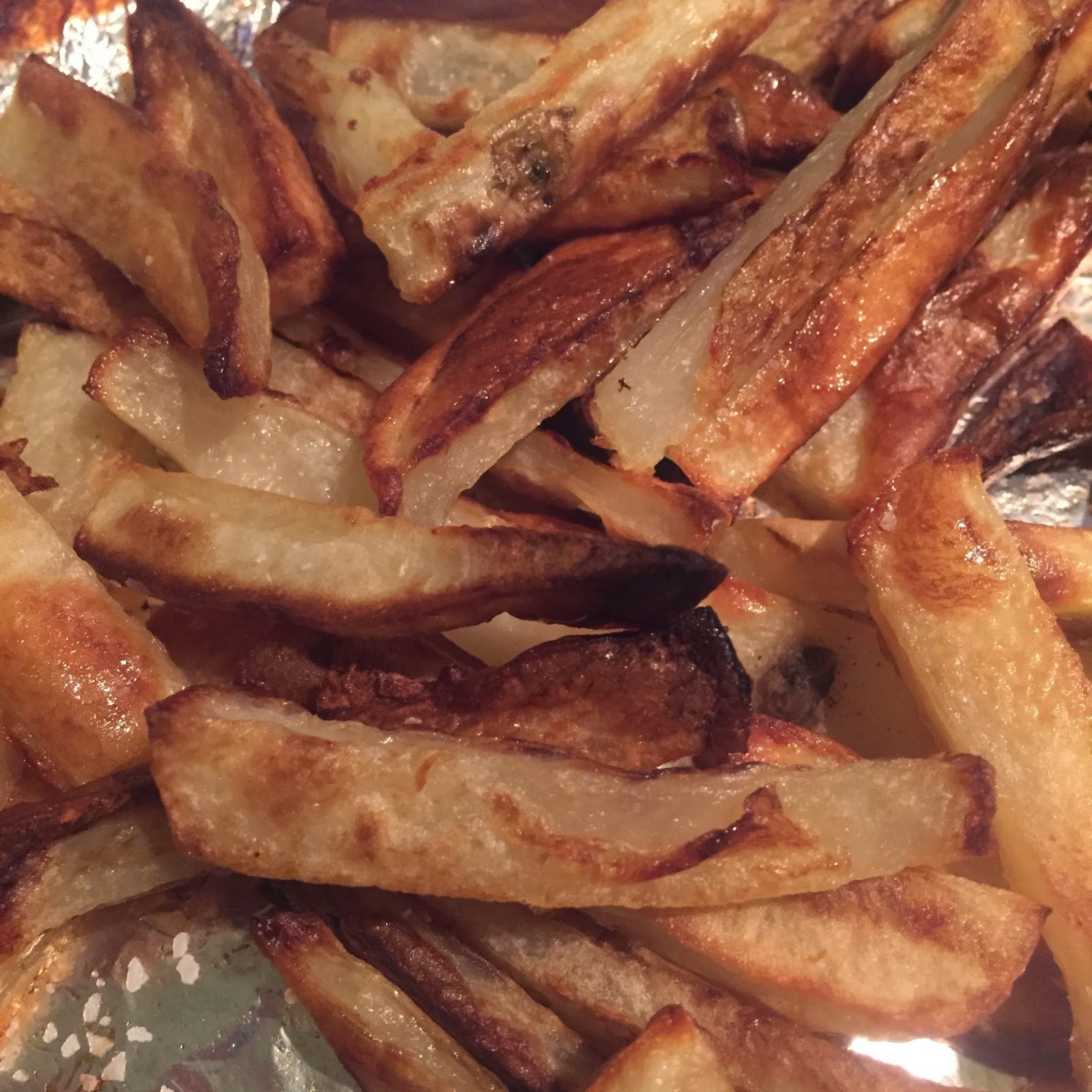 lastly, the slider patties went onto my trusty foreman grill, and about six minutes later i had these: 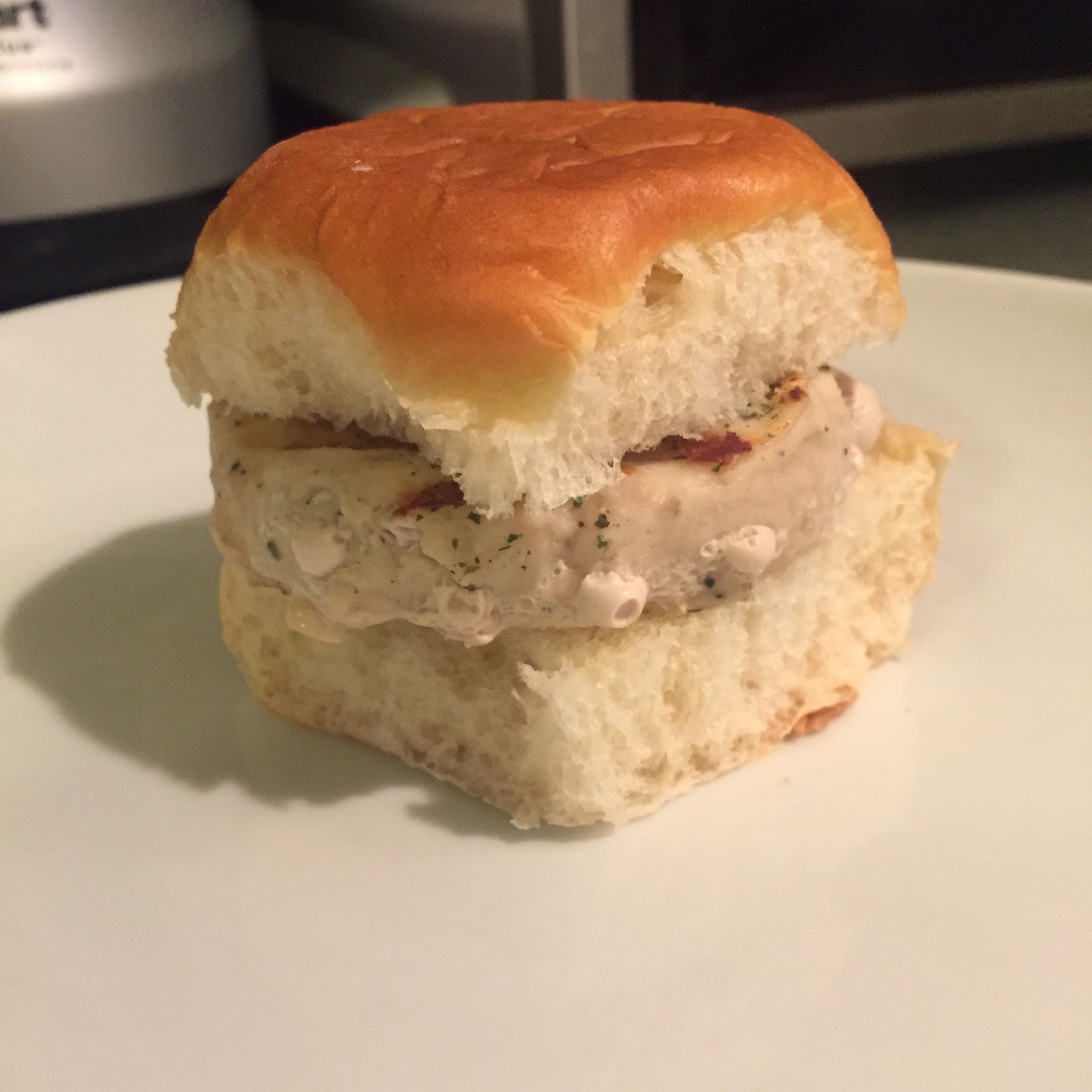 i found a container that was just the right size, and so here's what i served to the bean when we got to the meeting: 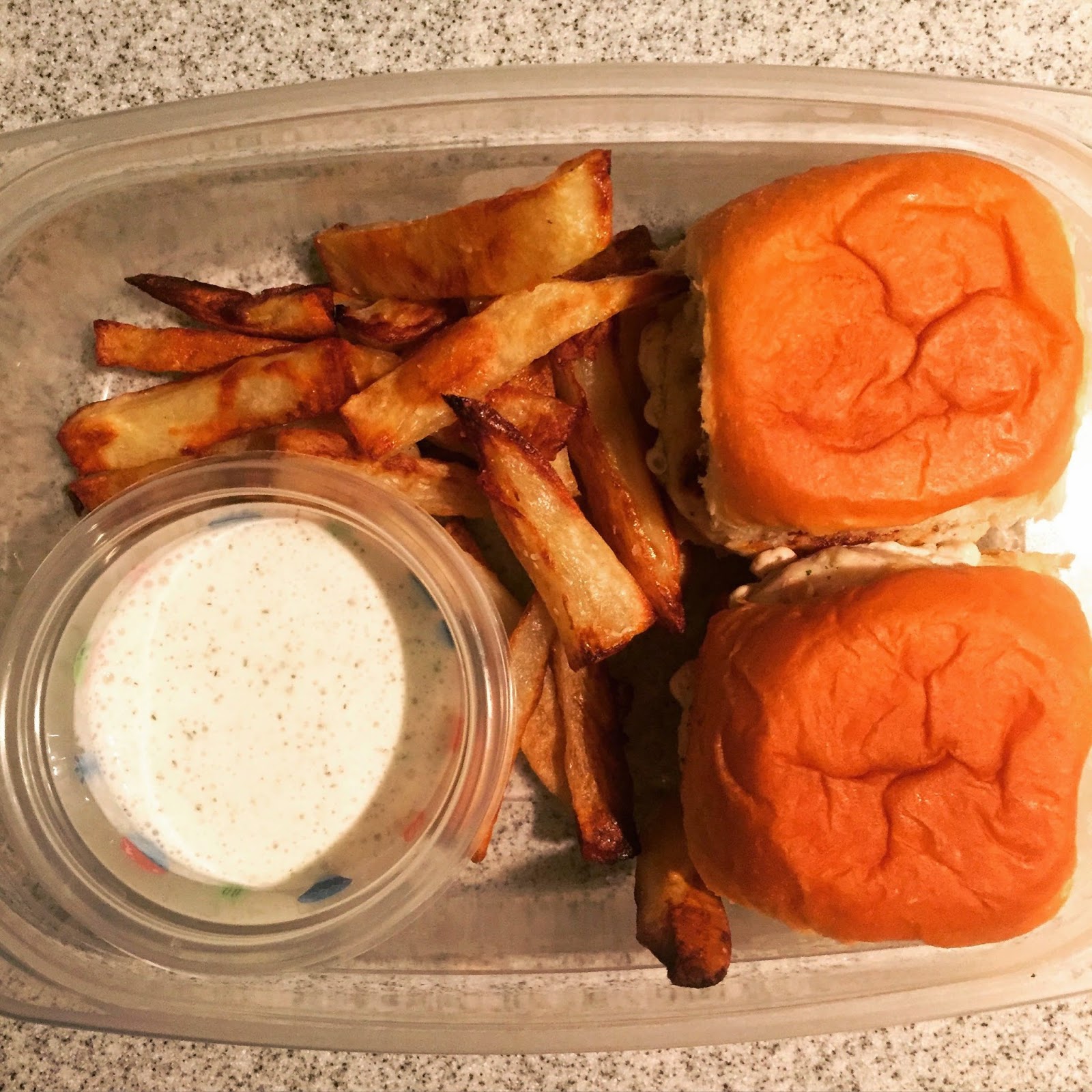 she loved it and ate every bite.  as someone said on my facebook page, all i was missing was a toy (she didn't notice this, lucky for me).  although her sister provided that when we got home, with some surprises from the disney store.  haha, yay!
at March 04, 2015