calgon, take me away

whew, this weekend was a whirlwind.  like, we packed so much stuff into two days, it's kind of crazy.

we kicked off saturday with the bean's very first trip to the orthodontist.  the dentist was a little concerned with how her bottom front teeth are crowding, resulting in some thinning in her gums.  i mean, once you lose gums that shit doesn't grow back.  and so he sent us to see the ortho posthaste, and thank god the bean is still in that sweet baby phase where she still thinks a dental appointment is her jam. 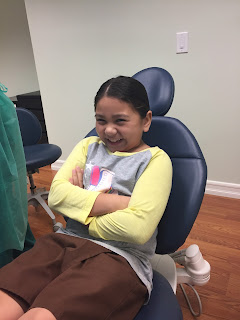 it helps that they make it fun, too.  like, who doesn't want to watch fun movies and look at paw prints on the ceiling?  today it was "big hero 6." 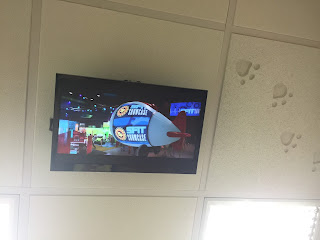 then the ortho came in and took a quick peek to see what all the fuss was about. 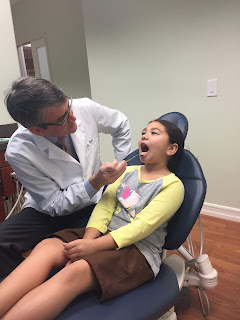 he assigned one of his assistants to take her over for a full 360-degree x-ray, and the machine reminded me of the one i'd just visited for my mammogram.  happily, there was no pain involved with this process.  i did have to stand back for the actual x-raying though, because radiation. 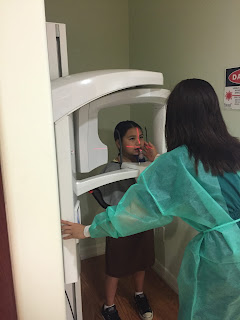 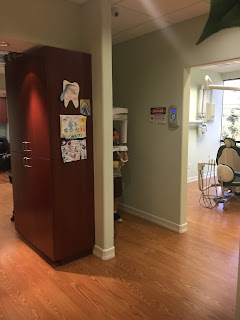 then she settled back into the chair with a nice soft blanket.  it was chilly in the office, and the assistant was happy to bring her something to warm up from the stack of blankets they keep in the back. 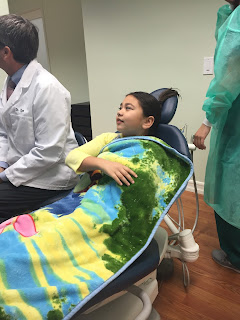 so it seems that she needs to have a couple of bottom baby teeth pulled, some sort of orthodontic device installed behind the front teeth, and braces on top for a year.  she was so excited - again, it's cute that she's still at an age where this stuff is super cool.  like, she wanted to have those braces put on that day.  heh.  it'll take about a month, but it's coming.  that'll be interesting.

from there, she went to her saturday math and science class while i headed home to grab supplies for our first cookie booth.  we were scheduled at the local walmart for a couple of hours, and one of our parents had offered up the use of their EZ-up tent so that the girls wouldn't bake out in the sun. 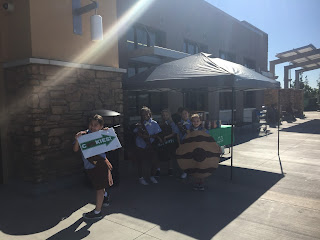 the time flew by, and it was fun watching the girls do their best to hawk their wares.  in the end, they sold about a hundred boxes and had a great time doing it.  this year, my co-leader and i had scheduled plenty of parent back-up, making it extra easy for us to make sure everything was running smoothly while staying in the background.  this meant that we didn't forget to get at least one selfie. 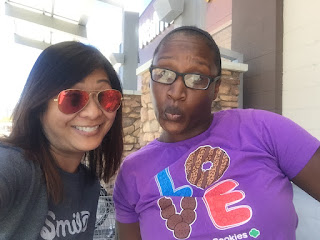 from there, the bean went off with my co-leader's daughter to head out to rockin' jump for some playtime.  i had a little bit of downtime to kind of relax and unwind a little before heading back out to meet up with my co-leader again.  this time, it was to help her provide volunteers for the local wine walk in the downtown area. 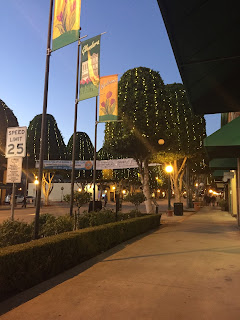 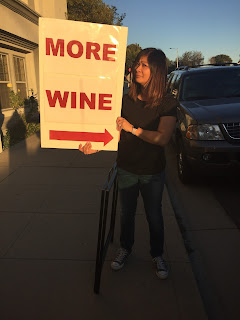 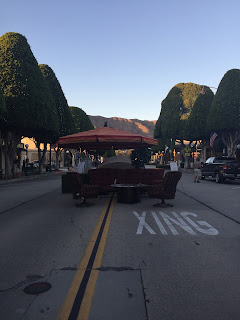 the old lady and i were tasked with the job of sitting at the corner and making sure that no one left the area with wine in their glasses.  but because this is sleepy, conservative glendora, it was a pretty laid-back job.  in fact, i don't think we even had to tell a single person anything other than where to go for more wine.  the giant "no alcohol beyond this point" signs helped a lot too.  we ended up spending our whole shift just sitting there shooting the shit and laughing our asses off at the antics of the few animated folks who busted a move to the music and tripped over curbs and things. 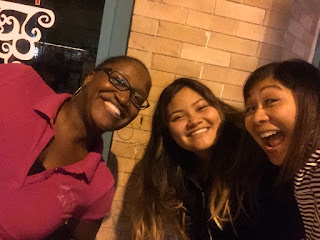 my bed was extra comfy that night after all that activity.  whew.  and we still have almost an entire MONTH of cookie season left.  not to mention, the bean is about to kick off a month of fundraising for school via their annual jog-a-thon.

Email ThisBlogThis!Share to TwitterShare to FacebookShare to Pinterest
Labels: busy bean, dentists aren't so scary after all, girl scouts