last week, the bean and my co-leader's daughter worked it at several cookie booths together.  we've noticed that they seem to feed off of each other's energy at the booths, which turns into a ton of cuteness that customers can't resist.  they make up funny little songs and dances to entice customers and also to thank those who just walk on by, and as a result, these two have now sold over 500 boxes of cookies each: 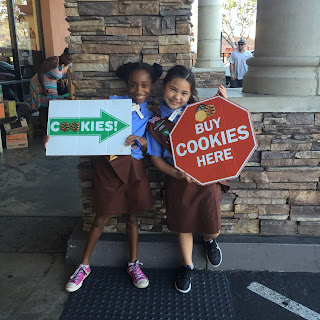 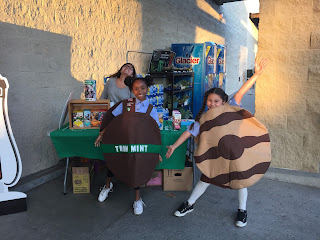 they both really wanted to hit 500 this year, which is a huge difference from last year's 250 sold.  of course, last year we only did 3 booths as a troop and this year we signed up for 25, so there you go.  speaking of cookie sales, our local chapter was offering this awesome patch to all girls and volunteers who did any sales in the rain. 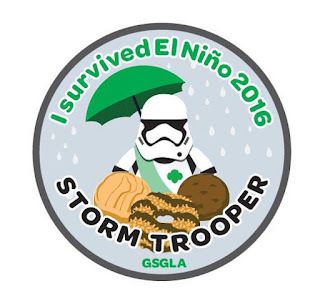 while that promised "el niño" hasn't really made much of appearance, when the forecast finally showed a bit of precipitation for one day last week, we scrambled to book a booth at the grocery store.  and sure enough... 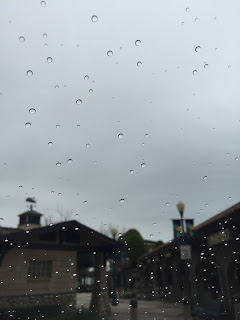 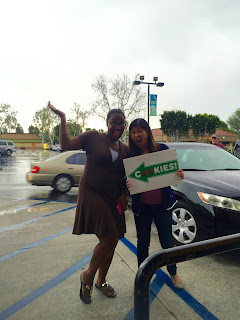 also, at our leader meeting, we were presented with a certificate for retaining 100% of our girls from last year. 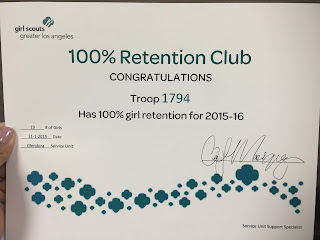 we've already had a couple of our girls drop out this year, so sadly we won't be collecting another one of these.  that's okay, though.

oh, and we had a special guest at one of our booths last week: 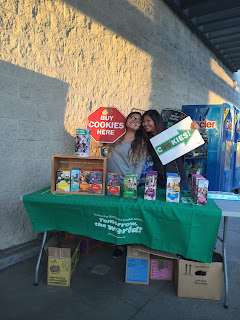 she's made the greatest assistant leader ever.  she's sold lots of cookies at work and comes to help us out at as many of our meetings and events as she can.

now we're in the final two weeks of cookies.  cross your fingers for me that i survive until then.
at February 22, 2016