friday was a jam-packed day - yeah, a lot of our days are, but this one was particularly crazy busy.  we kicked it off with the patriotic program that the bean's class had been working on for the last few weeks, in celebration of president's day. 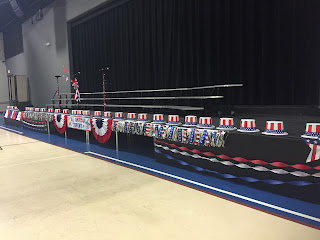 the kids put on a really cute program, during which they dressed up as historical figures such as paul revere, abraham lincoln, martin luther king jr., JFK, and my personal favorite...betsy ross: 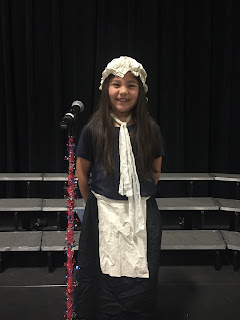 she was actually one of six girls who played betsy ross, and they all got to recite a line that described her life and her contribution to our country.  there were, of course, lots of songs full of patriotism and facts about the various states that make up our country.  during this one, the kids held up flags that they had hand-drawn for the state that they'd been assigned.  the bean was one of a handful who got two states: 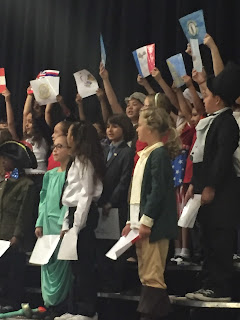 the teachers had asked the kids to invite their family members who were members of the military, past and present, and the program was capped off with a super emotional tribute to them.  the kids proudly walked their family member up to the stage, where they clutched their hands and beamed at the audience.  and there were a few who held a picture of their loved ones who had passed on, and i'm pretty sure there wasn't a dry eye in the house.  i mean, come on - cute kids in costumes singing patriotic songs and military vets??  i told the teachers they needed to put boxes of tissue at every row for next year, or at least give us a heads up.  anyway, it was a really touching assembly and we were happy to get to see the bean for a few minutes before she had to get back to class. 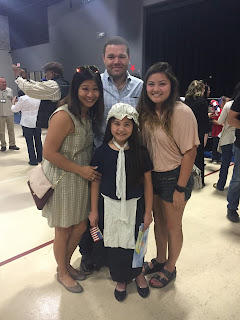 the old lady and i had time to run a couple of errands before we headed back to school to help out with the classroom's banana split valentine's party. 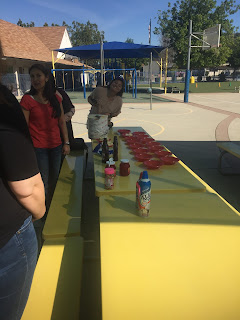 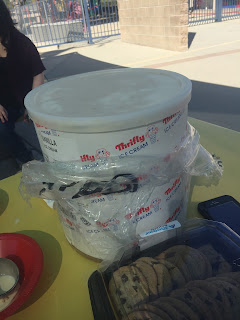 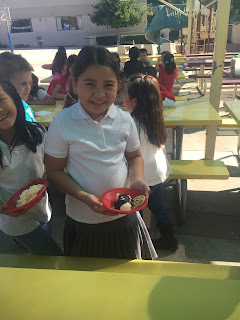 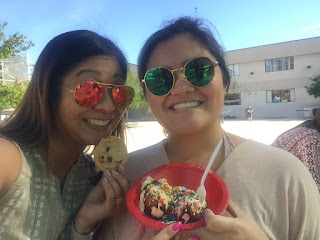 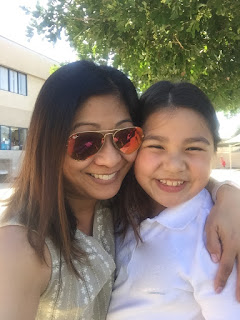 their classroom was super festive with all of the cute bags they'd decorated to hold their valentines. 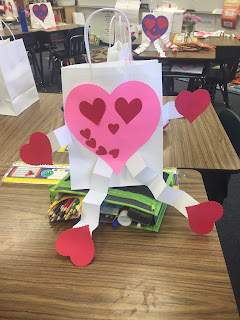 later, after her usual friday routine of piano lesson and hula class, we headed to the church for our girl scout valentine's party.  the meeting was set up with various activity stations, which always seems to go over really well with the girls.  here, we set up the photo booth: 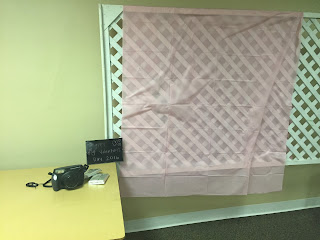 a station to make a frame for that photo: 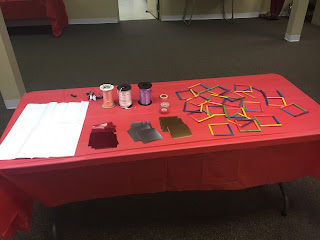 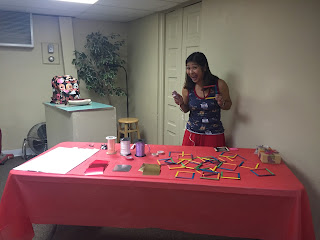 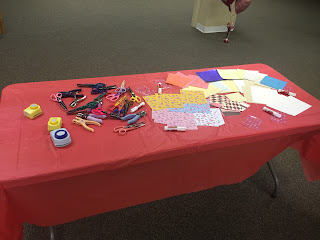 here, they got to use perler beads to make a really cool bowl.  i never did get around to a shot of the finished product, but because the bowls took awhile to bake in the oven not everyone got to make one this time.  i'll show you what it looks like when we get a chance to bring that craft back. 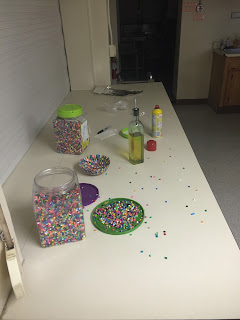 my bargain shopping in target's dollar aisle had paid off when i found these super cute felt envelopes for the valentines they had for each other. 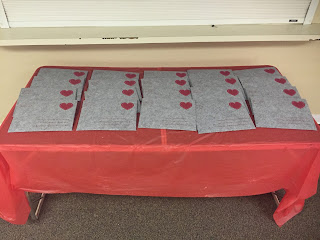 before the party started, my co-leader, the old lady and i got together to make a sample frame so that the girls could see what it would look like. 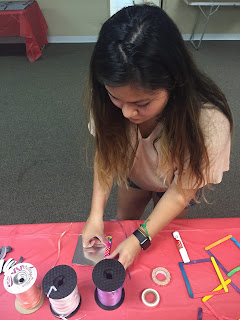 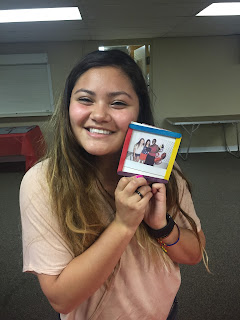 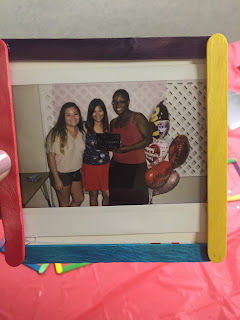 and as the girls finished theirs, i wrapped them up in sparkly tissue paper so that they could take them home as gifts for their families. 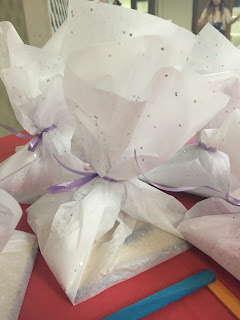 the meeting was a smashing success, and we were wiped out when we finally made it home.  of course, we had just enough time to get some rest before the weekend.  the fun never stops, folks.
at February 17, 2016