in true birthday princess fashion, the bean got to start celebrating a whole week early.  because her scheduled birthday party happened to conflict with mini cee's soccer game, we decided to get together and go somewhere that the bean's been dying to return to since we celebrated her sister's birthday: 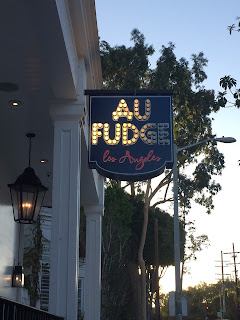 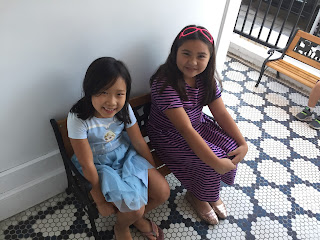 it was nice to be seated in the bright, airy patio area this time instead of inside next to the bar.  we sat down just long enough to order food, as the girls were dying to get into the playroom and do their thing.  photo credit for most of these shots goes to lilcee: 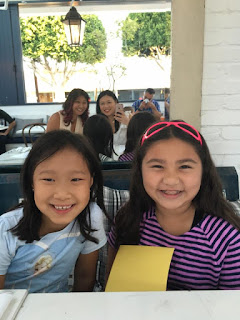 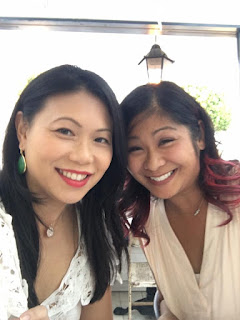 after getting the girls checked in, we headed up into the treehouse to take a look.  i hadn't gotten up there last time, so it was kind of fun to check it out. 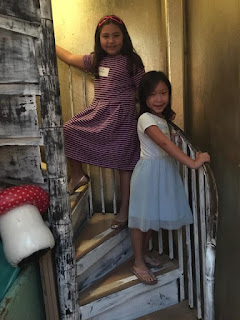 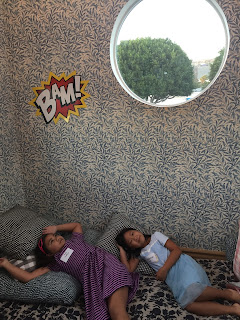 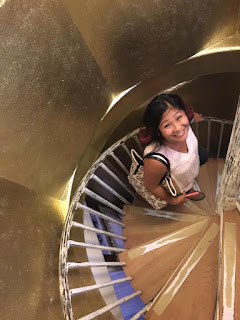 there was a super cute gallery of hand-drawn art.  i think we all know who the three in the middle are, right? 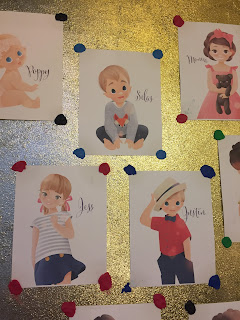 back at the table, lilcee and i started munching on the food as it arrived.  the girls had ordered typical kid fare - pretzel bites, sliders, chicken tenders, fries. 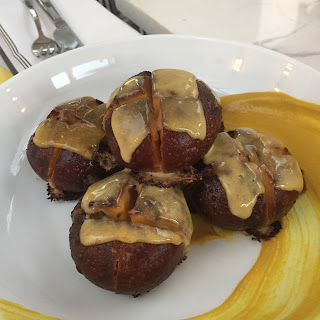 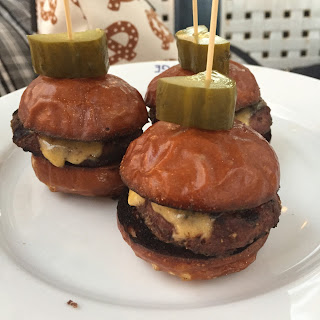 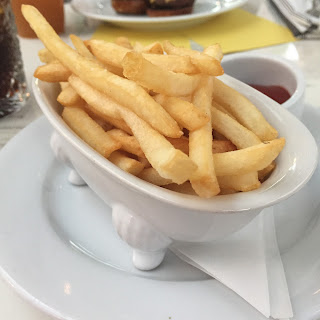 the childcare room closed at 8:00, and so the girls finally came back to eat.  we ordered the s'mores dip for dessert, which we devoured happily. 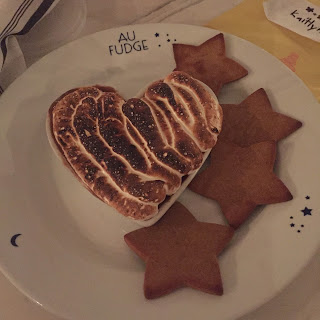 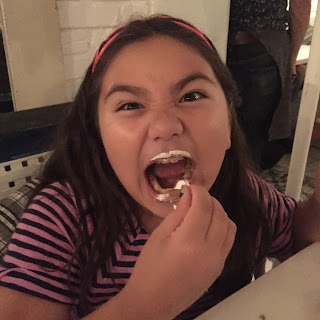 before we left, we stopped in the back to take a potty break. 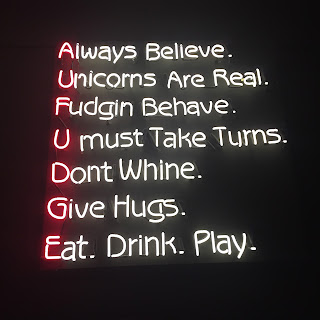 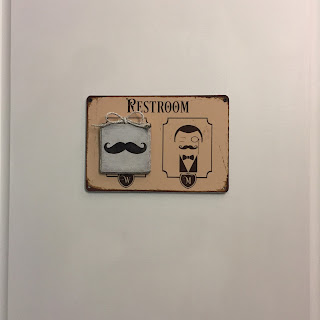 there was a box of fancy organic tampons in there (which i never knew even existed), but it was empty...of course. 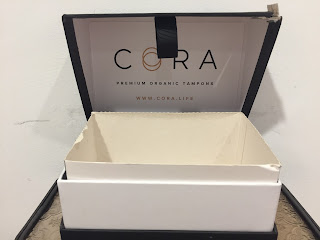 and then on the way out, we stopped in the photo booth for some souvenirs. 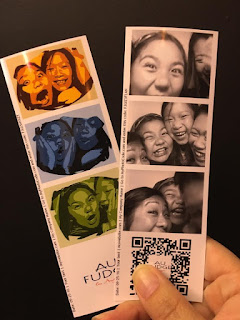 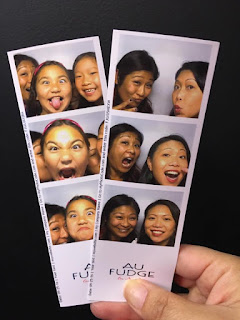 i don't actually know if i'd go again.  i think maybe twice is enough.the food really wasn't that great, and it's pretty pricey for what you get.  and let's get real - we're never going to actually run into JT there.

Email ThisBlogThis!Share to TwitterShare to FacebookShare to Pinterest
Labels: bean's birthday, wan and JT sitting in a tree