the hub surprised us again when he decided to buy us tickets to this year's "mickey's not so scary halloween party" at disneyland.  it helped that he had a couple of friends who were taking their families too, and i mean...you don't have to ask us twice.

we scrambled to put some costumes together - the bean had already decided what she wanted to be for halloween this year, but i hadn't done any work on her ensemble yet.  so after a couple of quick trips to the fabric store and joann's, plus a little guidance from the hat we'd already bought at disneyland a few weeks prior, i managed to cobble it together.  voila - the cutest little hollywood tower hotel bellhop you ever did see: 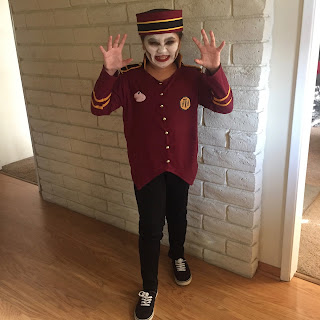 given her hatred of makeup, we were pretty surprised that she was willing to do the zombie white face.  but she was all in, and she was even willing to take a picture of the lame costume i'd put together for myself: 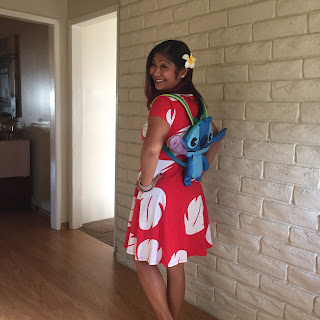 the old lady had decided to go simple, with an all black outfit and a pair of maleficent horns. 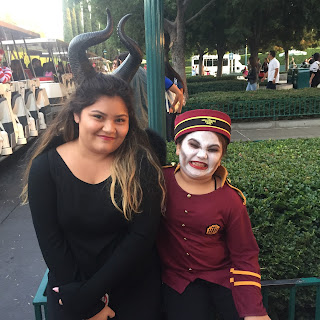 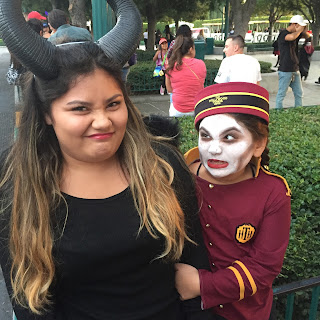 and while the hub isn't much into dressing up, i decided he could wear a black t-shirt with a skull iron-on, a la sid from "toy story." 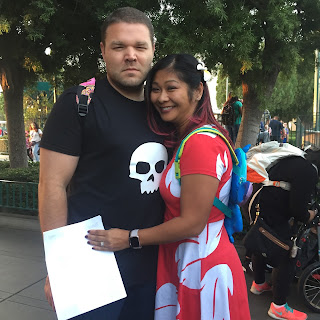 based on previous experience, we'd brought a big backpack to tote around all the candy we'd be getting at the trick-or-treat trails.  he wasn't particularly thrilled about having to carry the donut-covered backpack, but he's a good sport. 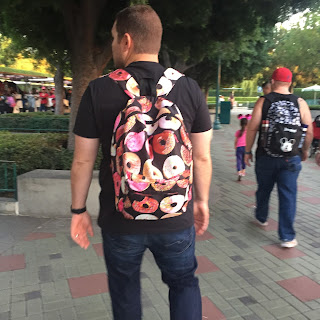 we didn't take a ton of group photos, but we did get this selfie: 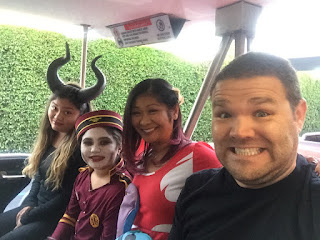 it was the first night of the halloween party, but the decorations had been up for at least a week. 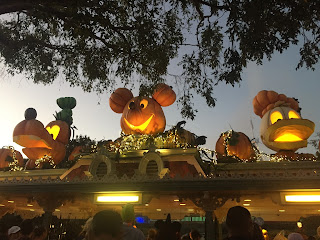 after going through the turnstiles, we received our wristbands and trick-or-treat bags and headed on into the park. 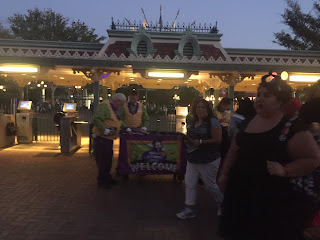 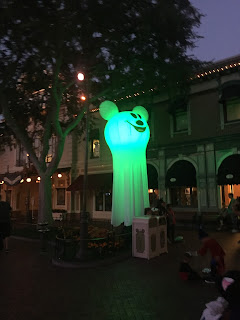 as we attempted another group selfie on main street, a couple walking by offered to take it for us. 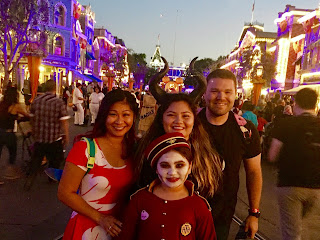 we got to the first candy stop pretty quickly, and it was fully decorated all along the way. 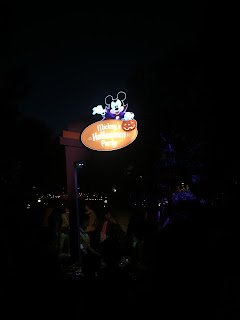 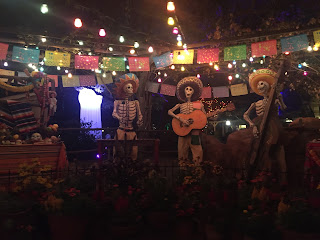 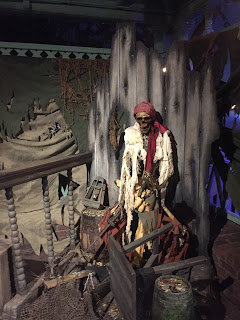 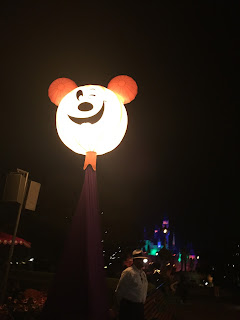 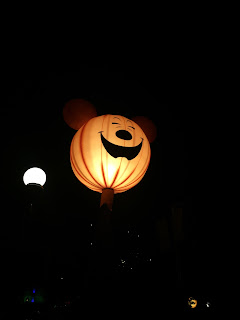 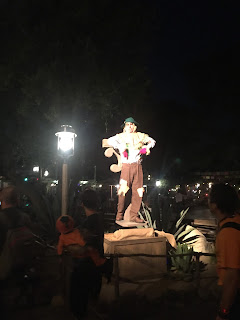 the haunted mansion was all dressed up with the annual "nightmare before christmas" overlay.  this year, sally joined the party. 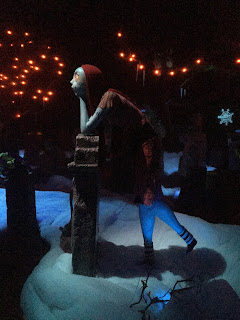 we managed to catch a quick glimpse of the lobby at club 33 before the cast member shut the door. 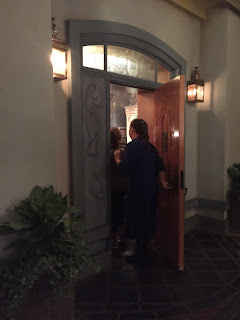 it was a really fun evening.  we ate a lot of candy, shared a turkey leg, watched the special fireworks show and tried to catch a glimpse of the new halloween parade.  and the best part was the super short lines for all the best rides.  we rode 'em all - space mountain, big thunder, indiana jones, you name it, we did it.  and we shut the place down - all the way till midnight. the weird part is that now it's almost like halloween is over since we've already worn our costumes.  i guess that's what happens when you do this more than a month before the actual day.  but since halloween is on a monday this year, maybe that was a good move after all.
at October 07, 2016