there's a huge wave of october birthdays in the bean's circle.  the entire month is always full of celebrations, usually starting with hers since she was born on the first.  and two of her closest friends actually share a birthday, and this year they decided to do a joint celebration with a small group of buddies.  they kicked it off with a slumber party on saturday night, where they got to do a backyard movie night complete with a pizza dinner and snacks. 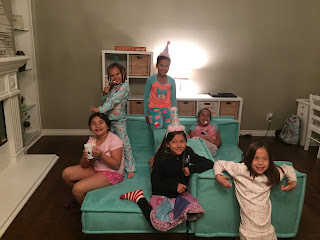 the next morning, the fun continued as we moved the party to knott's berry farm.  unfortunately, one of our birthday girls ended up falling ill and had to spend her birthday in the ER.  we felt so bad for her, but promised her that we'd schedule a re-do for her as soon as possible.

as we waited for everyone to get through the turnstile, we took a couple of pics (shocker). 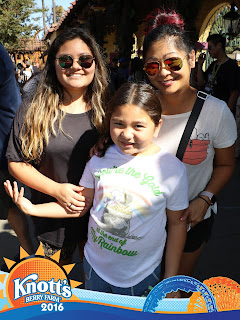 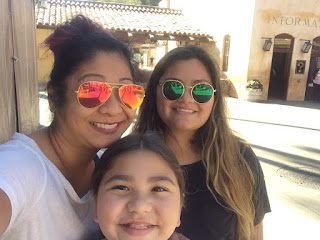 the girls decided that they wanted to ride the pony express first.  the line wasn't too long, and we were screaming our heads off in no time. 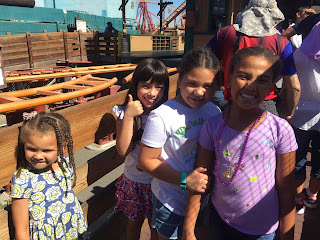 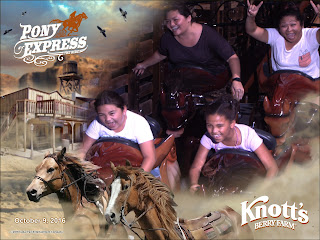 it ended up being a really warm day, and with the rapids ride right next to us, a few of us decided to see if we could get ourselves cooled off. 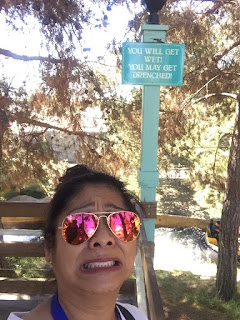 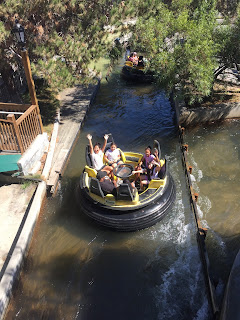 we stopped for lunch at the johnny rockets near the back of the park. 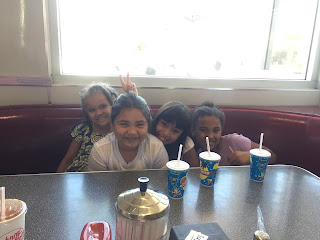 our group was split into two cars for the next roller coaster, which looked relatively tame from the ground.  it had a pretty gnarly drop at the beginning though, and i think i left my stomach somewhere near the top.  we all survived, though. 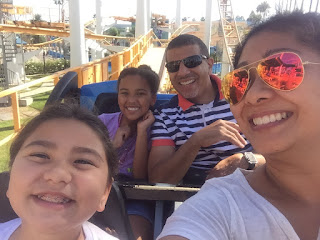 the girls all wanted to do the log ride next...along with pretty much the rest of the park.  we waited the longest in this line.  it was fun though, so i guess it was worth it. 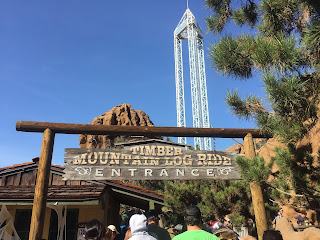 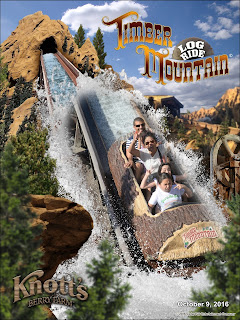 we met up with the girls' moms and their little sisters in the camp snoopy area, where they decided to get on one of the little kid rides together. 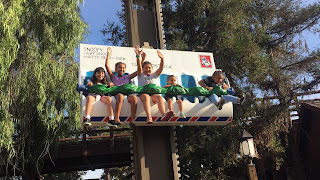 this was our final ride of the day, which is my personal favorite in the whole park. 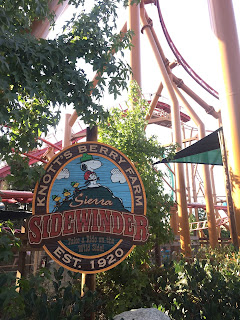 we tried to talk them into the silver bullet ride, which is pretty awesome but has a lot of twists, turns, flips and corkscrews.  we got a big fat "nope" for that one. 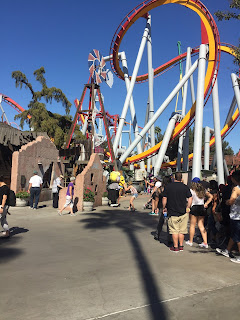 and so we settled for taking a few group photos instead before heading out of the park.  it was a "knott's scary farm" night, which meant that the park was closing at 5pm to everyone except those who held tickets for that event.  that's also a big fat "nope," but from all of us.  none of us like to be scared like that. 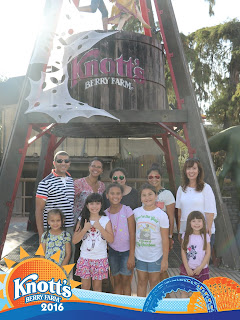 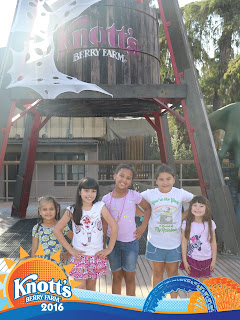 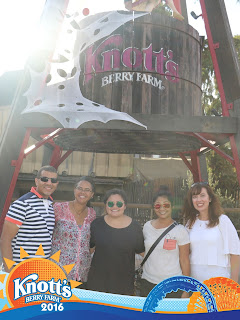 but that's okay.  the fun wasn't over, because it's not a trip to knott's without a stop for fried chicken. 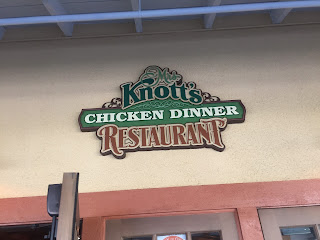 the restaurant has been remodeled extensively since our last trip here, so it was nice to see the changes and how nice they've made it.  we enjoyed a nice dinner together, capped off with a hearty round of "happy birthday" for the birthday girl. 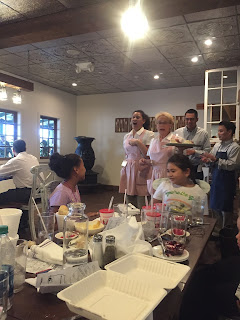 so much fun!  i love that the bean has friends with parents who we've become really good friends with too.  makes outings like this pretty stinking awesome.
at October 19, 2016

Email ThisBlogThis!Share to TwitterShare to FacebookShare to Pinterest
Labels: knott's berry farm, the bean is a party animal