remember last year, when the bean performed a hula solo at the school talent show?  well, this time around, she and a handful of friends got together at school and decided that they wanted to do an act as a group.  of course, this was all decided at the very last minute - i'm talking like the day before permission forms were all due in to the drama teacher.  sounds like she inherited the procrastination gene from...well, let's not get into that.

they had a little less than a week from that day till auditions.  last year, they went through the motions of an audition mostly to see what the acts were going to look like and figure out timing.  this year, with 40 acts comprised of somewhere in the neighborhood of 70 kids, we were told that they wouldn't be able to keep all of the acts.  makes sense - they'd be there all freaking night if we had to sit through that many performances.

so with that in mind, i and the parents of the other girls in their group tried our best to prep them for possible rejection.  they wanted to do a puppet show, and by monday, i told the bean that if they didn't get it together by the end of that day with a solid plot and script in mind, they probably needed to pull out and plan better for next year.

and what do you know - that apparently lit a fire under their little asses, because when she got in the car that afternoon after school, she told me that they were going to do their own version of "goldilocks and the three bears."  YARG.

the very next day, she came home with a script and a mission - to practice her role as "goldilocks" and to start creating puppets.  WUT.  one of the moms came up with a pretty brilliant idea though - to use stuffed animals to tell the story.  and with about half a dozen bags of stuffies that the bean had just set aside to donate to a local shelter, we invited that mom and her daughter to come over and go through the script and pick out some potential characters for the performance.

one mom was tasked with putting together the stage, and the other with creating something to represent the three bowls of spaghetti - these bears didn't want to eat porridge - and the beds for goldilocks to test out.  we got together at our house again the next day, this time with all four girls, and got started on practicing their lines.  we needed to get the entire performance down to two minutes, and we knew that the closer we got to that time the better their chances would be of making the cut.

the stage was pretty ingenious - it was a baby gate bent into a rectangular shape with PVC pipe to hold up a black backdrop. 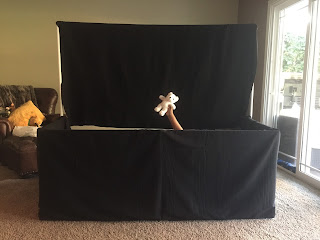 after a bunch of revisions to the script, slashing entire scenes and combining a couple to cut down the time, the girls had it down to a science.  when we finally got them down to right around 2:08, we called it a wrap and shut it down for the night. 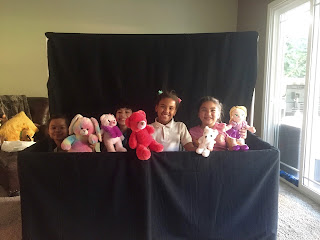 the audition was short and sweet.  since the girls are older now, they had to go through their entire audition without any parents present - just them and the panel of judges.  they had a little time to practice beforehand, and then they went in.  the judges were suitably impressed with our little stage, and seemed excited to see what the girls had in store for them.

now, i'm not gonna lie - i was half hoping they wouldn't make it.  that's terrible, i know.  but man...it's freaking stressful!  prepping, auditioning, practicing, performing.  too much for my lyfe.  we were told at the audition that the lineup of acts would be posted online later that evening, and we pep-talked the girls, congratulating them on pulling it together in such a short amount of time, telling them they'd done a great job, but also to remember that they were going to cut down to probably half of the auditioning acts to keep the running showtime down to a minimum.  they all seemed ready for whatever decision they got, and expressed how much fun they'd had with the process.  such great attitudes from all of them, which made us all proud.

i'm sure you know what came next...they made it.  actually, from the looks of it, they didn't cut a single act.  i kind of wondered if that was because all of the acts were really that good, or if they just couldn't bear to shatter anyone's dreams of being onstage.  either way...we were going to the talent show!

we didn't have a long time to wait.  the final dress rehearsal was the following wednesday, and with a call time of 6:15 we all met up at 5:30 to get in a little more practice.  they did just fine, with a few tweaks here and there, and then they were up: 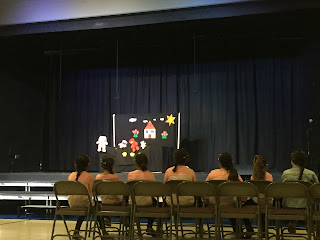 the next evening, it was showtime. 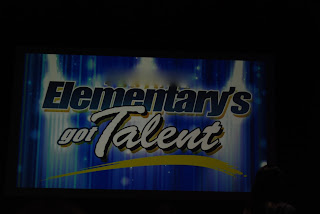 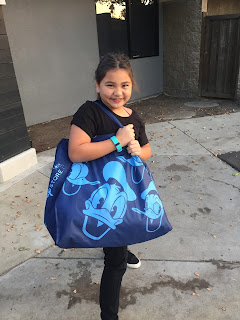 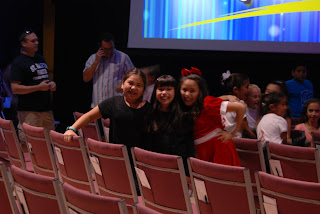 they started almost exactly at 6:30, with a full house and all 40 acts participating.  there were dancers, singers, piano pieces, even a kid who could solve not just one, but two rubik's cubes in just one minute.  i'm not gonna lie, that kid was freaking amazing.  and then it was the girls' turn: 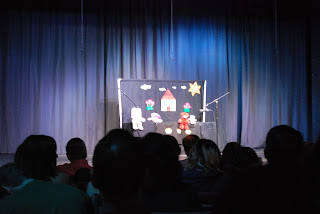 they got through their entire routine with a couple of hiccups that were hilarious - it was the kind of act that was made even better with little mistakes.  they got a nice round of applause and then returned to their reserved spots at the front of the audience.  i think everyone was relieved when they were done, and then the rest of the show went on pretty quickly.  the drama teacher really knows her shit, though - even with that many kids and that many different acts to manage, the entire show was done in an hour and a half.  we were outta there by 8:00.