seems like a good day to toss out a bunch of random pictures.  you know, a good old fashioned iPhone dump.

the hub and i recently celebrated our 16th dateaversary.  i know, i know, super cheese.  even the old lady totally rolled her eyes at us for that.  but that's okay, we do what we want.  here's an old picture of us from probably our second or third date: 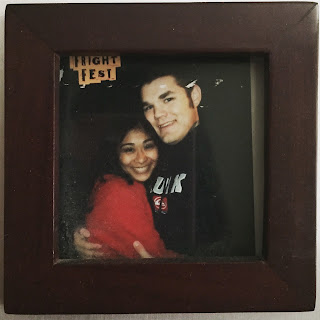 and then from our date night, where we did the tried-and-true dinner and a movie.  we don't look that different, do we?  heh. 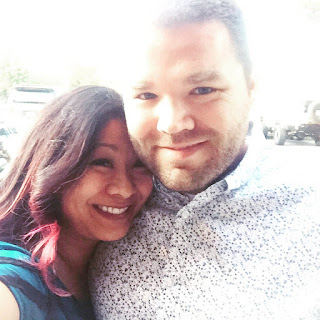 meanwhile, the bean cheered at her first football game of the year.  i love seeing her in uniform, it's just too cute. 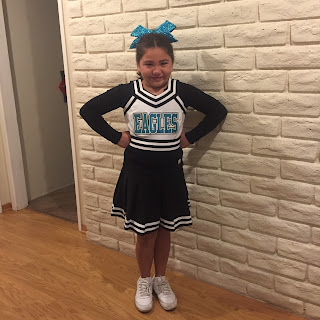 speaking of the bean, she asked me to make her some spam musubi for lunch one day.  i found a sushi rice mold i'd bought at daisy and decided to make her some little bite-sized musubis.  aren't they cute?  she said they were just as tasty. 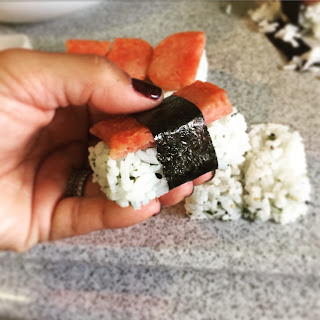 when we were shopping for costumes for that disneyland halloween party, i tried to convince the old lady that i should wear this, but she wouldn't let me. 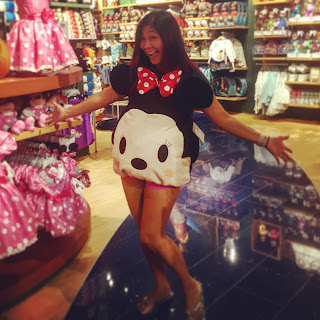 and then at costco, she shut me down again. 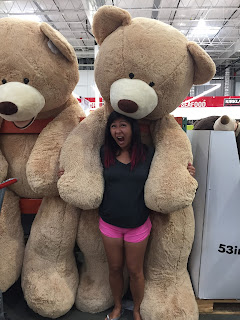 so i got her back by dragging her to barre, where we both got our asses handed to us. 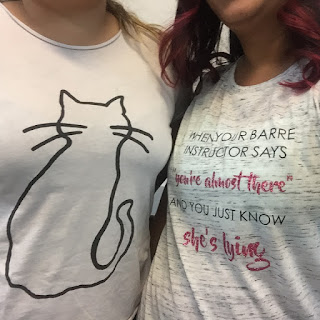 speaking of barre, i'd participated in the september 20-in-30 challenge and finished the month with 22 classes down.  i celebrated by ordering these super cute pretzel socks. 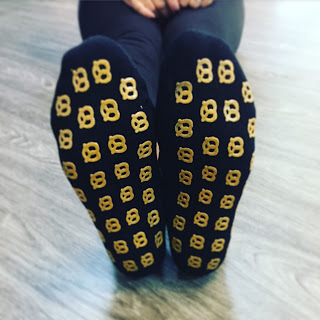 also, why is it okay for cops to do this?  i have lots of respect for them and what they sacrifice to keep us all safe.  but i don't get how this is okay.  and then i spotted him strolling out of starbucks with coffee in hand.  i didn't have the impression that it was an emergency of some sort.  whatevs. 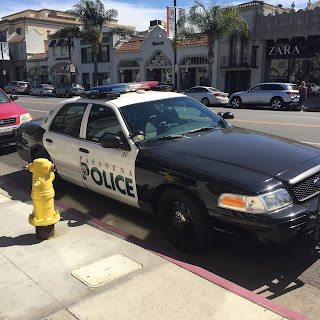 the bean was so upset when she got home one day after the housecleaners had come and saw her newton's cradle all tangled up.  i wasn't thrilled either - like, okay, maybe they accidentally knocked it over or something.  but then they just put it back and pretended like nothing happened and didn't bother to tell me about it?  WTF? 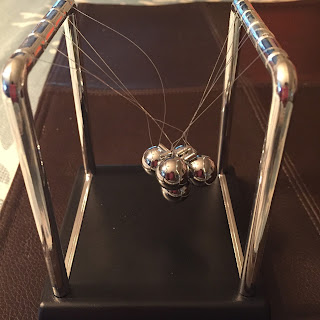 let's end this on a happy note, though.  scott foley and i shared another meaningful moment via twitter. 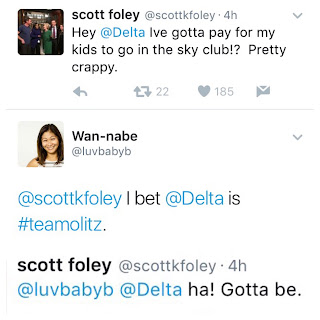